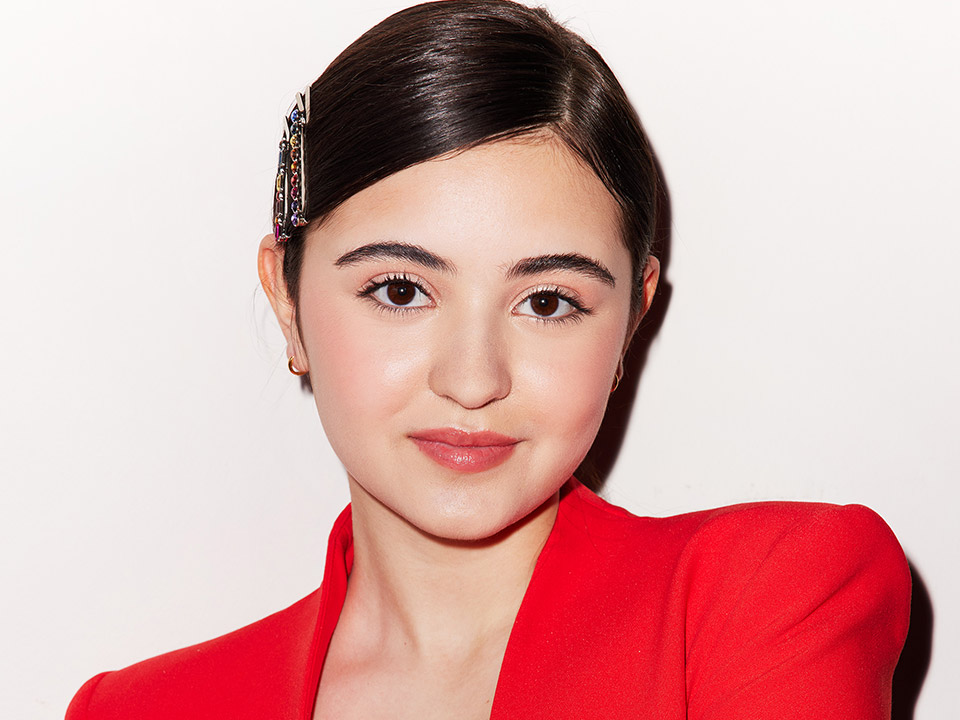 Check out our interview with actress Ella Mika who is taking over screens nationwide next month as she stars in TBS’ “CHAD.” The sure to be hit comedy premieres on April 6th and features SNL alum, Nasim Pedrad who created, wrote, and executive produced the show.

Ella stars as “Niki”, ‘Chad’s’ younger, popular sister, that often bickers with her dorky brother at school and in family settings. ‘Chad’ (Nasim Pedrad) is on a mission to become popular using every trick in the book, all while the two endure their mother’s new dating life and reconcile with cultural identity.

Ella also can be seen alongside Margot Robbie on Birds of Prey film.

Watch Ella Mika as Niki in “CHAD” premiering on April 6th on TBS. 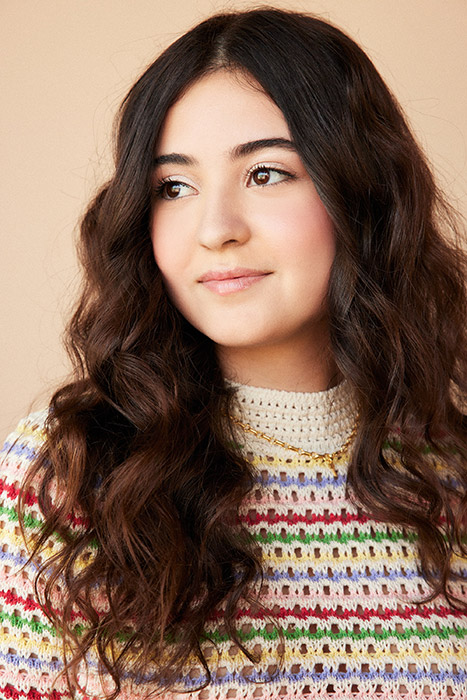 Hi Ella, please tell us a little about you.

I was born in Yerevan, Armenia and moved to the US when I was one. My parents didn’t speak the language very well, and I was determined to learn it fluently even at a young age. I have two siblings, one 8-year-old sister and one 2-month-old brother. Other than acting, I have quite a few hobbies. I love swimming, drawing, painting, baking, cooking, and so on. I’m adventurous and love extreme roller coasters. I’m a quick learner and caring person. I also love reading.

I would say empathetic, loving, and optimistic.

My dad used to be an actor back in Armenia during the first couple of years we were in the US. I went with him to film once but I was too little quite shy. As I got a bit older, something clicked inside me, maybe because I saw how much fun my dad was having being an actor, so I decided I wanted to try it too. My dad filmed a movie once and the casting director for the movie turned out to be my now manager Valerie McCaffrey. We set up a meeting with her and we both clicked and signed together. Here we are now still working together.

Because I’m an avid learner and school is very important to me, sometimes it’s difficult to manage my studies and auditioning but so far, I have been able to do it. My friends see me in movies, but they treat me the same and that’s how I like it. However, acting has also had so many positive changes in my life. With each audition and project, I’m able to live life through an entirely different person and feel the emotions that person would. I’m also able to go out for different projects and work with so many new people and build connections as well as form friendships.

I think experiencing life through different characters and making friends and connections through the process while also providing entertainment for so many people around the world whether they are kids, teens, or adults are definitely the best parts of being an actress. The worst part can be the changing schedules and constant criticism and lack of privacy you face from the public. 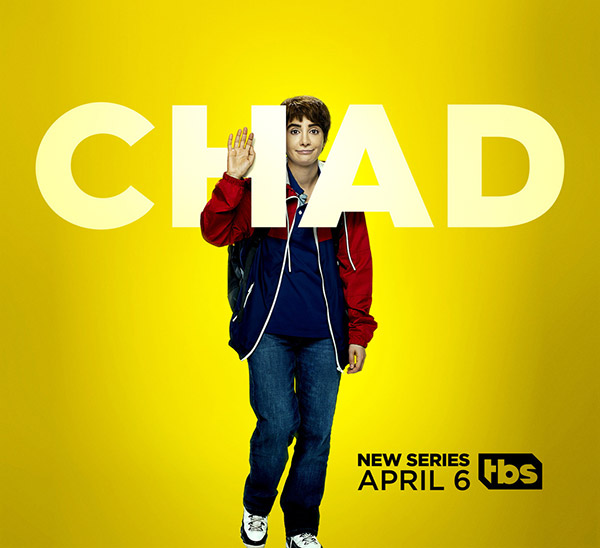 Tell us about your work in TBS’ “CHAD?”

Filming “CHAD” was truly such a joy. At first, I was quite nervous to leave my school, family, and friends for three months to film but as soon as I had one day on set, I felt so at ease. The days went by so quickly and the storyline of each episode made it very fun and enjoyable to film. I think people are really going to love how funny and unique each character on the show is.

And about your role as Niki?

I’ve always wanted to play a role like the role of Niki. She’s super stylish and sassy and is 13 going on 21. I got to have a lot of fun with her character as she’s constantly bickering with her brother Chad but yet she also has a soft spot for him. She comes off as very opinionated and sassy in the show but there are some moments where you really get to see how caring she is and how Niki and her brother bond which I really love. Since she is basically the same age as me and I know a few people like her character, getting into her role was a fun task.

It was one of the most enjoyable things I have ever done. Each and every person in the cast was so sweet and kind it was truly a blessing. We all got along really well if I do say so myself. Nasim and I were able to bond really well together especially since we have both experienced having siblings that can be annoying. Alexa Loo and Jake Ryan both did school with me as well and we were able to form a great friendship which I was so thankful for. Paul and Saba also made it so easy to feel like we were all actually family and towards the end of filming, we really did feel like family. Overall, it was an amazing experience and I really got lucky with such a talented and kind cast.

And now about your work as Helena in “BIRDS OF PREY?”

“BIRDS OF PREY” was another one of my bigger roles. It was really exciting and I got to meet Margot Robbie who was such a big role model for me in acting so that made me ecstatic. Getting into Helena’s character was a bit more difficult as it was serious, and she went through quite a bit of trauma. I liked that the role of Helena gave me a challenge and I was also able to have fun and take some crossbow lessons for it too. Seeing the movie in theaters really warmed my heart and gave me a look into the future. It was a challenging role that also came with fun. 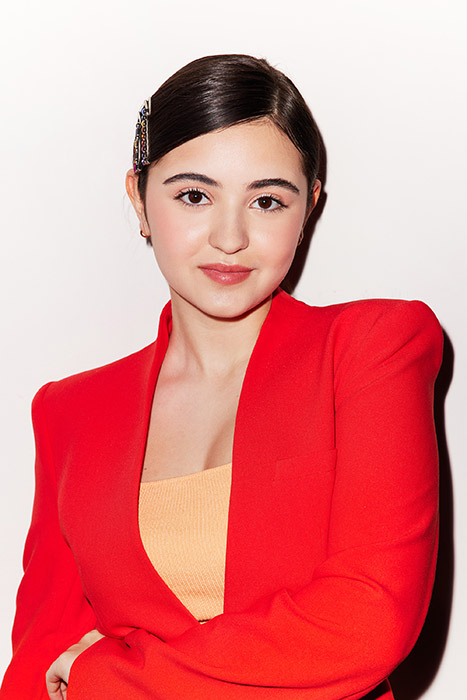 I like to get as much information about the character as possible. Whether it is research since it is about an actual person or notes from the director on how they envisioned the character. I try to read the full script for the project I am auditioning or working on if it is provided so I can really get a good understanding of the character. I then place myself in that character’s shoes and try to live a few days, if I am given some time, in that character’s shoes. I really try to fully become that character and forget about the Ella that I am. Before I go in for the audition or start filming the project, I try to relax myself with a quick mindfulness meditation exercise.

I’d love to really challenge myself to the next level by playing any character that is pushed emotionally or physically whether it be a horror movie or a dramatic part. I love having a challenge and I love mind twisting movies such as Leonardo DiCaprio’s “Shutter Island” movie. I am fully aware how difficult such a role is but that’s what brings me excitement.

My best friends would describe me as loyal, different, comforting, trustworthy, and emotional.

Every entrepreneur should read the book “Rich Dad Poor Dad”.

Hopefully a Season 2 of “CHAD,” traveling if the pandemic dies down, and enjoying life to its fullest while sharing parts of it with the public.

I’m not sure if it’s considered healthy but it would have to be sushi and a burrata arugula salad that I make which has a few more ingredients.

Either truffle burgers and truffle fries or lemon pepper wings. I also have a sweet tooth so almost any dessert.

I’d say minimalistic, modern, classy, and chic. I like to mix up my style sometimes though, so it really depends.

My definition of happiness is accepting yourself and the world for how they are. By doing that and having peace within you, you become satisfied with life without needing much more. By being happy, you are able to be in a positive state where you truly need nothing.

Everything happens for a reason.

I support charities that support third world countries with people that need help, climate change, and animal cruelty or abuse. Some main ones are Global Wildlife Conservation, Armenia Fund, Save the Children, and Humane Society of the United States. There are many more, but these might be my top ones so far.

I see myself doing big things in many projects. I can see myself at the Met Gala in five years and working with some of my idols.

I think Social Media is a big part of our lives today and can be really toxic yet helpful. Nowadays, many big businesses are booming because of social media. Now we also have social media influencers which help to create trends in so many different ways. I think if used correctly, it can really help an individual get to big things. However, some people use it to spread hatred which is really unnecessary. The world is already a harsh place and spreading hate only makes things worse. Other than that, social media can truly be a lifesaver.

Instagram @ellamikaofficial
Snapchat @ella_mika8
Tik Tok @_ella_mika
Favorite Quote: “We are what we think. All that we are arises with our thoughts. With our thoughts, we make the world” – Gautama Buddha

Favorite Book: I read so many I can’t remember the titles.