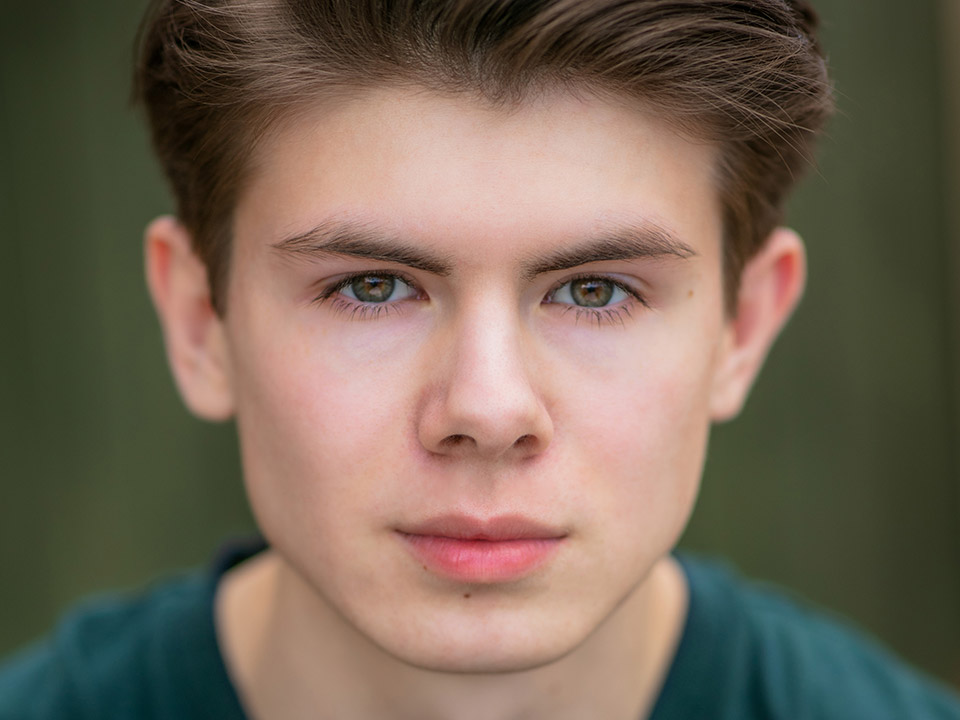 Check out our interview with Australian actor and musician Jayden McGinlay who can be seen on his lead role as “Teddy”, in the new Disney movie “The Curious Case of Dolphin Bay.”

Jayden is best known for his starring role as “Jeremy Potts” in the Australian tour of Chitty Chitty Bang Bang, opposite Rachael Back and David Hobson, his role as “Friedrich” in the London Palladium Production of The Sound of Music, and his on-screen appearances including ABC’s Harrow, The Bureau of Magical Things. 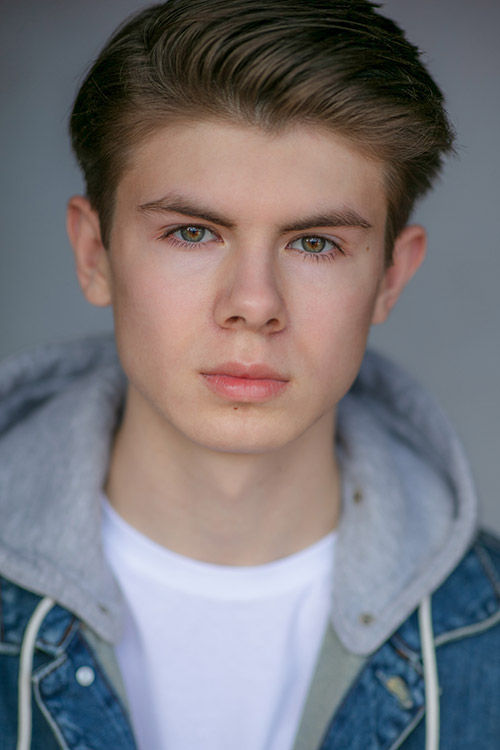 Hi Jayden, please tell us a little about you?

Hi! I’m 17 years old, I grew up on the Gold Coast in Australia with my brother Kieran who is 3 years younger than me. I started acting at 6 years old.

I enrolled in a local theater school at s6 years old as I’d shown interest in acting and performing from a really young age. I was cast in my first professional stage production when I was 8 years old. After that I did some short films, then I got an agent when I was 9 and started to get professional screen acting work.

Well, I believe theater was the best possible start I could have had. I learned so much from it, not only as a performer but as a person. I basically performed in back to backstage productions from 6-16 years old alongside screen acting, and that helped shape who I am and led me to where I am now. I’m grateful for all the opportunities that I’ve been given over the years.

I love so many things about being an actor. It’s so much fun and I just really enjoy doing it. I love challenging myself, getting to do things through the characters that I don’t usually do in my own daily life, and telling stories. I also love being able to touch an audience and connect with them through my acting, and I love hearing their responses. The worst part is definitely when a project ends, and you have to say goodbye. You become like a family on set when you spend so many hours with everyone. There’s something special about creating a film together and when it’s over it’s really sad.

Tell us about your work in the new Disney movie “The Curious Case of Dolphin Bay?”

It’s a fun family film, directed by Christine Luby, and we filmed it at the end of last year around Brisbane and Gold Coast, Australia, where I’m from. The story revolves around four teens who are participating in a summer internship for marine biology in Australia. After Quinn and Daniela have a fallout, my character, Teddy, convinces Quinn to join him on an adventure. Then some mysterious events occur, and the two teens think they’re being haunted by a local legend. It was such a great experience working on it with the best bunch of people.

And about your character “Teddy?”

Teddy is a lot of fun—he’s optimistic, determined, and enthusiastic. He’s funny and a bit dorky. He’s on a mission to find the treasure and as the story progresses, we get to see different sides to him that I love. He was such an awesome character to play and was also very different to the previous roles I’ve had, which were a lot more serious. I could put a lot of my own personality into him and play around with him quite a bit, thanks to Christine’s directing style.

Now tell us about the success of your starring role as “Jeremy Potts” in the Australian tour of “Chitty Chitty Bang Bang?”

That was my first professional role on stage and was such an awesome experience! I’m so grateful to this day that I was given the opportunity to play that role. The producers had the minimum age for the lead roles as 10 years old, so when I auditioned it was for the ensemble because I was only 8. There were three parts to the audition- dancing, singing, and acting. Hundreds of kids auditioned and after each round they cut a bunch of them. Musical theater auditions are intense! After those three auditions, I got a callback for the next day, so went in and did the callback and then the director asked if I could come back two hours later to join the other callbacks, for the lead role. They gave me two songs and a script; I quickly learned them and went back in and auditioned. Then the producer and director went out with me to see my mum and spoke to her about hours required for the lead role, asking if she’d be okay with signing an agreement because of my age. So, I got the role, and it was just a dream come true for me. I performed on opening night, and it was absolutely insane and such a magical experience flying around in the car! 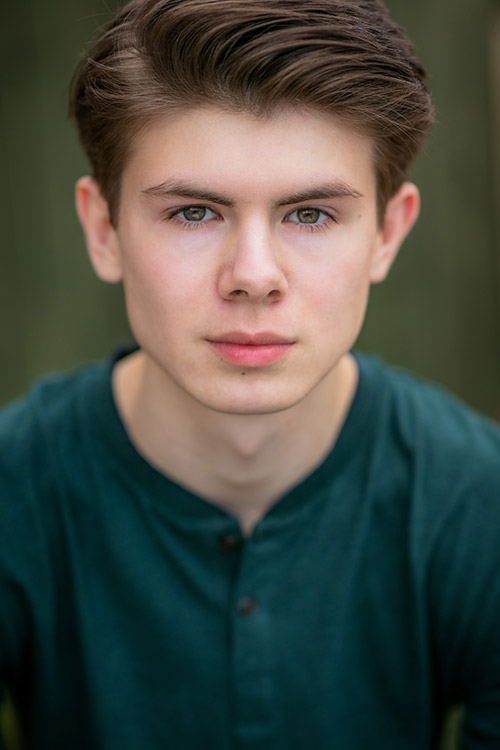 After “Chitty Chitty Bang Bang,” I was cast in the professional tour of ‘The King and I’ and then “The Sound of Music.” “Sound of Music” actually clashed with my younger brother’s tour of “Les Misérables” in Asia, so my grandma looked after me during that whole show for three months, while my mum was away overseas with my brother and my dad was away working in China! On screen, some other roles I‘ve played are Max in “Sweet River” released on Netflix in 2020, and Cecil in “Children of the Corn” that was filmed entirely during the first lockdown in 2020 and is set to be released later this year.

I’d love to play a superhero for either Marvel or DC. It would be so amazing to be cast in one of those roles as I’ve always been a huge fan of those movies. I’d also love to be in a drama, with serious content and heavy scenes. It appeals to me because I want to challenge myself emotionally as an actor and I haven’t really explored that side yet.

Apart from what I mentioned before about being able to tell stories and connect with an audience, one of the most rewarding parts of my work is getting to work with awesome, creative people. The relationships you form with others on a project are really special. When you work closely with people on a play, a musical, or a film, you become such good friends by sharing these profound moments together. I think it also comes down to the fact that as actors, we embrace vulnerability and feel safe to express emotion, so naturally you form connections that you wouldn’t necessarily make in other environments or situations. That really brings you together and is really special.

If you have your heart absolutely set on being an actor, go for it! Learn everything you can about the business, get training, do theater, take unpaid roles to build up your experience, and don’t be discouraged by rejection as it is a just a part of the business. For every 99 no’s there is one yes and each “no” brings you one step closer to that “yes!”

I would say the most important thing is to remember to always be yourself and be true to yourself. As an actor you have to try and be the most truthful, honest version of yourself, and sometimes it can be hard to maintain that, especially in this industry. Nobody can be you but you, so you really have to embrace it because that’s what people want to see.

I think I would call it “Challenge.” Throughout my career and life, I’ve always been challenging myself so I can try to be the best artist and person I can be. Challenging yourself, I believe, is extremely important. It pushes you to do your best and it can help you achieve your goals. You’ll have the ability to strengthen your skills and your mind. That’s what I stand by and that’s how I live.

I would tell him that things happen when they are meant to. I used to feel impatient if I wasn’t hitting my goals when I wanted to. I would say keep your chin up—great things are coming!

What’s next for Jayden McGinlay in 2022?

Well, I’m in the middle of grade 12 right now—my final year of high school—so that has been keeping me really busy! But stay tuned for the release date of “Children of the Corn” coming soon! That was filmed at the beginning of the pandemic in 2020 and I play Cecil who is one of the lead roles. It’s been long awaited so I’m really looking forward to seeing it and for people to see what we made.

I like salads. I love kale and mixed berry juice that I make in our blender.

When you are content with yourself internally and you’re happy with yourself as a person, I think that’s what happiness is. You’re truly happy if you don’t depend on any external factors to bring you that happiness.

I would love to meet Leonardo DiCaprio. He’s such an incredible actor and he really inspires me. I would love to chat with him about all things acting. I love the versatility that he has, and every performance he delivers is so nuanced and interesting. I love that he does a lot of charity work as well.

Absolutely, I’ve always loved helping animals and raising awareness on animal cruelty. One of the charities I support is World Animal Protection.

Well, my goal is to act in lead roles in blockbusters and the biggest films from LA so hopefully I’ll be well on my way to that goal. The universe has a plan, so we’ll go with that!

I have so many favorite songs and I think it depends on the day. Right now, my favorite song is “Lemon Tree” by Post Malone. I love the melody and vibe of it, and I also think the lyrics are cleverly written to convey the meaning of the song.

I think social media can be a positive and a negative thing depending on how you use it. I think it’s really important if you have a platform to use it for good and to try to have a positive effect on people.

Book: No Time for Goodbye by Linwood Barclay

Sports Team: I don’t have a favorite sports team