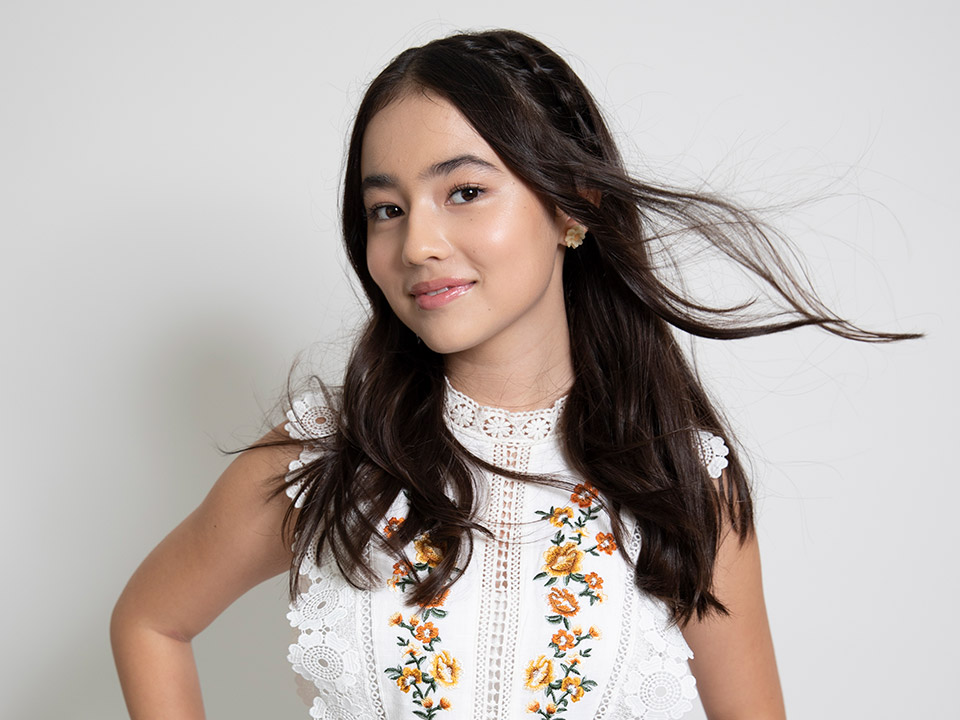 Check out our interview with talented NICK’s new series, “The Fairly Odd Parents” actress Imogen Cohen. Imogen plays a series regular named, Zina Zacarias. Zina, a confident, stylish, quirky, who marches to the beat of her own drum, but loves to stand out in most situations. She can be a tad bit scatterbrained, but is pretty bold. She is the best friend of Viv and is Roy’s (Tyler Wladis) number one fan and who is also madly in love with him. The sad news is, he doesn’t feel quite the same way as she does. The series not only stars Imogen, but she is in good company, alongside Audrey Grace Marshall (Flight Attendant), Daran Norris, Susanne Blakeslee, Tyler Wladis and many others.

Imogen, a newcomer, is also staring in Disney+ much anticipated movie, The Naughty Nine, which is set to come out late next year (2023), stars Imogen, Winslow Fegley, Camila Rodriquez, Clara Stack and many others. The Naughty Nine is considered a holiday heist movie, Oceans 11’s at the North Pole. It follows Andy, a fifth grader who got himself in a bit of trouble. When Christmas morning rolls around, Andy gets stiffed by Santa, realizes he is on the “naughty list.” He then pulls together a team of fellow “naughty listers” to execute an elaborate heist to get the presents he and the other feel like deserve, but soon realizes that Christmas is more about giving than taking. 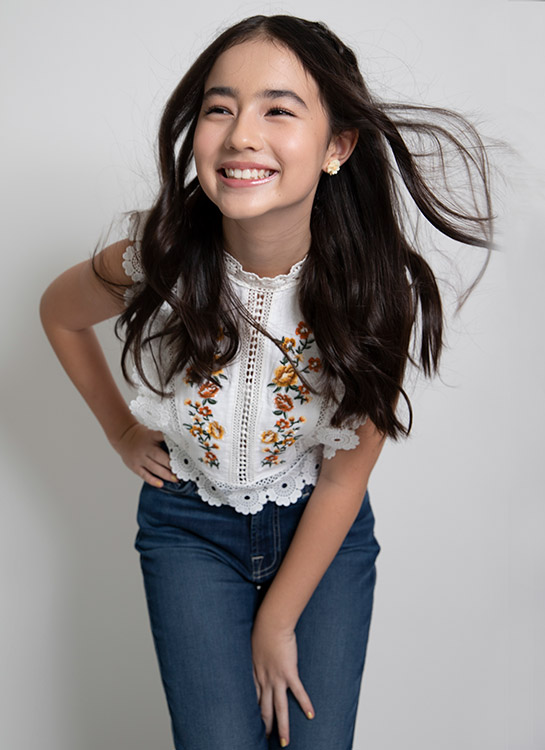 Hi Imogen, please tell us a little about you?

I’m a 12-year-old actress with a big dream! I sing, act and dance. One day I would love to be on Broadway!

When I was 6, my dad introduced me to Shakespeare. I would sit in the audience watching him perform. From the age of 8, I attended Shakespeare camp and it really inspired me to do theater and I became passionate about acting. During the pandemic, I started auditioning for TV and film.

When I got my first job Fairly Oddparents: Fairly Odder, my life completely changed. My parents and I made a big move from San Francisco to Los Angeles, and I had to part with my old friends and my old school, but I made new friends!

The best thing about being an actor is that you get a chance to collaborate with other actors and learn from them. Laura Bell Bundy is a giant inspiration for me and working with her was a dream come true. No acting lessons compare to spending quality time with such talented actors. There aren’t many bad things about being an actor, but when a production ends it can be heartbreaking. When season 1 of Fairly Oddparents ended, I was so sad because I wouldn’t be able to see my best friends everyday anymore!

I invent the characters’ backstory and I read the lines over and over until I find their voice. Once I see wardrobe, hair, and makeup I get a little more insight into the character’s life.

Tell us about your work on NICK’s new series “The Fairly Odd Parents?”

Filming was super fun! Our great dialogue coach, Anthony Lombard and the amazing director Mike Caron, helped us build a strong team spirit, and by the time we started shooting, we were all best friends!

And about your series regular Zina Zacarias?

My character Zina is the zany, fashionable, loyal BFF to Vivian Turner. Part of the reason they are so close is because Vivian is Roy’s stepsister, but also because Zina saw a potential best friend in Viv. Zina is hopelessly devoted to Roy and even though her love is not reciprocated, that doesn’t bother her one bit. She will continue to believe that they are soulmates to the end of time. I definitely think Roy is missing out. 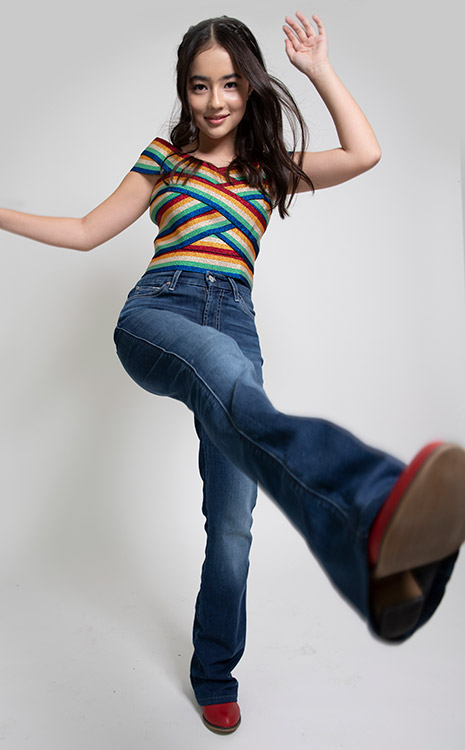 I filmed my debut Christmas movie in February! It’s called The Naughty Nine and it’s coming out December 2023. I made a lot of new friends and it was super fun! We filmed the movie in the beautiful city of Montreal. The only downside was the freezing cold weather!

I’ve done a couple of quirky characters in children’s television. I would love to play a role in a mainstream series or movie for a general audience.

Being creative, making bold choices and getting the chance to build a character.

I learned to “stay in the play” from one of the great directors of Fairly Oddparents, Mike Caron. In one of the scenes of the pilot episodes, there were about 25-30 animals on the set! In the final cut, you can see that I trip over the alpaca’s ankle! This wouldn’t have been kept if I hadn’t stayed with it. Sometimes mistakes can turn into happy accidents!

My best friend would probably say that I’m loud, kooky, and fun!

I have a project in the works with CAPES (Clean Air Program for Elementary Students).

I love fruit! My favorites at the moment are yellow kiwi and watermelon!

Lea Salonga! She is my biggest Broadway idol!

Hopefully being on Broadway! Fingers crossed!!

My favorite song alternates like every two days, but at the moment it’s Gorgeous by Taylor Swift. I love T swizzle so much! She is definitely my favorite artist.

Although it can be addictive and a waste of time, I think it’s a good way to share your creativity. I love posting singing videos and updates on my life.

And my TikTok is @imogencohenofficial

Quote: “There are no mistakes, just happy accidents.” – Bob Ross