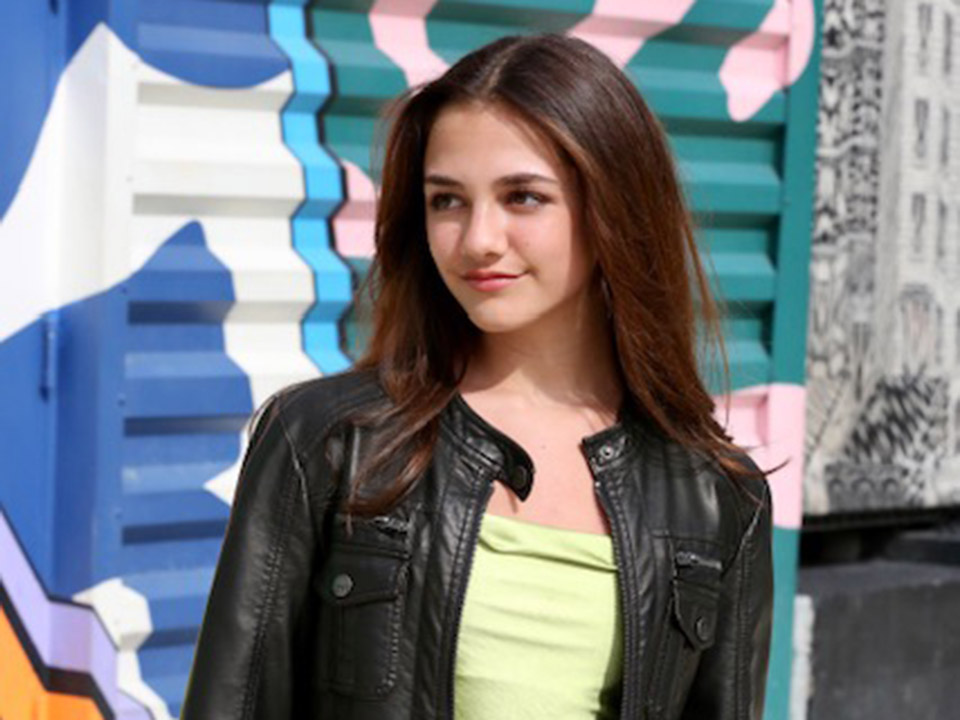 Check out our interview with highly anticipated Warner Bros film “The Many Saints of Newark” actress Mattea Conforti.

“The Many Saints of Newark” is the prequel to HBO’s iconic mob drama “The Sopranos.” In the film, set in the era of the Newark riots in the 1960’s, Mattea portrays a Young Janice Soprano, sister of Tony Soprano. Janice Soprano was originally played by Aida Turturro in the HBO series. 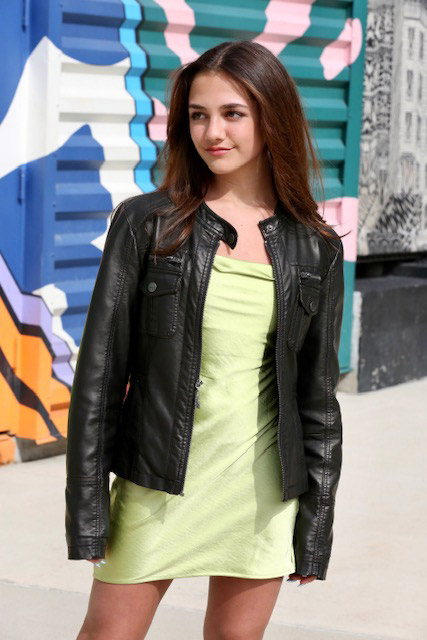 Please tell us a little about yourself.

I like to think of myself as a regular teenager. I am 15, and a sophomore in high school. I have gone to public school my whole life, and it’s important to me to remain in school even through my various acting opportunities. I have a great group of friends, who are really supportive, and I have an amazing family (mom, dad, brother, sister, lots of grandparents, aunts, uncles and cousins), who are largely responsible for the success I have met along the way. In addition to acting, singing and dancing, I am a varsity cheerleader, I play lacrosse for my high school and club team, and I love reading, hanging out with my friends and playing with my two dogs.

I got started in acting when I was eight years old. One of the first professional jobs that I ever booked, and definitely, my first theatre gig (professional or otherwise), was the role of Matilda on Broadway. I went to a Matilda open call, thinking that I would be auditioning for a role in the ensemble, where the focus of these roles was dancing. At that time, I was a trained competitive dancer. At the audition, I sang, “The Sun Will Come Out Tomorrow,” which happened to be the only show tune I knew at that time. I had never taken either an acting or voice lesson. About six months after that audition, I received a call that the Matilda creative team wanted to see me again for the role of Matilda; and the rest is history. I made my Broadway debut when I was nine years old on the Fourth of July.

Acting and performing has truly changed my life, and it is not lost on me that I am very blessed for all the opportunities that have come my way. Being a professional actor is also extremely hard work. Along with all of the wonderful experiences I have had, has come a lot of rejection and disappointment; and I have learned how to pick myself up and move on. I always try to remind myself that what’s meant to be, will be.

What is the best part and worst part of being an actress?

Well, the first thing I do is read the entire script, and then read it again, so that I truly understand the character. Sometimes I take advice from people in my life, who may have similar life experiences, for their input in the character’s persona. But, it is also very important to me to approach any role with a flexible mind so that I’m ready to take direction on set.

Tell us about your work on Warner Bros film “The Many Saints of Newark?”

Working on TMSON was a very special experience, especially as a native New Jersian. I come from a big Italian Family, with roots in North Newark, where the movie is set. I started shooting the movie when I was twelve, and in fact, I turned thirteen on set. The production had a little birthday party for me, with a cake and everything. After wrap, production decided to add more scenes to the movie, and we were scheduled for the reshoots in March, 2020. Unfortunately production was shut down because of COVID, but we were finally able to do the reshoots in September 2020. By that time, I was almost 14½, and so if you look closely, there’s a bit of a physical discrepancy with the original scenes and the ones that were shot during the pandemic. I now 15, so this movie definitely documents my growth spurt!

And about your role as Young Janice Soprano?

Booking the role of Janice Soprano was a huge surprise for a few reasons. First, I didn’t even know that I was auditioning for this character. The sides I was given had fake character names, but at the time, I didn’t know that. So, when I was finally told that I had booked “Janice,” I was blown away. As you know, Janice is a tough, no-nonsense, character. In the movie, I play her as a young teen; and so I wanted to sort of balance out Janice’s rough side that we all know her for as an adult. To me, while she was definitely sarcastic and tough, I knew that there was also a child-like innocence to her before all the drama.

I like to take on challenging characters – whether they are strong female leads or more vulnerable characters who need to find their voice, my preference is to take on any character with layers to unpeel. I’ve also been told that I have strong comedic timing, so I think I would definitely enjoy taking on a comedic role as well. 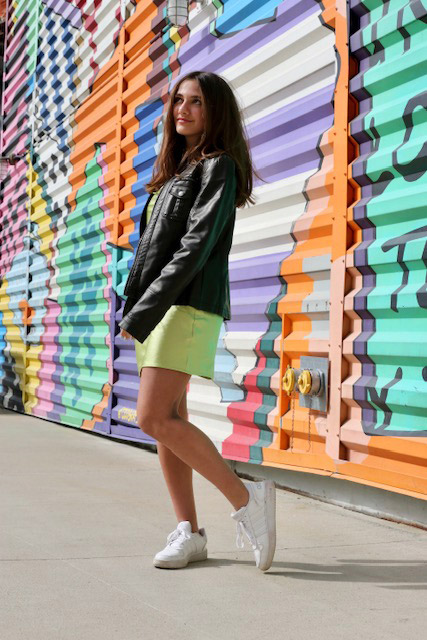 The most rewarding part of my work is feeling a sense of pride in the projects that I am a part of. I don’t love watching myself on tv or on the big screen, so it’s very important to me that the work that I do means something to the audiences. If I know that I have made an impact on other people through my work, then that is when I feel the most reward.

The best advice that I can give is that acting is a marathon, and not a sprint. Most of us want instant gratification and feedback in many things that we do. Unfortunately, as you go through the process of auditioning for a role, there are many times where you don’t get any feedback at all, or else it’s a big fat NO! I would tell young actors to try not to let the rejection get to you, and that not booking a role is not a reflection on your acting ability. The right role will come around when the time is right! Just keep at it, if you love it!

What’s next for Mattea Conforti in 2021

Over the next year, I’m hoping that I’m attached to a series or film that challenges my abilities and takes me out of my comfort zone. I would love to do a period piece – I have a mean British accent from my Matilda days. I would also love to do a comedy, or maybe tackle a more serious role. I know for sure that I’m absolutely ready for anything that comes my way!

My great grandmother, who was my mother’s grandma. She passed away before I was born, but I am named after her. My middle name is Marie, and that was her name. My mom and grandma tell me stories about her all the time, about how loving and caring she was, and how she was the best cook ever!

“Cancel and Continue.” I’ve used this mantra over and over again on Broadway stages and through various disappointments with auditions. This advice means, you are going to make a mistake; and when you do, it is very important that you just forget about it and move on. It is the moving on from mistakes, rejection or disappointment, where you experience the most growth. Learn from it, forget about it and move on!

I support the St. Jude charity. I have a very close friend, who survived childhood cancer, and I know how important the work of the St. Jude Charity does for sick children and their families.

Where do you see yourself and your career in 5 years?

I definitely see myself as a professional actress. I will likely be graduating college at that time too. I’m not sure where I want to go to school yet, but I’m starting to think about schools and areas of study.

Favorite Song – Vienna, by Billy Joel. I love this song because my mom tells me that the first few lines of the song remind her of me; “Slow down, you crazy child, you’re so ambitions for a juvenile…” I think she may be right.

I think social media is a double-edged sword. It’s great to keep up with friends and family, and share exciting news. However, it can also be dangerous when we start comparing ourselves to others and start feeling bad about ourselves. I try not to “overshare” on social media because I think that our feeds are oversaturated with the same type of content. I like to use social media as inspiration to create my own content or to share news, but I definitely see the dangers of getting “sucked into” just scrolling through post, after post, after post.

TV Series: The Offices, Parks and Rec, The Office

Travel Destination: Tahiti (never been, but it’s on my bucket list) or Italy