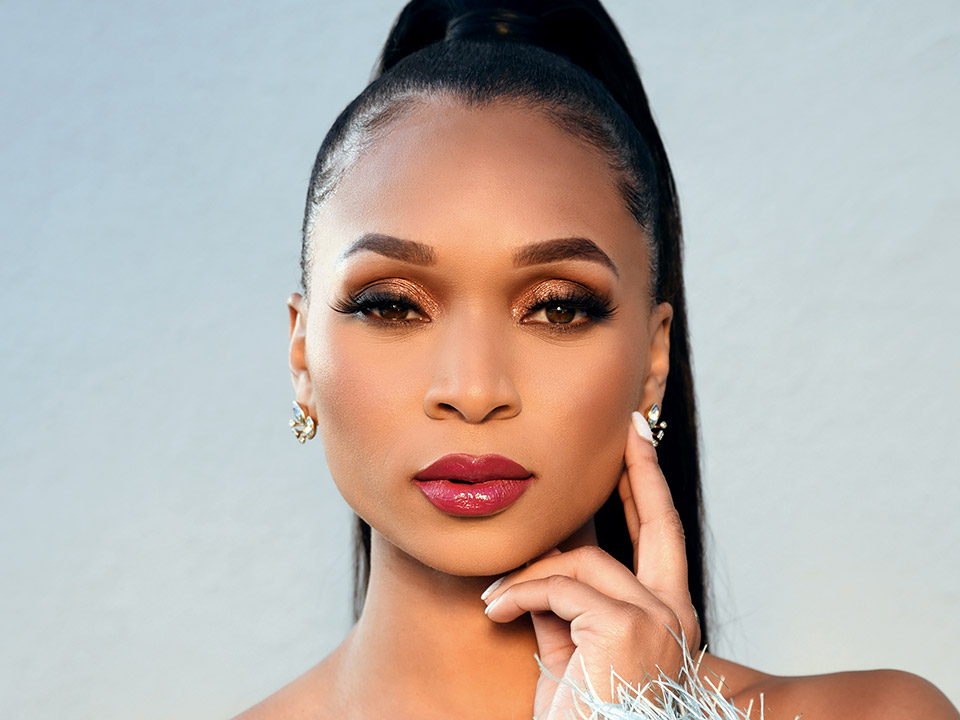 BET’s “The Oval” tells the story of a family placed in the White House by people of power while also highlighting the personal side and everyday lives of the staff who run the inner workings of the nation’s most iconic residence. On the new hit series, Melissa portrays twin sisters ‘Denise’ and ‘Ruth,’ polar opposite roles, both with their own agenda. 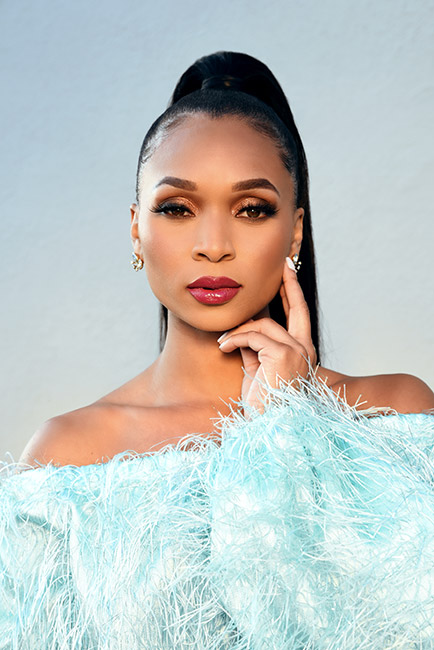 Hi Melissa, please tell us a little about you?

Hey! I’m Melissa L. Williams. I’m an actress who is currently on The Oval and Ruthless on BET Plus, which premieres on 3/19.

I have so many. Definitely my mom and God, always. Career-wise, my role models are Halle Berry, Denzel Washington, and Viola Davis.

I got started when I did my first church play – an Easter play in middle school. After that, I was hooked. I performed in as much local theater as I could and later studied theater at Clark Atlanta University. Once I moved from Atlanta to LA, I’ve been working in the industry ever since.

Believe it or not I grew up shy and this was a great way for me to be more outspoken. Acting felt like a safe place. It was therapeutic and allowed me to express myself in a way that I wasn’t able to.

The best part is getting to do what you love and get paid for it of course. The worst part would be others misunderstanding you if you’re typecast because of your look. This is why it’s so important for me to produce my own projects.

Tell us about your work in BET’s #1 ranked new scripted series “The Oval?”

And about your roles as twin sisters ‘Denise’ and ‘Ruth?’ How challenging was it to portray two characters?

It wasn’t very challenging because I was offered Denise first so I was familiar with the character, but I did have to film Ruth the next day. The challenge was that I didn’t have room for error because I had to memorize lines and shoot the very next day.

And about your work on Tyler Perry’s spin-off series “Ruthless?”

We shot in 7 days (12 days total). The best parts were being so heavily involved throughout the process, which was a great experience. 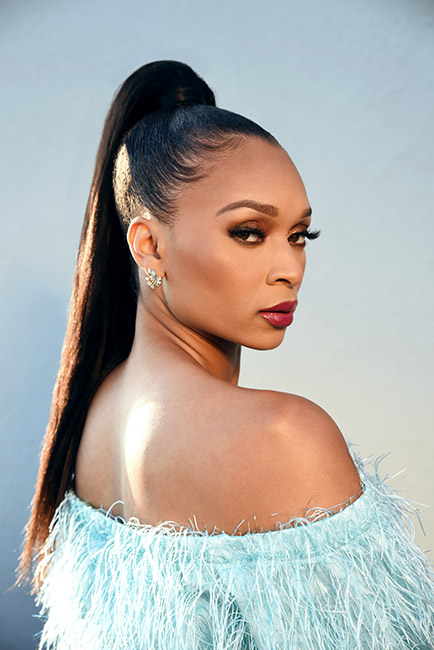 Most recently, the film, Dutch. Past projects are Hello Cupid, Rosewood, The Game, If Loving You is Wrong, and Poz Roz.

I love being able to create and not having distractions: aka a survival job. I’m able to freely create and have the means to create my own projects.

In addition to my current roles, I would love to expand with an action role to represent the “all woman.” I’m not a woman who can just put a dress on, I can still play with the boys. I want a lot of women to see that black women can play all roles. I would also love to do suspense and romantic comedy. I will do it all!

Evolving — it ultimately depends on my mood. I love fashion so I like to play around with different looks whether it’s something chic, edgy, or just casual. I love it all.

Caring, funny, hard worker, loud, goofy, and somebody who is willing to help their friends out whenever they need it.

I’m not slowing down. Ruthless premieres on March 19. I have a film, Dutch, in which I star opposite Lance Gross coming soon. I’m also releasing music and have additional projects to be released at a later date.

It’s an unexplainable peace that no one else can understand but you and God. MY connection with God and reminding myself of the things that he has called me to do. With him I can do everything and anything.

Lately I’ve been waking up at 7am. I work out, make a protein shake, check emails, talk to my team, and work on a scene for an audition. Later, I’ll go do something fun like watch movies, cook dinner (I love to cook!), or read. I’m currently reading Rich Dad Poor Dad.

Going to church, eating a good brunch (with bottomless mimosas), wonderful convos– no phones, and finishing it off with a bike ride at the beach. Living in LA, I tend to take the beach for granted.

Michelle Obama — I have so many questions for her about her strength, maintaining her individuality, everything. I would love to have at least seen Michael Jackson live, as well.

The ones who cares the least wins.

I do! I’ve been working with the Young Storytellers for quite some time. It’s an arts education program for middle schoolers where we work with those who are interested in the entertainment industry. For each student that’s interested, we help them develop ideas and then write scripts. Once we’re done we perform for the rest of the school. It’s an amazing program that allows kids to express themselves in a way that they may usually not get the chance to. I LOVE it!

My bible, food, and a good chapstick.

I will be an EGOT for sure!

Right now, “Diamonds” by Rihanna. When you do finally get the door of opportunity to open we have to remember that there’s a reason why you’re there so you shine bright. It’s once in a lifetime and doesn’t happen all the time.

It’s a business. It builds your brand, whether you’re selling something small or promoting yourself to impact the world. Otherwise it can be a distraction.