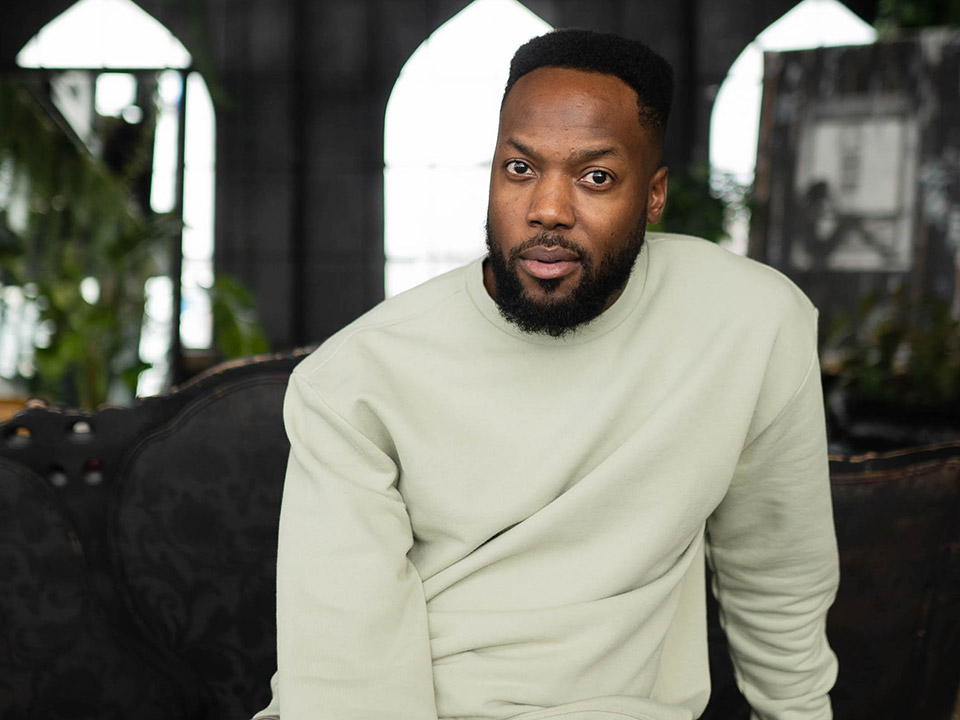 Check out our interview with actor Shane Marriott who will be starring in the brand new and highly anticipated drama series The Porter set to make its premiere this February 21st on CBC and BET+.

Inspired by real events and set in the roar of the 1920s, The Porter follows the journeys of an ensemble of characters who hustle, dream, cross borders and pursue their ambitions in the fight for liberation – on and off the railways that crossed North America. It is a gripping story of empowerment and idealism that highlights the moment when railway workers from both Canada and the United States joined together to give birth to the world’s first Black union.

Set primarily in Montreal, Chicago and Detroit as the world rebuilds after the First World War, the show depicts the Black community in St. Antoine, Montreal – known, at the time, as the “Harlem of the North.”

Shane plays Sticks, a man who has been through his own trials and has seen it all. Sticks grew up in Harlem but moved to Chicago. He is a loyal man who abides by the laws of the game but he’s also one not to be messed with. 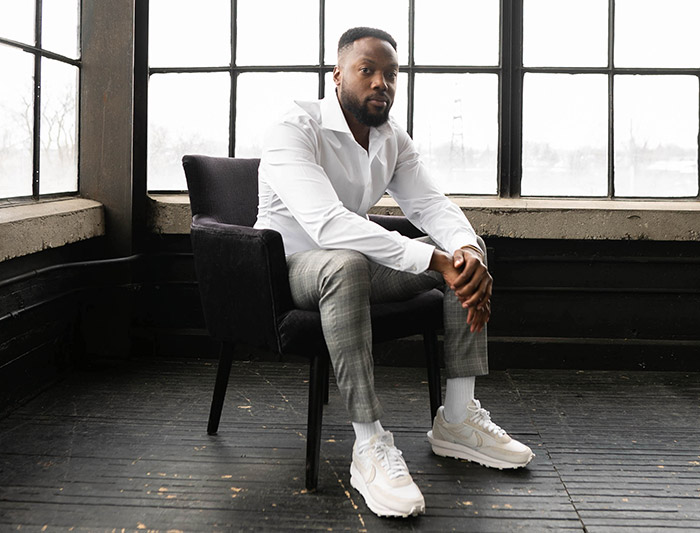 Hi Shane, please tell us a little about you

I’m an artist from Toronto, I decided to pursue my dream and passion professionally 6 years ago and I believe it was the best decision I’ve ever made. I’ve always been keeping myself active in the acting world but I also come from a science background (Chemistry Degree class of 2012), I volunteer some of my time working with children with autism, a huge fan of basketball, fashion, food and traveling. If it’s an experience I’ve never had, I’m open to explore… majority of the time. You never know what you will take away from it.

Long story short; I was going back to school to upgrade my GPA to get into a program (One of the only jobs I felt that I could be a service to the world), and while working the nightshift at this job I felt like they didn’t care about me as a person or employee. That same night I reached out to somebody I had friended on facebook, he’s been on a couple of shows at the time and he referred me to this acting class/coach. I signed up and never looked back since.

When you wake up to do what you love all you can do is show gratitude for how far you came and what God has done for you. I’ve traveled my whole life but never have I ever seen or traveled to other parts of Canada (domestic flight prices are crazy). I’ve booked a couple jobs on television shows which has allowed me to see other parts of this country. To add to that the people I’ve encountered throughout my journey as well as the opportunities that have risen from my work. I cannot wait to see what’ll happen in the future.

To me the best challenge of being an actor is to have the audience escape the reality of their world for a minute and have them empathize with the character or world they are viewing. The most challenging part is staying positive and not getting discouraged. You WILL face a lot of “NO’s!” without feedback. You just have to be mentally stronger than that and not take each No personally. “What’s for you won’t pass you” – It might actually be doing your career a favor too!

There are multiple things you are taught or pick up along the way. For me it’s always changing depending on the role but for the most part I like to approach each project with a clear head, I try to dig as deep as I can into the life of my characters and what they are going through. An important note that I’ve taken from an acting coach was to “always make it personal” it usually comes out more interesting that way.

Tell us about your work on the highly anticipated drama series “The Porter” and about your role as Sticks?

I play a man who’s been through his own trials. He’s been through and seen it all growing up in Harlem but now in Chicago for work, to find his truth but also because this business is all he knows. Sticks is a loyal man who abides by the ‘laws of the game’ but he’s also one not to be messed with. A man of few words but his presence alone means business. He works for ‘The Queen’ (powerful person in charge of running an illegal numbers/gambling ring) but his story plot thickens when he starts to realize and question who he can really trust.

I’m open to almost everything including stories I can relate to. I love period pieces, sci-fi, romance, drama, biographies you name it. One role that has been on my mind and part of the reason why I’m in this profession would have to be dedicated to the late Sidney Poitier. I would love a shot at portraying him in a film or even the opportunity to audition for it when Hollywood decides to bring it to the big screen. He’s a pioneer and has made it possible for a lot of us black artists to do what we love.

The most rewarding part would be the influence I have on my cousins and other people around me. I’ve had people come and tell me that my drive has inspired them and that they look up to me. Knowing that I’ve helped them pursue what they want as well as answering any questions or relieving them of any doubt, because we all go through it, is rewarding to me.

Embrace the rejections and do not compare yourself to anybody else – What’s for you will not pass you!

Patience, Preparation and Discipline! You cannot lose when you constantly remind yourself of these three.

I asked this question recently and the responses I got were; Loyal, Humble, Driven, Determined and Disciplined.

I’d tell myself everything you are doing, continue to do it. Everything will play a part in where you will end up. To not be so hard on yourself and to celebrate but stay leveled about everything. Also that it is okay to take a break and recharge.

This is something I wonder about daily. I have a couple other projects that I am in being released this year: Reacher (Amazon Prime), Firestarter with Zac Efron and Ryan Kiera Armstrong amongst others. Honestly, hopefully more work opportunities arise from here and more bookings for other interesting projects and another season for ‘The Porter’

Nothing like a fresh hot plate of boiled green banana, yam, dumplings with ackee and salt fish (courtesy of Jamaica) or I make my own pesto pasta sauce and pair it with eggplant, shrimp etc.

I don’t even know if its considered a cheat meal but I love a nice 12Oz, or higher, medium cooked steak.

The definition of happiness to me is truthfully living out your purpose. Once you do that the blessings continuously pour down and it’s always nice to share that energy and feeling with others.

This is a hard question because there are so many people and role models I’d love to meet. If I had to choose one at this moment I’d say Kobe Bryant. Where I am in my career I believe he could shine some light on different viewpoints based off of his experiences, his motivational speeches and philosophical mind. The world was cheated with this loss.

I do not at this moment but I’ve volunteered my time working with children with autism. Great individuals with unique and the best personalities.

5 years from now I would hope to gain some traction in the industry, continuously working (lead/supporting roles in TV shows and movies). Possibly relocating to another city for more opportunities, involved in some fashion campaigns, endorsements, all while being involved in meaningful and fun projects.

J.cole- Love yours. He preaches the right things on this track. Love and appreciate all that you have

A gift and a curse. It took me a long time (and I’m still struggling) to open up online. I’ve never really been one to be that open but I am understanding that this is a part of the business now. As long as you stay disciplined with the amount of time you spend on it, what you consume, and how it makes you feel personally you will be good.

IG: shanemarriott_ as well as Facebook. These are the only social media platforms I have right now at this moment.

Quote: What’s for you won’t pass you!
Let go and Let God

Movie: Ricochet, Avatar, Bad Boys, Heat of the Night, Shawshank Redemption, The Departed, Ray there are so many it’s so hard

TV Series: The Fresh Prince of Bel-Air, Martin, Snowfall, Your Honor, Insecure, again too many to name

Travel Destination: Hopefully my next trip will be to Africa (Ghana) but added to that list is Egypt, Nigeria, Taiwan, Portugal, Zanzibar to name a few