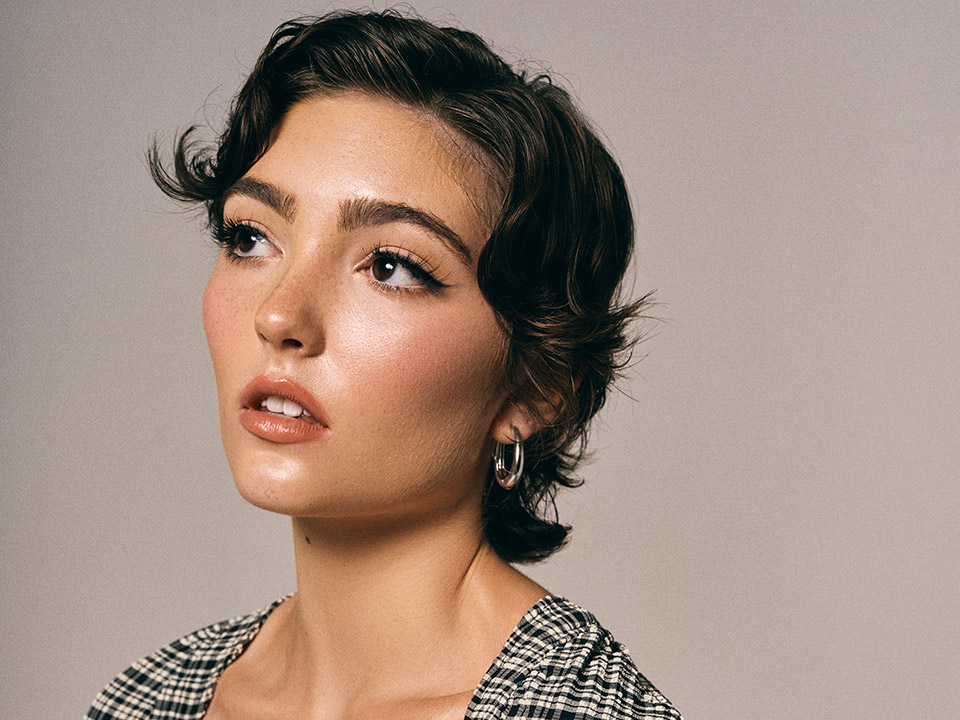 Check out our interview with Triple threat Sophia Woodward who stars as “Luna” in the live action series “The Really Loud House,” on Nickelodeon and Paramount+ this Fall. In addition to acting, Sophia uses her vocal and guitar skills to player the rocker girl ‘Luna’ and even bravely chopped her hair for the role. Sophia had previously starred as ‘Luna’ in the live-action film “A Loud House Christmas” and after premiering to some of Nickelodeon’s largest viewing numbers, the movie was brought to series and received a back ten before premiering. Would love for you to speak Sophia about the project and more!

When not acting, Sophia can be found honing her skills as singer/songwriter, writing poetry or reading classic literature. She also loves fashion and expressing herself through that medium. Hi Sophia, please tell us a little about you?

I started acting in local musical theatre when I was 9 & immediately fell in love with it. When I was 12, I attended a modeling workshop at a local mother agency on a whim & ended up getting offered a contract. A few months later, I found myself on a talent cruise ship to Mexico competing in front of panels of casting directors, managers, & agents in acting, modeling, & talent competitions. I ended up winning top child actor. Another few months later, I traveled out to LA & booked my first television job. Things only snowballed from there & I’m so happy they did.

I mean, it’s the biggest thing I’ve booked so far. I’ve never been a series regular on anything & I’m so beyond grateful. It’s just been such a blessing to work on, I can’t begin to describe how it’s changed my life because the experience in itself has meant so incredibly much to me.

There are so many “best” parts. It’s what I’ve wanted to do my whole life. I think storytelling is such a crucial aspect of humanity & in this industry I get the opportunity to do that in so many different ways. I find so much value in the effect that stories have on communities & I love being a part of that. The worst part would be the waiting stages. The periods in between jobs where you’re just waiting for the next opportunity to prove yourself can be so painful.

Well for Luna specifically I did a lot of research on the cartoon “The Loud House,” which was super helpful to my character development for her. However, there is the complication of adding human qualities to a drawing. So, my biggest source of human inspiration for Luna was Joan Jett. I watched countless amounts of her interviews and performances on Youtube. She plays a big role in how I imagine Luna to be.

Tell us about your work in Nick’s upcoming live action series “The Really Loud House?”

It’s such a blast. Everyone on the show is so passionate about what we get to create & the stories we get to tell. Plus, we all truly adore each other & we really are like family. I get to play a lot of music & the plotlines are hilarious. Don’t take my word for it, go watch an episode.

And about working as ‘Luna’ in the live-action film “A Loud House Christmas?”

The movie was so fun too! I have such fond memories of that period because it was all so new. I definitely have a better grasp on Luna’s character now that I’ve gotten that much more time with her. I’ve really grown into her & there’s only room for more. My first job was in “Lethal Weapon” on Fox as Young Molly. I was also in an episode of “Game Shakers” on Nickelodeon as Cassie, episodes of “See Plum Run” with College Humor as Hailey, & “Sunny Family Cult” with Crypt TV as Young Taylor.

I’ve always wanted to do a period piece, but I definitely have to work on my British accent for that to happen.

I can get such a creative high from the work. When I’m in a scene & everyone’s firing off of each other & the chemistry is palpable, and that’s when I feel genuinely giddy.

Put. In. The. Work. If you don’t love the work, you will hate the job. I know that seems simple, but so many people start acting for the wrong reasons, so you have to make sure you’ll always love acting whether it’s in front of 4 or 4 million people. Other than that, be patient & put in the work.

My mom always said to me, “This industry is a marathon, not a sprint.” I’ve been acting since I was 8 & it took me until I was 18 to land a series regular role. Granted, I didn’t live in a big market city, COVID shut down the industry for about a year, I didn’t professionally start until I was 12, & I didn’t have consistent access to the greatest acting outlets.

Regardless, it still took me 10 years with all of the obstacles to get a steady-acting job. Patience is a virtue, especially in the marathon of this industry.

My best friend, Emma Callahan, once described me as a “shaken-up can of soda.” She also added, “We’re just two people with individuality complexes & way too much ambition, who happen to have the rare combo of being vaguely funny & extremely hot at the same time.” Not my words, hers.

Only focus on what matters. Everything else falls away.

I love a good green smoothie.

I don’t really like to use the term “cheat food,” because I think it alludes to an unhealthy relationship with food. No food is “good” or “bad.”

As I’ve gotten older & especially since I moved out on my own, I’ve realized that happiness for me is simply peace. Peace with what has been, what is, & what will be.

I had a theatre director tell me once, “You are far more interesting than anything anyone wants you to be.” I really needed to hear that during that specific period of my life & I remind myself of it constantly. I will never forget it.

I’m very passionate about the foster care system. La La Land Cafe is a coffee shop that hires youth in the foster care system & donates towards repairmen for the fostering system, I really admire them. Along with organizations that help people become court-appointed special advocates (CASA) for children in the system. The Foster Nation is another good one as well.

Hopefully working on projects I’m passionate about & that set my soul on fire.

Vienna by Billy Joel. I feel like Billy Joel studied the neurological pathways in my brain in order to write that song.

I think it’s a great business outlet, a mentally crippling apparition, & potentially the best sociological experiment anyone could’ve come up with.