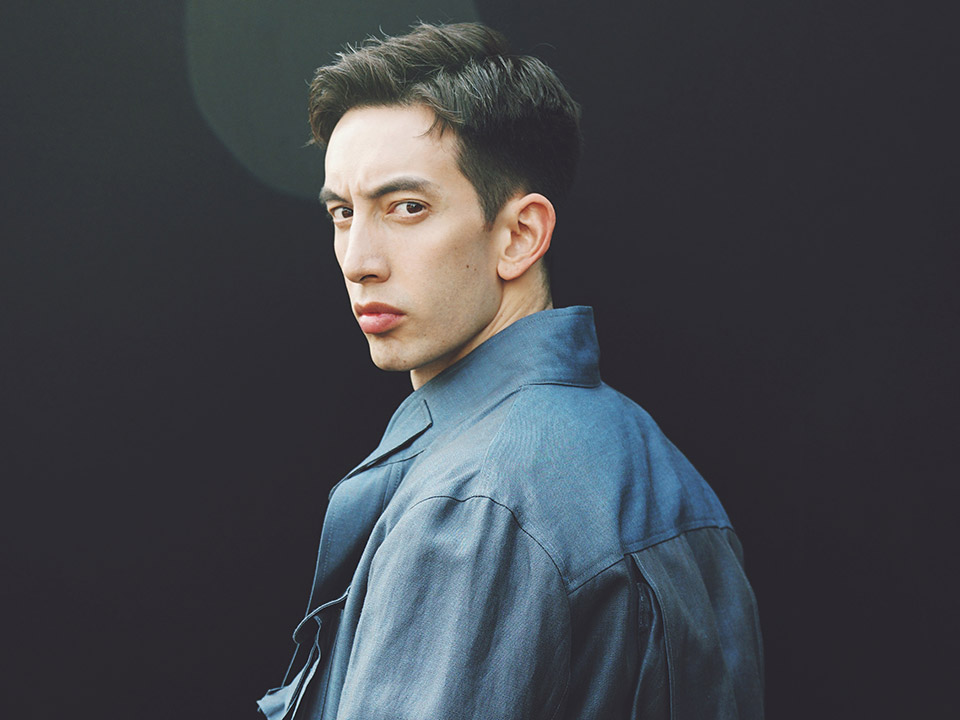 Interview with Chinese film “The Wandering Earth” actor Mike Sui which was recently released on Netflix in the US.  Mike plays platinum-haired Sino-Aussie rascal-turned-hero Tim, a key character in the Earth-saving epic based on Liu Cixin’s short story. The Wandering Earth is China’s second highest grossing film of all time.

Mike has a very interesting story and background.  Sui was born in Ann Arbor Michigan to a Chinese father and American mother and grew up in Michigan and Beijing. He graduated from West High School in Madison, WI and in 2005 moved to Beijing where he taught English and acted on Chinese television shows and commercials and has gone on to appear in numerous films and tv shows.  Mike is also a well-known host in China and has over a million followers on Weibo, China’s twitter. He also speaks fluent English and Chinese.

Please tell us a little about you.

I’m a half-American, half-Chinese entertainer who got his jump start in Chinese show biz because of a viral comedy video. And now I’m mainly an actor and an emcee and TV host.

Name one of your strengths.

I’m a team player on whatever projects I do and a team leader.

I was just sitting at home in Beijing watching television and I saw something resembling “American Idol” and I thought I’d give it a go. So, I went and auditioned, and I got through to the Top 100 in the country.

My first acting role was playing Edgar Snow, an American journalist in China back in the 1930s, for a Chinese TV serial. It was about 10 years ago. My dad helped me get the role, because I was kind of lost and clueless about my life. He reminded me that I stayed in China and didn’t go to college because I wanted to pursue an entertainment career.

The worst part about being an actor in China is being treated like I’m on the top of the pyramid of show business or the entertainment pyramid when I’m working on a project. Everyone says, “Ah, you’ve worked so hard” when I think everyone on set contributes equally. So, I don’t like to feel like I deserve more attention or deserve more praise. I think everyone on a production is equal and we should hold ourselves to that standard and contribute equally – 150% all the time.

I think it’s a tie between my mom telling me to not smoke cigarettes, which I’ve never done; and the second one would be my aunt telling me that a man without a career can’t really be called a man. If you really want to be a mature man you have to have your shit straight.

You can only read so much when you read a character’s description or their lines. It’s really how he interacts with other people that determines who he is and that’s how people are in real life, too. So, basically I try to study his relationship to other people and also discuss with the director what he sees. Then I always try to give a little something different, a little something extra besides what the director asks for just because giving the director exactly what he or she wants bores me. So, I tend to like to surprise whomever I’m working for or with.

I’d say a villain, a bad guy to start. Also, I want to slowly get into action and possibly action-comedy – just see if I’m fit for this genre, so anything that might be a “Deadpool”-like character, where the guy’s an action super hero but funny at the same time. I think the Jackie Chan formula works, especially with Jackie Chan abs.

Now tell us about your work in the Chinese film “The Wandering Earth”?

In the film, I play the role of Tim, a half-Chinese, half-Australian miscreant who accidentally finds himself caught up in a mission to help keep Earth from crashing into Jupiter. Tim has a lot of bluster, but he’s also flaky and scared. At the crucial moment, though, he steps up and saves the young protagonist of the film Liu Qi. So, my take on the character is that he symbolize the idea that each of us has some internal courage or, as the director called it “light” that can be unloosed and can “shine” on others. All in all, the film seems to be optimistic about the human potential for good – even in people who may look like society’s weakest links.

I’ve been steadily working in the Chinese entertainment industry for a decade now, so I’ve been in a lot of productions. I’ve had roles in at least 17 feature films and in numerous TV and web series. I’ve also written, produced and acted in several of my own videos, some of which have gone viral in China. I’ve also participated in or hosted various reality TV and web shows, as well as variety and game shows. I’ve also done a lot of commercial work for major international brands as well as domestic Chinese brands. Plus, I’ve done a lot of live hosting, such as for events featuring LeBron James and other NBA stars; Shaun White; Cristiano Ronaldo; Jackie Chan and Fan Bingbing; and Novak Djokovic, among others.

The director of “The Wandering Earth” is preparing highly possibly some character series revolving around the main characters of “The Wandering Earth” as well as a sequel to the movie. In the meantime, I’m trying to establish myself as more than a comedic actor, venturing into fitness – labeling myself as a fitness icon and in fashion as well. It’s more than just being an actor.

I could name a few: Robert DeNiro, Denzel Washington, Matt Damon, Heath Ledger. I couldn’t really tell you why. When I enjoy a character I normally enjoy the entire piece. I can’t really appreciate an outstanding character in a mediocre movie. It’s the story that draws me to characters. It’s the bodies of work that these guys have been part of and their versatility.

Basically, everything other than mumble rap.

In my profession, there are no weekends. Sundays are normally more packed in restaurants compared to weekdays. So, I actually don’t prefer Sundays. My perfect Sunday would be just like any other day. Working out, exercising in the gym. Good weather, sunshine. Good healthy food. Good conversation with friends and basically recharging my body and prepping for the next week.

I’ve had my share of happiness. Obviously, I think I’m allowed to have more. But right now at this point my most fulfilling feeling is actually helping others and mainly my family hopefully reach their happiness and their personal goals, because as long as I stay hard working and keep striving to improve myself I will always find self-fulfillment. But it’s time to really share my success or whatever scale of success I have with the people around me, whether it’s family or very close friends and that would make me happy.

I like to watch sports on TV. I normally don’t dig through TV to find shows to watch unless they’re heavily recommended by a friend, but I do entertain myself with sports.

All healthy foods. They’re great, right? Isn’t it good to take care of your body? I mean, nacho cheese is great, but shoot, quinoa, cranberries . . .

It’s been a while since I’ve had a great pizza. I’d say it’s Chinese hot pot. The sauce is really heavy and thick and that’s definitely a cheat food.

I’m slowly getting into charity work. Whether it’s helping poor children do sports or hopefully I can get involved in environmentalism and stuff like that.