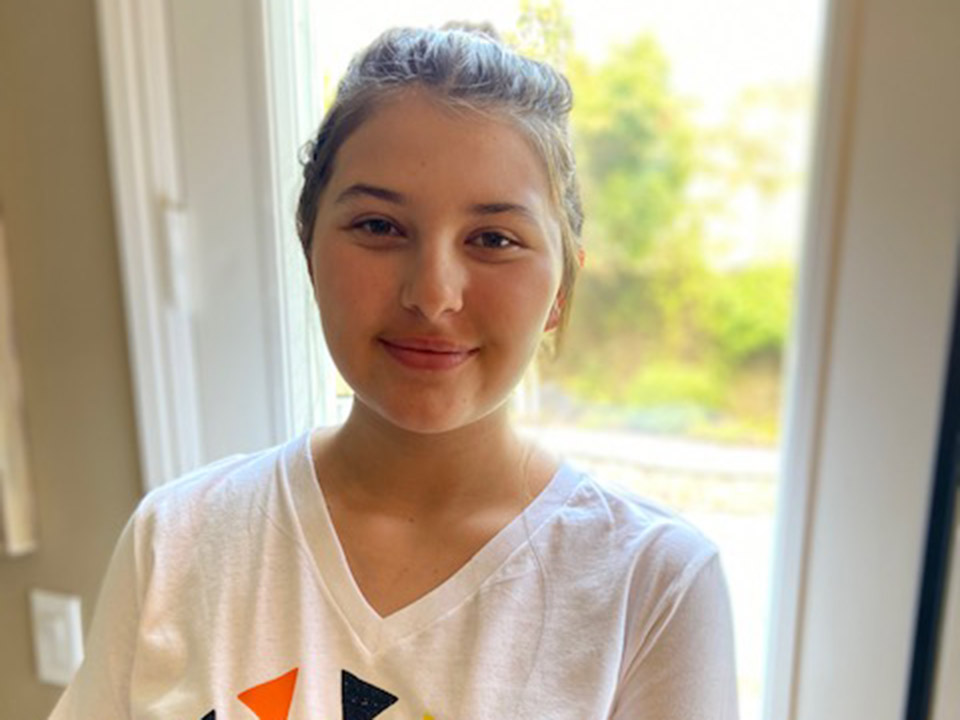 Check out our interview with “This Is Us” talented actress Mackenzie Hancsicsak.

Mackenzie and her cast won back to back SAG awards in 2017 and 2018 for Outstanding Performance by an Ensemble for a TV Drama Series. Mackenzie has been on a few episodes of Tangled the Series alongside her “This Is Us” mom Mandy Moore, who plays Rapunzel.

In her free time, Mackenzie is a Cadette with the Girl Scouts. She sold over 1,300 boxes of cookies last year and got to attend the “Sweet Elite” event at Disneyland. She’s an Ambassador for the G.U.T. (Girl Uplifters Team) whose philosophy is to support, encourage and upflift others. Mackenzie loves animals and has 2 rescue dogs, and a leopard gecko named Luna. 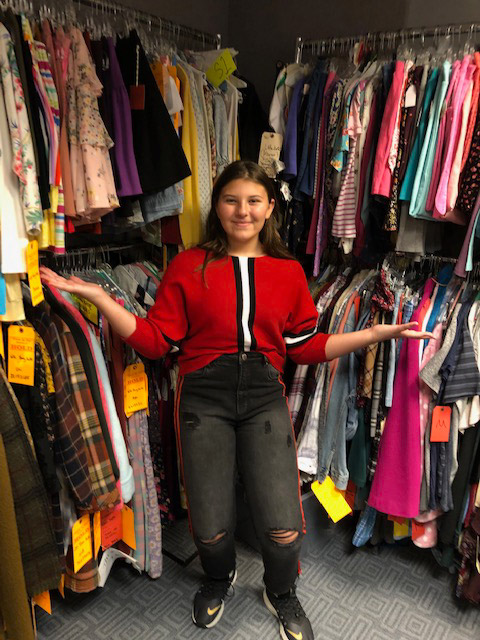 Hi Mackenzie, please tell us a little about you?

Lady Gaga because she’s nice to her fans. Even though she’s a huge star, who’s super talented, she still makes time for her fans.

I was always running around singing and dancing and I think my mom thought it would be a good fit to put me into acting. I started doing summer acting camps, and after school plays. I was in a summer acting camp and had just signed with an agent when I got the call for the “This Is Us” audition. It was my first big professional gig.

It has and it hasn’t. I’ve had friends since I was 4 who I’m just Mackenzie. Because This Is Us is an adult drama, alot of my school friends don’t watch the show, so they just treat me like me. But then I’ll be at Costco or Target or something and someone comes up to ask for a selfie. Sometimes I forget I’m on a show, until someone comes up and starts asking me about it. Or asks for a pic or a hug.

Tell us about your work in popular NBC show “This is Us?”

I play 12 year old Kate, alongside 12 year Kevin and 12 year old Randall. We are the 12 year old versions of “The Big 3”. I love working with my “brothers” Parker Bates (who plays Kevin) and Lonnie Chavis (who plays Randall). We act like brothers and sister when we’re all together.

And about your role as Young Kate?

I like it and I like when people watch the show and they write me about how they identify with the character and how it’s nice to see someone that looks like me, or Hannah Zeile (who plays teen Kate) or Chrissy Metz (who plays adult Kate) being on tv. Not a lot of characters on tv look like us.

What is the feeling of you guys winning back to back SAG awards in 2017 and 2018 for Outstanding Performance by an Ensemble for a TV Drama Series?

It was very exciting. To be sitting at a table with your cast and hear “This Is Us” called out is definitely a surreal moment. I wasn’t quite sure I heard it right but then I saw everyone jumping up and down and screaming, so I was like, ok, I think they said our name! 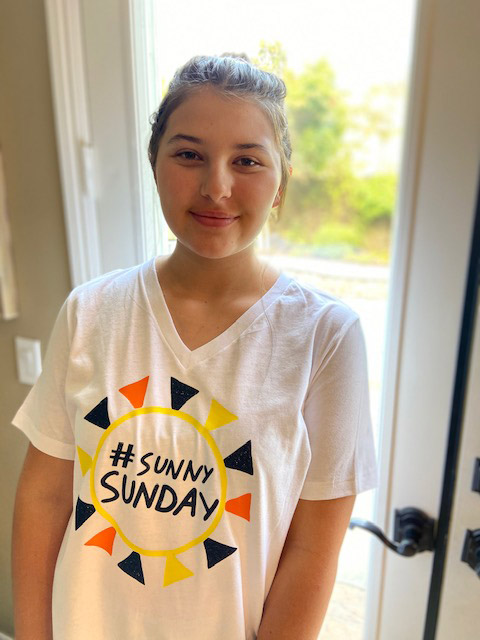 And about your work alongside Mandy Moore in “Tangled the Series?”

The thing with voiceover work is that you don’t really work “alongside” other characters on a cartoon. We film our parts separately and then the amazing people on the show edit it all together to make it look awesome. I love voice over work though because you can show up in your pj’s and nobody would mind. I hope to do more of it!

I just filmed a video with Kristina Kuzmic who makes those awesome inspirational videos and who just wrote a book. It was so much fun. It’s about how to be careful what you say in front of your kids, because they pick up on what you say. If you can try and be kind to one another and yourself, then you can never go wrong,

I think meeting the fans or talking with them via social media. When you film the episodes you’re on set, and not in front of an audience, so you never know if people are going to like what you’re doing or not. It’s so nice meeting and connecting with people. I like it alot.

I gotta say, I love my Girl Scout cookies. Especially thin mints, frozen, with a big glass of iced milk.

I would say it’s “I dress the way I want to” style. I like to dress up for events, but every day for school, I wear sweats and a sweatshirt and I’m happy as can be.

I texted one of my friends and asked her this and she said, “you’re kind, you’re funny, and a great friend”. Awww.

What’s next for Mackenzie Hancsicsak in 2020?

There was a school shooting at a local High School last year and I made a pledge this year to try and put some light and positivity out into the world. I made a pledge to post something every Sunday in 2020. That’s 52 posts. I’m calling it #sunnysunday. So if anyone reading this wants to send me ideas about places to go, things to see, on a Sunday, who knows, I may just show up!

Being with my friends and family who love and support me.

My mom wakes me up at 6:30am, and I may or may not jump right up (I’d say I definitely do not jump right up), I have some breakfast and then we leave around 7:20am for school. I go to public middle school when I’m not on set filming. I get done with school and then it’s homework, walking my dogs, or hanging with friends, seeing a movie, then I have dinner, shower and try to go to bed by 9. If I’m working, then sometimes I’m up at 4 or 5am, to be on set by 6, and then it’s filming plus 3 hours of school on set with the set teacher.

As I mentioned before, we’re making a pledge to shoot, edit and post a video every Sunday in 2020. But before we do that, my perfect Sunday is sleeping in, making pancakes and hanging on the couch with my dogs watching the Simpsons.

I would have to say my mom’s parents. My grandma died when I was 4 and my grandpa died before I was born. I’m named after him. His name was Ken.

To be yourself. You can’t be anyone else, so don’t even try.

I love animals so I will always support a charity that wants to help animals. I have 2 rescue dogs and they both came from shelters. In the summer, I volunteered at the place I got my dog, Bear.

My dogs Bear and Finnegan, my friends, and my bed because if I don’t get enough sleep I’ll be cranky toward my dogs and friends.

Right now I’m really into listening to Kristin Chenoweth. Wicked is probably still my favorite musical but I’m also listening to her in “You’re a Good Man, Charlie Brown” and there’s a song of hers my mom introduced me to called “Taylor, the Latte Boy” that I sing ALL the time.

I would say I like Broadway and pop music mostly although when I’m driving with my dad, we listen to rock in his car.

I like it when it’s positive but when people write mean things back and forth I don’t see the point. My mom controls my social media accounts because there is A LOT out there, and I probably don’t need to see it all. I do like watching all the makeup tutorials, though. Those are my favorite thing to watch on Instagram.

Quote: “Life is like a box of chocolates, you never know what you’re gonna get”