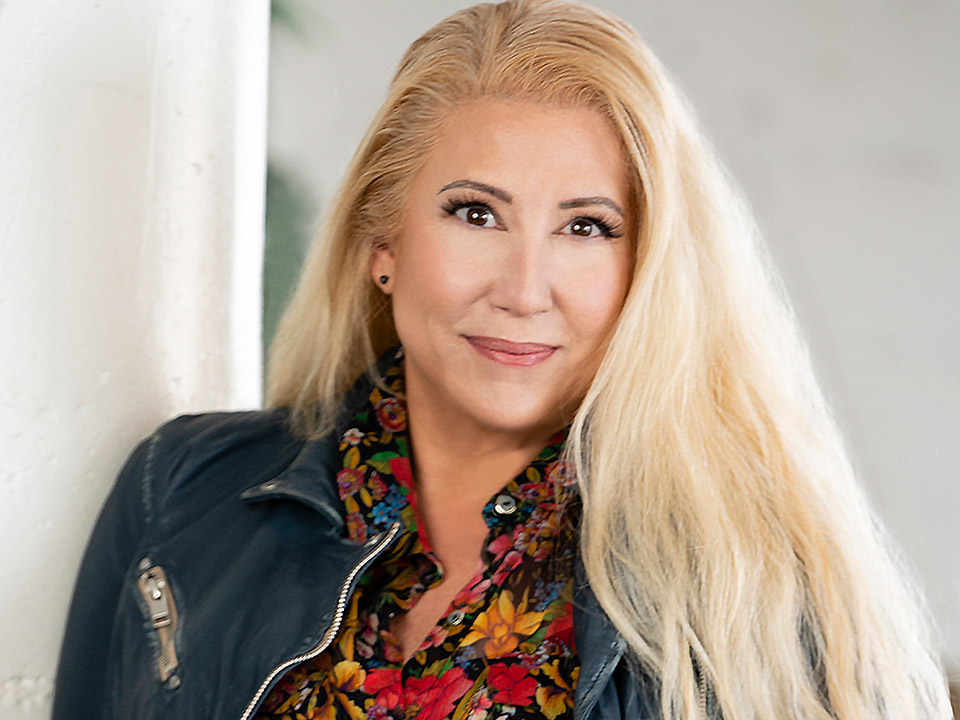 Check out our interview with travel expert and Adventuregirl.com founder Stefanie Michaels

Coined as “America’s Tweetheart” by Vanity Fair and #1 in Forbes’ 20 Most Branded Women on Twitter/Top 30 Women in Tech, Stefanie Michaels, better known as “Adventure Girl” has made a career of combining her passions for travel and tech and calls the world her home. From defying gravity with astronaut Buzz Aldrin to spreading social good as a former Digital Ambassador for the White House, and one of the first people to reach over 1 Million followers on Twitter (right behind Ashton Kutcher), Stefanie has also worked as an expert for E!, Access Hollywood, The Insider, The Rachael Ray Show, CNN and Fox and has been featured in Vanity Fair, TIME, People, Glamour Magazine and Marie Claire, just to name a few. 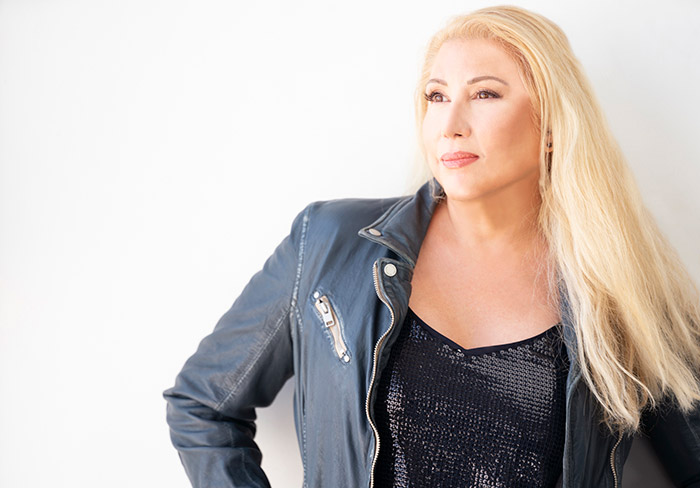 Hi Stefanie, please tell us a little about yourself?

My name is Stefanie Michaels, my friends call me Stef. I’m known around the globe as “Adventure Girl”. I started in the early 90’s branding my moniker, and today I get to share my life and world travels with my online friends. I’m a tech nerd and an animal lover—I have five at home, 4 rescue dogs and a rescue kitty.

Curious, spontaneous, and of course, adventurous.

How did you get into the travel industry?

I’m actually in the entertainment industry, and started as a journalist. I wanted to be a war correspondent, but it worked out my reporting kept getting nudged into the travel and lifestyle areas and so I just went with that.

Being able to get along with all kinds of people and networking them with others. Also, adept to changes in my business and navigating what’s next.

It really depends on if I am home or on the road. Often times at home, I’m on calls or answering emails for work, and on the road exploring and investigating stories I can bring back to my online friends and fans.

Living life out loud, my family and animals. Nothing like cuddling on the couch with them when I’m off of the road.

What mindsets helped making you so successful?

“Why not” is my favorite term. I actually had this saying tattooed on the inside of my ankle in French.

What did you learn from your biggest failure? (if any)

You have to fail to appreciate when you don’t. If you don’t fail, how would you ever know that you succeeded and actually appreciated that success. I’ve learned, you may be knocked to your knees, but lean on one leg, put the other underneath you and get up. And, don’t be afraid to ask for help getting up. People really want to help and see you succeed. The ones that don’t, get rid of them.

Are there busy and quiet periods during the year?

It varies of course, but mostly it’s quiet around the US holidays for me. I revel in this downtime to catch up with family and friends, and of course… cuddle on the couch with my animals.

Any advice to entrepreneur women out there?

Learn to turn no’s into yes’s. As entrepreneurs, we’re cutting our own paths with our own visions. Find those people that can see what you are trying to build and embrace them and their knowledge. Also, don’t be afraid to ask others for input. Sometimes an outside opinion might not be something you’ve thought to initiate for your business, but is a good idea. 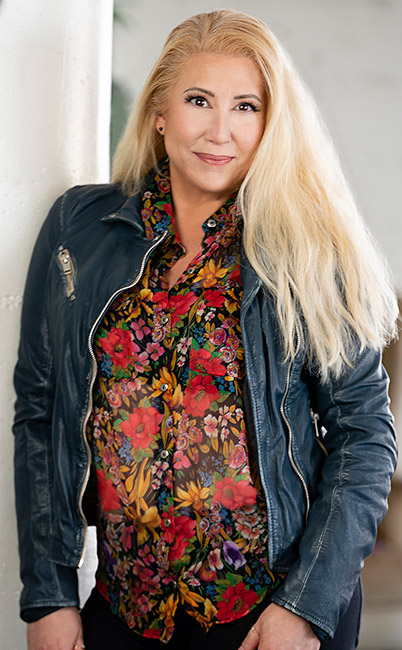 What does it feel like to be named “America’s Tweetheart” by Vanity Fair and #1 in Forbes’ 20 Most Branded Women on Twitter/Top 30 Women in Tech?

It’s a nice way to say that a lot of hard work over the years paid off for me. Like a pat on the back that says, “good job”, but by no means does it mean that’s what I can hang my hat on. It’s encouragement to continue on, and something to look back on when I have a day that isn’t going good and I need that little reminder to keep stepping forward.

Oh so many lessons every day, still! If I have a down day, I remember that it’s just “today” and that there is tomorrow to start over. We get start overs with each day we wake, so don’t let that one or two days kick you down. I also have a special place I go when I’m dealing with depression. I’ll head to NKLA, a no kill shelter in Los Angeles and play with the dogs and cats there. It really lifts my spirits and know that they are having it hard themselves, and there is nothing like unconditional love from animals who have had it hard themselves! Perspective, you know? Also, step away from yourself by donating your time to those in need. Someone always has it worse off than you and sometimes it takes helping others to remind ourselves how lucky we really are and selfishly, how doing something for others makes us feel good for doing this.

Where do you see yourself and your projects in the next 5 years?

I don’t think I am that person who could ever retire. So, just moving forward doing what I do, exploring and sharing stories, rescuing animals, loving my family and taking Adventure Girl the brand to the next level.

Now tell us, in your opinion, what are the best international destinations for solo travelers, newlyweds, and retired couples in 2020?

Right now, it’s all about Slovenia in Europe. It’s a place for everyone of all ages to explore. It’s got that old-world charm, lovely people and good food. Plus, travelers can adventure to both mountain and sea side destinations, as well as explore a huge cave system that runs under most of the country. In the early 1800’s wealthy Europeans would throw elaborate balls and parties inside.

Scottish Highlands of Scotland is wild and wonderful and again, perfect for all ages. There are beautiful hamlets, nature abounds here and the area is close to the city center of Edinburgh.

What are your top 3 best weekend getaways?

It depends on where in the world you are. What I like to share with people is think about where you can go within 4 hours of your starting point, then figure out where to go via plane, train, car boat. I also am a big fan of having a staycation and exploring what to do in your own backyard so to speak. Be a tourist where your from and see how much you might have missed till now!

How did you distinguish yourself from your competitors?

I really didn’t think about them as competitors, because no one at the time was doing what I did. I began calling it “traveltainment” because I was from the entertainment industry, but traveled. I just was “me” and it just worked out that what I did and shared resonated with so many others. It’s like I found my tribe, when they found me.

Everything from what to do and see to where to stay and play, and 8 Great lists on different areas like Nashville thrown in with some recipes and where to eat.

What do you think is the secret to having a successful site like the one you have?

Being authentic in what I share and what is placed on the site. I won’t post about something if I haven’t seen it first hand, and my other contributors have to do the same. It’s all about sharing information that can help others find their own adventures.

Antarctica. I’m dying to get there and share what I experience. Plus, I am obsessed over penguins.

I don’t think there is just one, but if I had to choose, I really liked “Tipping Point” by Malcom Gladwell. It’s not a new book, but what’s in it is timeless in the business world.

Le Petite Prince. I adore this book and have re-read it so many times that it’s my go to when I have downtime. I collect them it different languages around the world. It’s been translated into 300 languages, which says a lot about it. Do read it (and re-read it) if you get the chance.

It’s really hard to just “holiday” because my mind spins out ideas I can write or share about the destination. I would say that Paris is always my little slice of heaven to explore and Buenos Aires is another favorite. My husband is my best friend, so anywhere with him for a few days is a dream.

Tim Berners-Lee who basically invented the Internet, Hedy Lamarr because she was this amazing scientific mind masked as an actress, Barbara Liskov who created the first computer language and Stephen Hawking, who I came so close to meeting in person, but sadly missed that opportunity.

I’m working on a couple of projects I can’t disclose just yet for Adventure Girl, and doing what I do best, traveling and sharing my adventures. I rescued a new pooch in March, named Bill. So, I’m now his “momager” for his brand, @BillHasLips – we’re doing a TV show for Hallmark Channel shooting in January.

Jeans, t-shirts and hoodies. I’m super casual except when I have to do TV shows or meet and greets, then I tend to like to add a little bling to it all. I also am a huge fan of Maje, The Kooples and Sandro brands from Paris. I do most of my shopping in Europe for classic pieces that live in my closet for years.

I wish I could write computer code. I’ve dallied in Ruby on Rails, but it is so darn hard. I started my first website as one of the first 1500 commercial sites online.

Anything salmon or trout on the barbeque. Yum.

Crime shows. We have a 24/7 murder investigation channel that I watch relentlessly when I get downtime.

St. Judes, Best Friends Animal Sanctuary, Wounded Soldiers, Charities for the homeless, and each year, I choose someone to personally help, who I may read about online or see on the news.

Any advice to women out there?

Live your best life. You only get one.

It’s made me, it’s navigated my business by listening to what my fans want from me and the brand. I LOVE IT!

Quote: If someone asks you on an adventure, never refuse.

Movie: We bought a Zoo