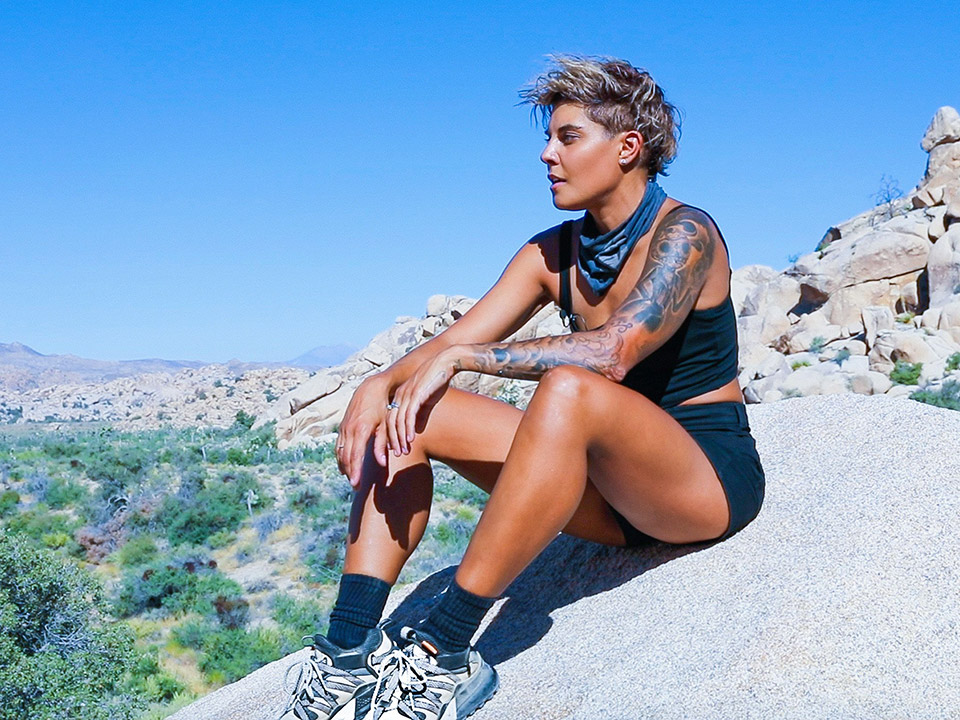 Hannah can be seen on “Sorry to Keep You Waiting”, a short series she’s developing on a solo road trip through California. 7 locations; 7 stories and experiences vital to mental health.

Rad has been recently seen as the music & lifestyle host for ESPN X Games, Twitch and the Grammy’s “Sessions” series, E!’s Daily Pop, hosting LiveXLive’s festival and event livestreams and was seen for 5 years on REVOLT as one of the founding hosts, while also serving as producer and host of the channel’s electronic show, ‘LVTR’. Hannah also hosted Red Bull’s BC One World Final – Switzerland, Red Bull Bracket Reel, Fashion Nova Cardi B launch, the MTV game show, ‘Crash Karaoke’, Red Bull TV’s ‘Summer of Festivals’ and the inaugural Electronic Music Awards.

As a DJ, Hannah has been heard on ‘Total Radness’ at Red Bull Studios NY and as a guest DJ / host on SiriusXM’s HipHopNation. She has appeared on BBC Radio 1 and spun events for Apple Music, Beats By Dre, True Religion, Topshop and at Ultra Music Festival, Art Basel Miami and the Global Spin Awards.

A member of the LGBTQ+ community, Hannah has devoted her time and energy to supporting their space and fighting for positive mental health for those who may currently be struggling.

How did you get started as a DJ/ TV Host?

My background was in graphic design, but after trying that in NYC for a couple years, I shifted focus to my love of radio. I spent 5 years on air in New York before transitioning into TV, which was a natural move. DJing has always been a side hustle and love for me… I started while on radio (live mixing during my shows) and you can still catch me occasionally jumping on IG Live or Twitch for a live set.

Now what about your new YouTube series “Sorry To Keep You Waiting?” How often do you upload new content?

I’m pretty incessant with it. New episodes come out every Tuesday at 12pm PT on YouTube, but I have dedicated Instagram and Twitter pages for the series and make efforts to connect with that specific audience on a consistent and daily basis. Lots of BTS and content not necessarily or always shown in the episodes.

In short, I took a solo road trip and hit 7 beautiful California locations in 7 days. At each stop, I share a vulnerable story, sometimes of triumph over tragedy, overcoming adversity and how these experiences have shaped my mental health and wellness journey.

Why did you decide to create this and share your story?

Mental health awareness is something I’m truly passionate about. As I’ve been on a path to healing and acceptance, it felt right to share my stories so that if it helps one person I would be happy. The decision to begin the series came out of really down day I had, where I decided to not “live in the depression” and instead create something beautiful out of it.

What do you think is the secret to have a successful YouTube channel?

Y’know, I’m a bit newer to the YouTube community in the sense of growing from something small, but as with any platform, I think consistency and authenticity is key. Delivering content that is true and unique to me on a regular basis. 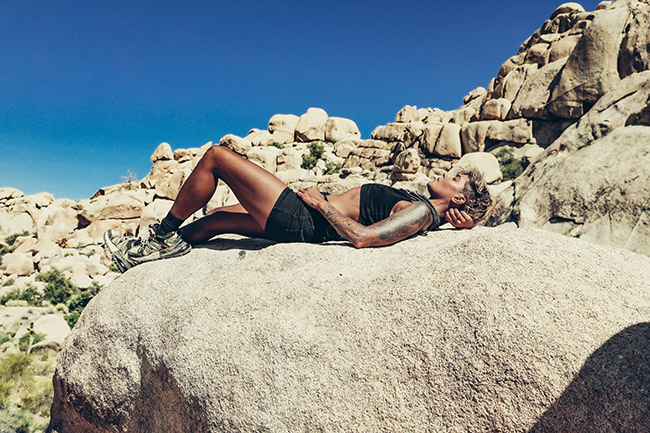 Now tell us about your TV work in popular events like the ESPN X Games, Twitch and the Grammy’s “Sessions” series, E!’s Daily Pop and also on REVOLT?

In short, I’m blessed. I’ve had every amazing opportunity to sit in rooms with and interview nearly any musician, athlete, celeb you can think of and I feel constantly amazed that that’s been my work. I do know that it’s not just luck, and a lot of dedication and passion goes into it.

One of the last gigs I had, I played Empire Girls Party in Sydney, Australia during Pride / Mardi Gras. Some extra force came over me and it was a VIBE and a half.

A-Trak as a DJ is wildly talented. I’ve always loved Outkast and the way Big and Stacks play off each other’s unique styles, but you can easily catch me big time stanning pop queens like Gaga, Ariana, Bey and Ri. I’m versatile.

Wait till the final episode of the series 😉

Primavera Sound in Barcelona
Roskilde in Denmark
Bonnaroo in Tennessee

How do you manage all the social success you have and the part that everyone is looking to you all the time?

It’s a balance. Opening up, especially on social media where there is seemingly unfiltered access to yourself, welcomes in a lot of good positive conversations, but you have to be able to take in and deal with the adverse comments. Those are inevitable. The way I see it, if y’all really wanna come on my page and drop a not so nice take, well, you still took time out of your day, paid attention to what I’m doing and essentially, gave me an extra view or two, so thanks! …Gotta always keep it positive! 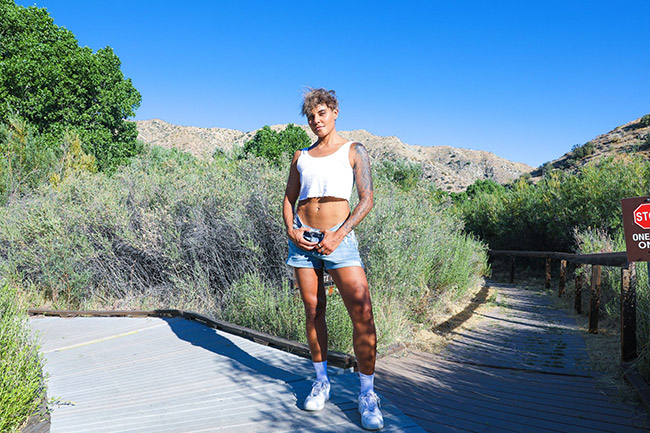 I made her answer this question in 3 words. She gave me 10. Thanks, Lindsay! “Thoughtful, quick, light, hilarious, beautiful, enthusiastic, caring, strong, ethical, hard worker”

What’s next for Hannah Rad in the last months of 2020?

Season 2 of “Sorry to Keep You Waiting” is already being developed.

I eat salad for breakfast, I swear. My friends think I’m strange.

Freedom is owning no one person, any one thing.

I am on the Speakers Bureau for RAINN, have worked with No Bully and am donating part of the funding for this project to the National Alliance on Mental Illness.

Tv Show: I May Destroy You