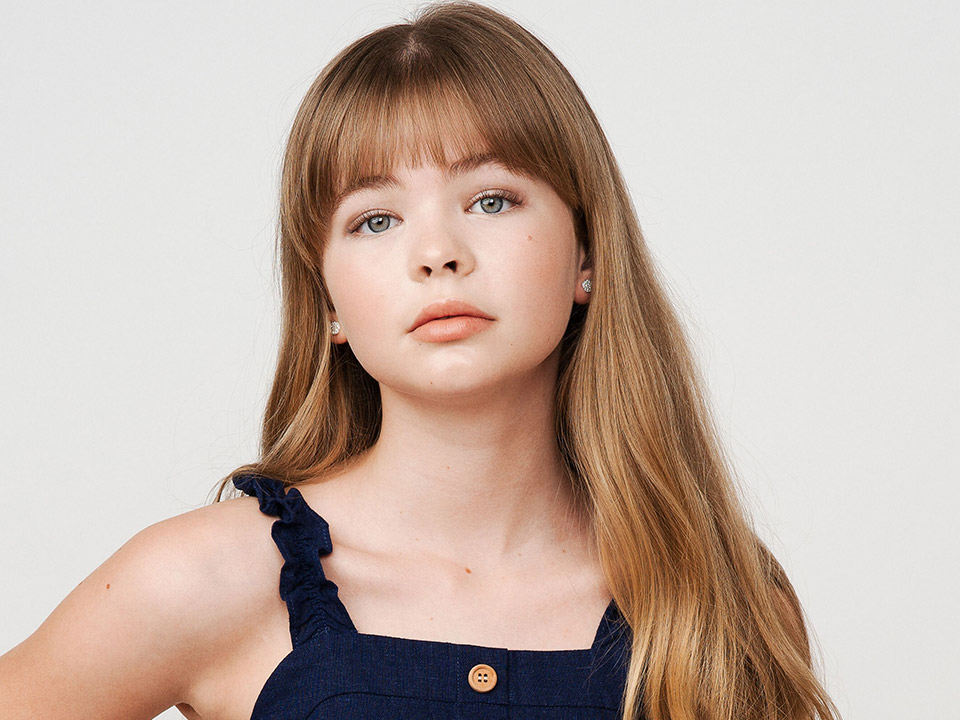 Isabella (Bella) Rose is a talented Australian child actor, singer, model, and dancer. At age 12, she has already proven herself to be a diverse entertainer and has been cast as everything from the cute little kid to the daughter of a heroin addict. Her skill and work-ethic has allowed her to work successfully alongside noted directors, producers, writers, and crew throughout Australia. Trained in musical theatre, speech, drama, tap dance, and ballet, Bella also has vocal training and an abundance of natural talent. Bella has been acting since the age of 7. She has an impressive body of work, including credits from over 70 film and TV productions. From short films, to children’s TV, feature films, commercials, educational videos and web series, she has done it all. Her accolades and abilities earned her 5 years international representation with Australia’s top acting manager Charmaine Gilchrist at ‘Gilchrist Management’. She has also secured management in USA with the reputable Mason Frank at ‘Fullscreen Media’.

On top of this, Bella has been recognized as a tween influencer with Izzy Be, written a blog for tween magazine Seraphina, and was interviewed by tween online magazines YAYOMG, Tresa Magazine, Celebrity Hautespot. She has also been featured as a cover model and editorial model in many teen fashion magazines and online publications.

The Griffith Drama Production Awards rewarded Bella for her work in the challenging short film ‘Paradise’. She was awarded “Best Supporting Actress”, with accolade determined by a professional panel of Australian Film Industry critics. 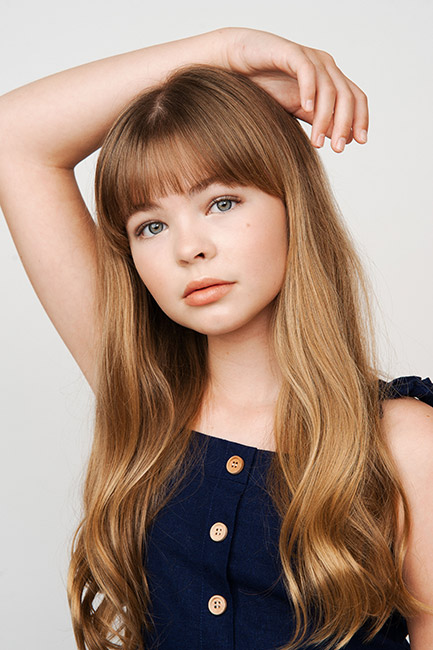 Hi Bella, please tell us a little about yourself?

I’m 12, from Brisbane, Australia. I am an ordinary tween, who loves dance, shopping, watching TV and YouTube clips, and I am an actress.

Weekdays – Before school I am often filming audition tapes in my home studio, I then go to school, after school I have technique classes for dance, theatre or singing, then homework, and my before bed reading normally includes scripts for my next audition or current project.

Weekends – A nice sleep in, brunch with family or friends, performance troupe dance classes, auditions and castings, school assignments and time with friends. On Sundays we like to go the beach for an early morning swim.

My first job was on a children’s TV show, I heard about the casting at dance school and convinced Mum I wanted to do it. I was a child guest who was interviewed by four very big fluffy puppets, the show was about little kids teaching the puppets about the world. I heard there were kids who arrived on set and were scared of the puppets so didn’t talk much. Mum said I was a chatterbox and a clever little kid who loved talking about everything and anything. Initially I was booked for one episode, I stayed on set longer than planned the first day and got a few callbacks, I was a little expert on things like vacuum cleaners, metronomes, tall buildings, street cleaners, clouds and xylophones. Not long after filming, one of the puppeteers moved into a production role in a new children’s tv program and cast me, that first role has since led to opportunities on five Australian children’s tv programs … so far.

Auditions are the hardest part, you are in a very vulnerable situation as you are specifically performing to be judged. Sometimes I put extra pressure on myself because through the audition process I get really connected to the character and script, I get a bit obsessed about the role and then really want to be cast.

Where the love of acting comes from?

I think my love of acting comes from watching a lot of TV. I really enjoy it, and ever since I was about 6 years old I have been driving my family crazy by re-enacting scenes from TV shows in the add breaks.

What was your first professional booking?

My very first audition with a casting director, landed me the Hero Child of a National Commercial for a new attraction opening at a Village Roadshow Theme Park “Movieworld”, to say it was a fun experience is a massive understatement. I think I did a good job because I have worked for the Theme Park on various projects every year since then.

Tell us about your latest project “Magdala Rose”.

This has been the most amazing film project, it is a medieval action drama. The castle is under siege and inside are keepers of a treasure. I play Meg, it is my first lead role in a feature film. Working on a feature film is a huge commitment, and the project from concept and rehearsal, through to post production and cinema release is about three years. Experiences on the film have included, green screen work, stunts on climbing ropes in the studio and rock walls, horseriding, and working with some amazing actors. The writer and director Paul Day from Angel Studios, wrote the role especially for me. The film has a premiere screening in November. So far this film has been nominated for 11 awards from the Australian Screen Industry, including a nomination for me as Best Supporting Actress!

Can you share something funny that’s happened to you while filming?

I was filming a TV commercial, and was in a small boat with one other actor, in the middle of a really big lake, it was a drone shot and the crew were all onshore, the drone lost battery power and went into auto pilot mode trying to land on the boat. The drone kept coming down to land on us and then lifting up and trying again and again, it was like being attacked by a big scary bird. It was scary at the time but funny watching the footage later that night. 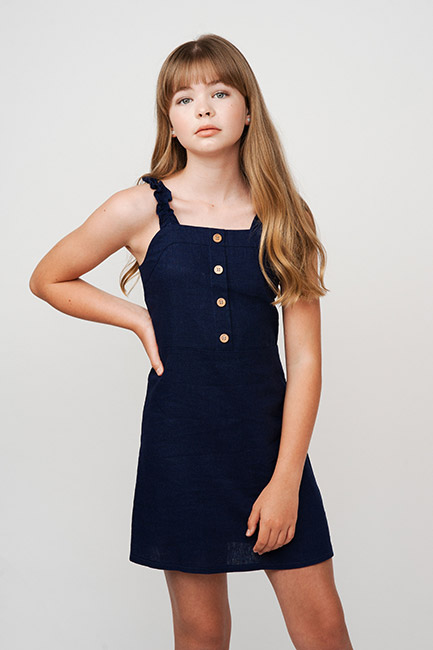 Be nice to everyone on set, the industry is so small and you never know what role people will have on their next project. I have worked with a puppeteer on a children’s TV show, and her next job was a production coordinator on a TV series – responsible for booking the children’s cast.

I am often auditioning for amazing projects with Disney and Nickelodeon, and my bucket list would be booking a dream role as a regular in a TV series like Next Step, Dance Academy, High School Musical, Victorious, Bizardvark or a musical movie like Teen Beach Movie, Camp Rock or High School Musical.

I am looking forward to the premiere of the feature film Magdala Rose in November, and the Australian Screen Industry Awards in December. I have a few short film projects booked, and early 2020 is Pilot Season which usually keeps me busy with lots of auditions.

I have represented my school and state at the National Robotics Championships, I love everything maths and computer programing, in the competition I designed, built, and programmed a robot. My favourite and best subject at school is Maths.

Being a working everyday actress on a Disney or Nickelodeon TV series, if it was based a performance school and there was lots of dancing involved I would be super happy.

Swimming at the beach, a few hours swimming in the surf and I am full of happiness

The Maldives is my dream destination, staying in one of those overwater bungalows, I would love to travel with all my cousins for a big family holiday.

Aussie Actress Rebel Wilson because she inspires me, she is funny, an amazing singer, a great actress, and I feel like she was an ordinary girl who followed her dreams, has had so much success and has her own film production company.

An early morning trip to the Beach for a swim, a beachside brunch, a little shopping, a walk with my dog, pizza for dinner and a few hours of TV.

I love watching T.V, I think I have convinced mum that I am studying acting techniques! My favourite shows at the moment are Glee, Gossip Girl and Shitz Creek.

Through my school we support many charities, but the ones I feel most passionate about are those who help families in drought. My school has a big community of boarding students from ‘out west’ who come from drought affected farms. Much of Western Queensland is in drought, the farmers are really doing it tough.

As an actress, having social media is an expectation and requirement. It is used for building a profile, connecting with industry, showcasing my work and being a team player on smaller indie projects by helping to promote them.

Quote: You don’t have to be perfect to be amazing.

Music: Spotify, I have soo many playlists, and definitely not one but maybe 20 favourite artists.

Sports Team: The Brisbane Lions, it’s my hometown Aussie Rules (AFL) team. Their home stadium is walking distance from my house, and going to the game is something my Dad and I enjoy together.