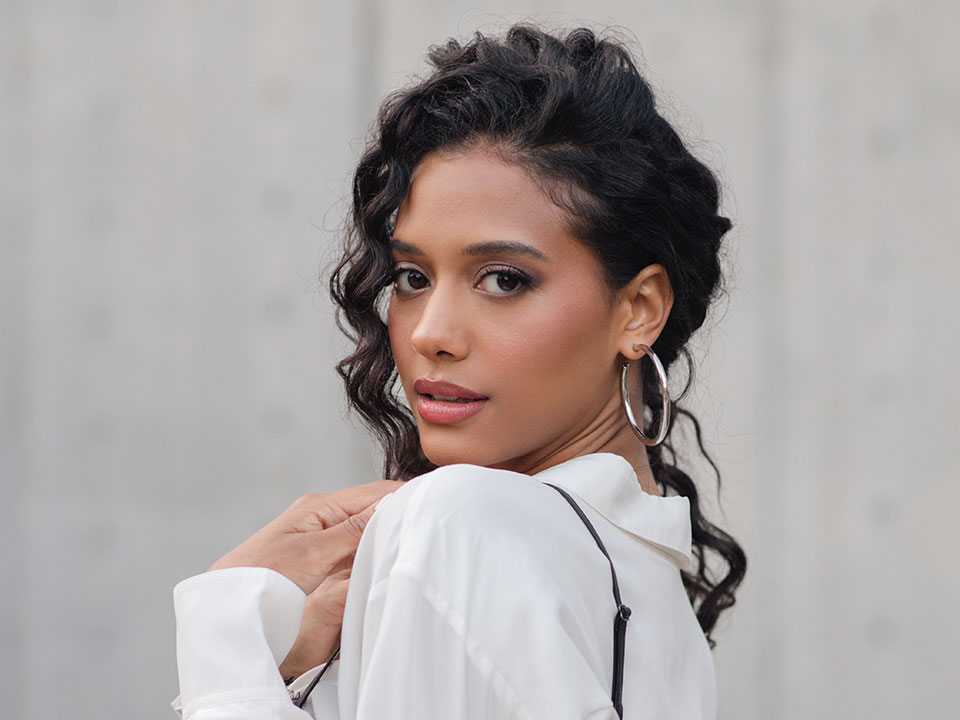 Check out our interview with stunning actress and singer Jonetta Kaiser who can be seen in the NBC Peacock series adaptation of “Vampire Academy.”

The newly minted hit fantasy horror series (80% positive critical review on Rotten Tomatoes) invites fans to the new and exciting world of St. Vladimir’s Boarding School and a royal society of vampires and half-human dhampirs. Based on the bestselling novel by Richelle Mead, “Vampire Academy” comes a story of friendship, romance, and danger. In a world of privilege and glamour, two young women’s friendship transcends their strikingly different classes as they prepare to complete their education and enter vampire society. One as a powerful Royal, the other a half-vampire Guardian trained to protect against the savage ‘Strigoi’ who threaten to tear their society apart.

Kaiser is a big advocate for mental health and body image positivity, something she personally has struggled with due to her scoliosis. 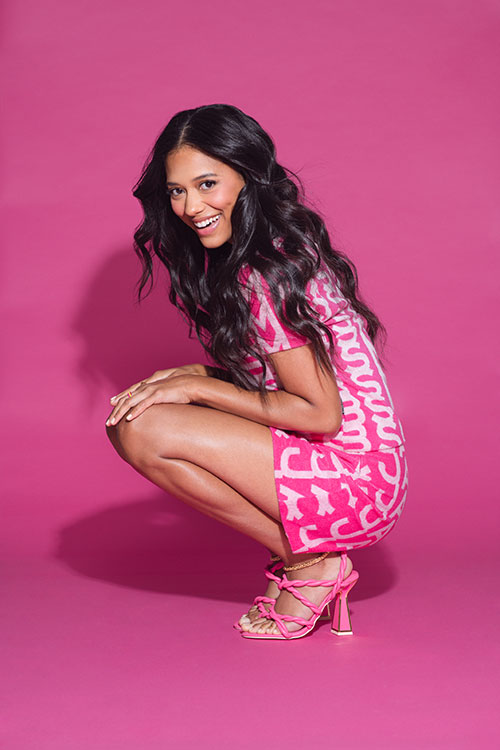 My name is Jonetta Kaiser. I am an actress, most currently as Sonya Karp in Vampire Academy on Peacock.

It started at a young age for me. I would Google casting calls and mail casting offices my headshot and resume. Then I did background work in Louisiana for a year, after graduating high school, to be on set and if I enjoyed it. Then in 2018 I made the move to CA to pursue it professionally.

I know 100% I made the right career choice, I love it so much and I don’t want to do anything else.

The best part to me is getting a new script and getting to dive into it. I love the work and meeting a new cast and crew. The worst part is that realistically you’re unemployed most of the time.

My process is never exactly the same, but generally I print the script and read through it a bunch of times and then I start to scribble notes. I write out how I relate to the character I’m playing. I write out thoughts as they come. Hearing the lines out loud helps a lot so I do that a million times. It also depends on the role. Playing a high schooler doesn’t require as much work as playing someone with more life experience.. unless the high schooler has a lot of life experience, haha.

Tell us about your work in NBC Peacock series “Vampire Academy?”

We filmed in Spain. It was an amazing place to film because all of the sets were real. It made the work so much easier to have such luxurious locations. We did a lot of night shoots, because vampires, but for my character I had a surprising amount of scenes during the day. I guess my character has insomnia. 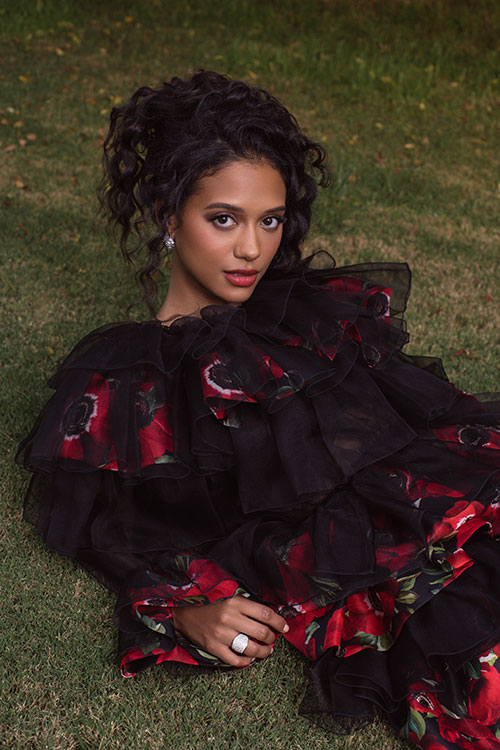 And about your character “Sonya Karp?”

Sonya Karp is a librarian at St. Vladimir. She’s quiet and odd. As the adopted daughter of Victor Dashkov she finds herself attending royal Moroi parties, even though she’s a non-royal. Sonya falls in love with Mikhael, a dhampir guardian. We get to see the lightest and darkest parts of her heart revealed in this season.

Right before booking Vampire Academy, I did a Snapchat Original called “Breakwater”. After getting back from Spain I did a thriller called “A Party to Die For”.

I’d love to play a spy in an action filled mystery film. I love mystery novels, so something like Nancy Drew but more action packed.

Once it’s out and people can watch it and seeing how an episode or film moves someone emotionally, whether is happy, sad, etc. I love watching something and feeling something, so to me that’s the most rewarding part.

Develop a skill that will help fund your dream. Work hard. Don’t give up.

The more dedicated you are to the work and honing your craft, the more opportunities that will come to you. Stay ready. 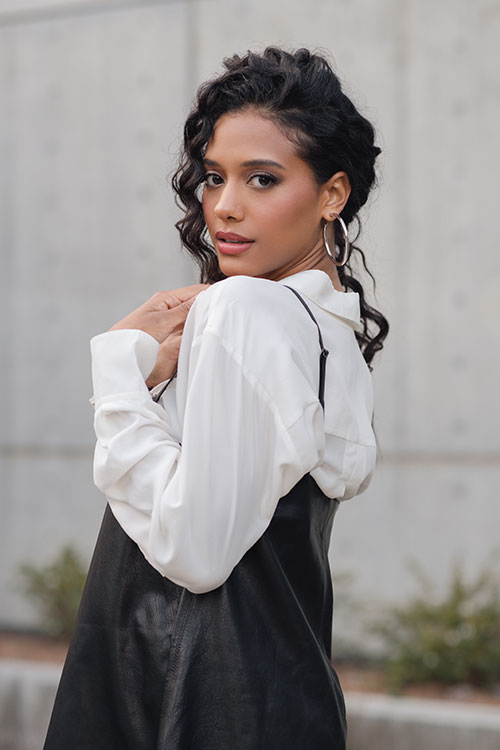 You can achieve your dreams. I probably thought that it would be impossible to be a working actor, so I would tell myself that it’s possible and you’ll do it.

What’s next for Jonetta Kaiser in the last months of 2022?

Going to visit family for the holidays!

Being in a state of peace and joy so that you can share that with others.

I’d want to meet Audrey Hepburn. I think she was such an interesting and kind human. I’d love to just have a conversation with her.

A21 campaign and One Tree Planted.

Winning Oscar/Emmy. Making great films with people I admire in this industry.

The Art by Rachel Lampa. There’s a line that says “life is just the art of living on”. It’s such a beautiful song.

It’s a tool for showcasing my work and interacting with the public. I don’t care for it much outside of that.

Quote: it is finished

Movie: A Day to Remember