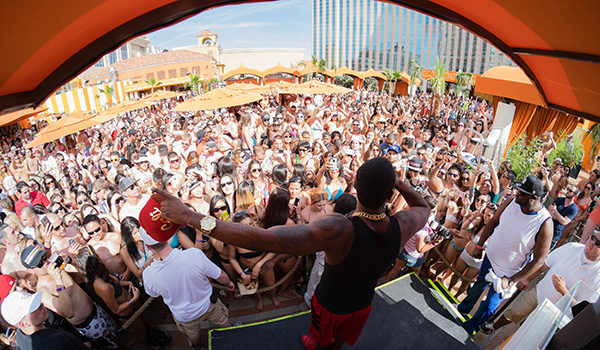 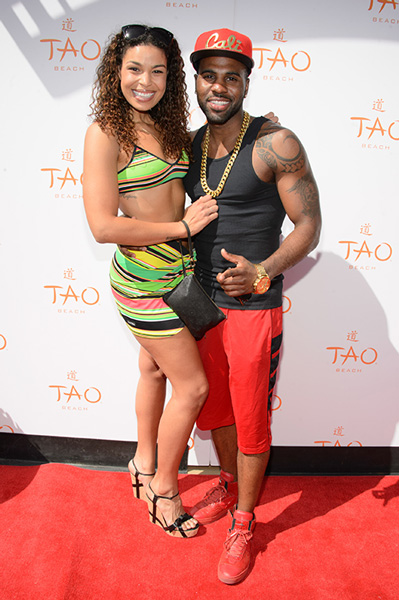 Saturday afternoon, TAO Beach kicked off the summer season with a grand opening party hosted by R&B superstar Jason Derulo. Upon arriving, Derulo walked the red carpet alongside girlfriend and “American Idol” winner Jordin Sparks, who flaunted a stunning physique in a striped bikini. The playful pair then took over a VIP cabana with a group of friends. Sparks was spotted giving Derulo a loving pep talk and kisses on the cheek before he hopped on stage to perform. Taking over the mic, Derulo told the packed crowd that they were “kicking off summertime right” at TAO Beach. Revelers were treated to a long list of smash hits from the singer including “Whatcha Say,” “Ridin’ Solo,” “In My Head,” “Don’t Wanna Go Home” and “The Other Side.” As the crowd shouted every word of his current chart-topper “Talk Dirty,” he was sure to cool them off with several champagne showers. Closing out his performance with a bang, Derulo premiered his newest single “Wiggle” off his brand new album. 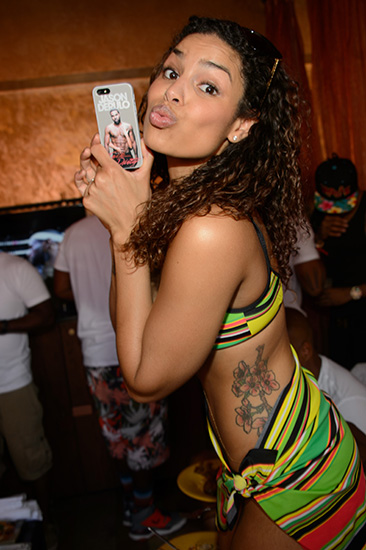 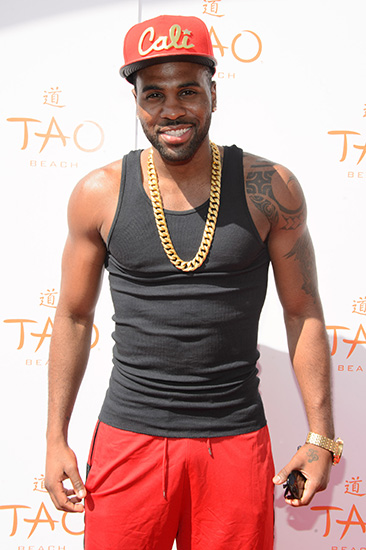 Joining in on the grand opening party and celebrating her 21st birthday was Olympic slopestyle skiing silver medalist, Devin Logan. Logan was joined by fellow Olympians Kaitlyn Farrington, Travis Jayner, Rebecca ‘Possum’ Torr, Peter Adam Crook as well as X Games medalists Tom Wallisch and Jen Hudak. Loving every minute of Jason Derulo’s performance, Logan sang along word for word and danced with her silver medal in hand. Logan handed off her Olympic medal to Derulo and he sported the hardware around his neck while on stage. Sparks quickly grabbed Logan after the performance ended and invited her to take a celebratory birthday shot with her and Derulo. The trio posed for photos and both Derulo and Sparks wished her a very happy birthday. Upon returning to her cabana, the ecstatic birthday girl was surprised with a three-tier cake, embellished with an edible silver medal and pair of skiis. 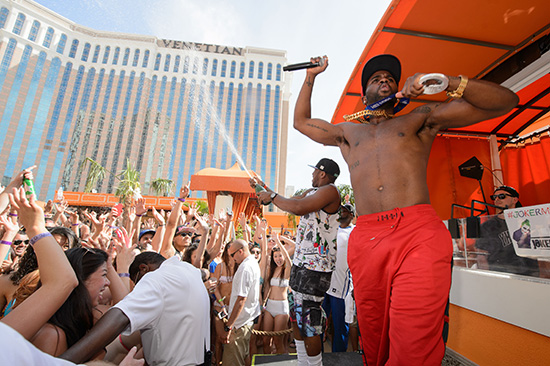 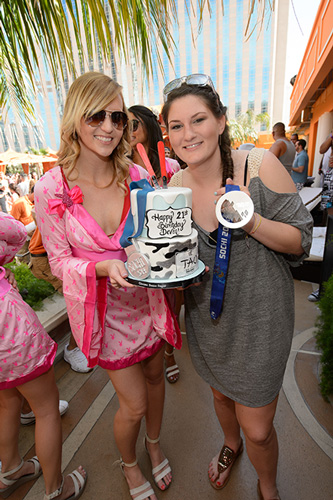 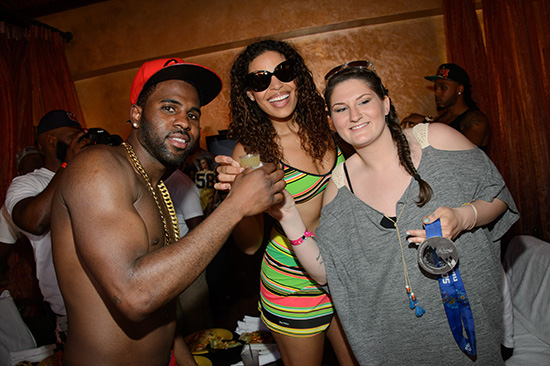 Also at TAO Beach was “True Blood” star Ryan Kwanten, Emily Osment from “Hannah Montana” and Rex Lee from HBO’s “Entourage.” The group took in the lively atmosphere from their VIP cabana where they were seen dancing the afternoon away. 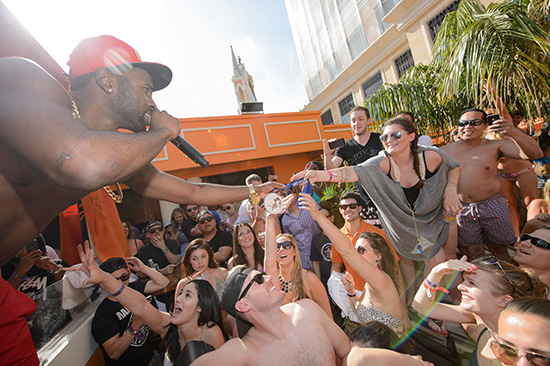 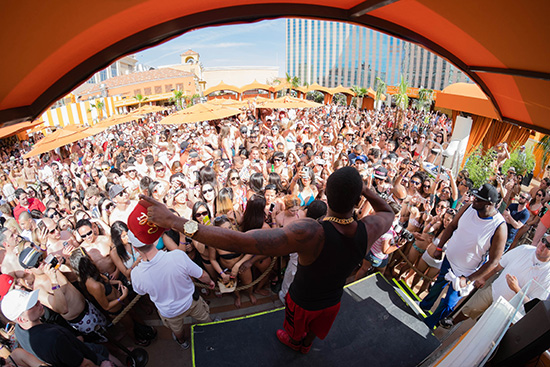