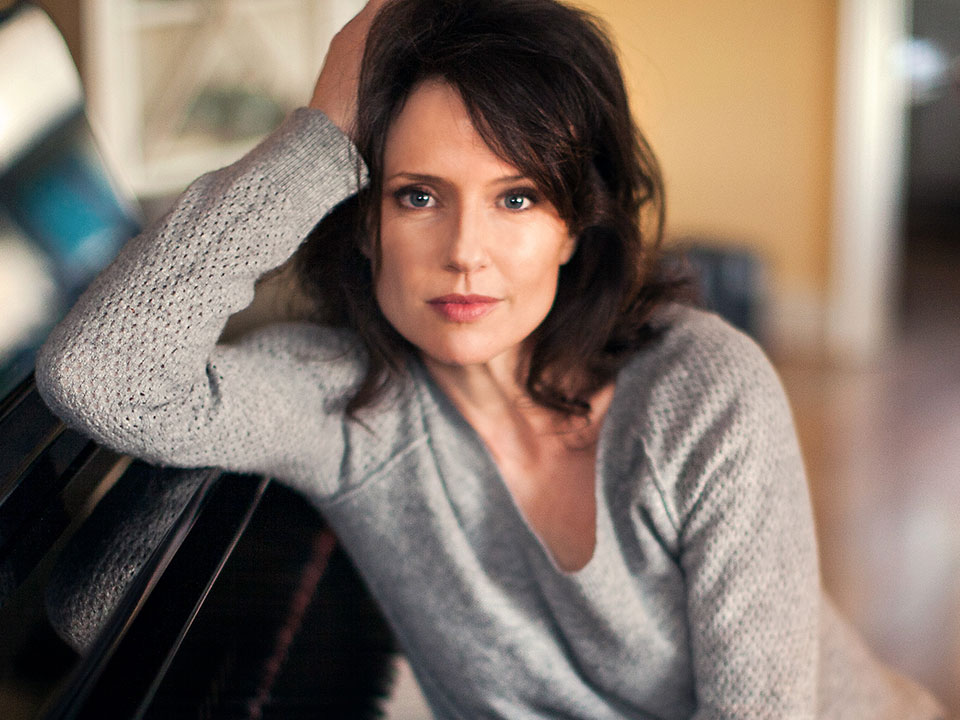 Jean is perhaps best known for her breakout role as Tia, the bratty teenage niece opposite John Candy in John Hughes’ cult classic “Uncle Buck,” or as the smart and sassy Kim Warner in the long running sitcom “Yes, Dear.”

Though she may be best known for her acting and music, Jean’s first passion is being a mother to her two children Sean James (11) and Josy Gail (9).  Jean contributes her family for the genesis of her musical writing. Just like her music, Jean loves fashion because it gives her an outlet to express herself.

Jean released her latest musical project, “Willing,” an EP showcase of original songs about growth, transformation and intimacy. Her strong vocal performance is something one would expect from a seasoned Broadway artist such as Idina Menzel or Kristin Chenoweth.

When and how did you get your start in acting?

My first paid job was playing the title role in “Annie” at Theatre by the Sea in Rhode Island. I was 11 years old. My first time onstage was when I was 7 years old in my school’s Christmas play.

How was your audition and how did you get selected?

For Annie, my mother drove me from Massachusetts to Rhode Island to audition, but it was the wrong day! Luckily, the stage manager was there and let me sing for him. We drove all the way home and then back again the following weekend. It worked out well, because he remembered me and pointed me out to the director.

How was working with John Candy and John Hughes?

It was a dream. John Candy was hilarious and kind. John Hughes was brilliant and encouraged me to improvise. Not a bad first movie 🙂

How did your life change after “Uncle Buck”?

In some ways it was very different — kids would yell “Uncle Buck” to me as I walked down the hall at school. I lived in a small town, so I stood out. But in other ways, life just went on. I really wanted to have a normal life, and I did not live in LA or New York, so I just carried on as I had before– going to school, and hanging out with friends. Occasionally, I would go to New York for an audition.

What happened after the movie? What was next for you?

After the movie, I took a step back. I finished high school and focused on going to college. I was not even sure I really wanted to pursue an acting career, because I had done it for so much of my childhood, but after I graduated from college, I did “Mr. Holland’s Opus” and that started the ball rolling again.

When did you get started in the music business?

I’ve always sung. I was very involved in musical theatre. I just started writing a few years ago, when I was inspired by my kids to write an album of songs for children. It is called “Color of Your Heart,” and it is a collection of songs that are intended to give voice to the things kids have to learn how to deal with, such as emotions, conflicts, situations.

Tell us about “Willing.”

“Willing” is a collection of songs I wrote about over the past two years that explore courage, intimacy and personal transformation.

Do you write your own songs?

Yes. The inspiration for my songs come from my personal journey of growth.  Being a parent has initiated a huge growth spurt — learning about what people need as human beings, what I need as a human being, and what I can give to others.  That keeps evolving.  Sometimes I would get an idea, a fragment, and record it into my phone so I wouldn’t forget.  Then I would go play it on the piano and write the lyrics when I got a chance.  As a mother, I am constantly on call so I have to record it in some way when inspiration strikes!

What was your biggest challenge making this album?

The biggest challenge has been compiling it! I am such a perfectionist, so it took a long time.

How you do balance acting, music, and have time for your family?

I do my best. Some days are better than others. I meditate daily, which helps me maintain my sanity, but it is a challenge!

My kids. They have forced me to really grow up — which is hard, but fun when it’s with them.

It’s not win or lose, it’s win or learn.

It is fun to see what my friends are doing — life is so busy these days. It’s a great way to see what everyone is doing when you don’t have time to call.

Quote: Be yourself, everyone else is taken – not sure who said that but I like it

Travel Destination: I want to go to France. I’ve never been!