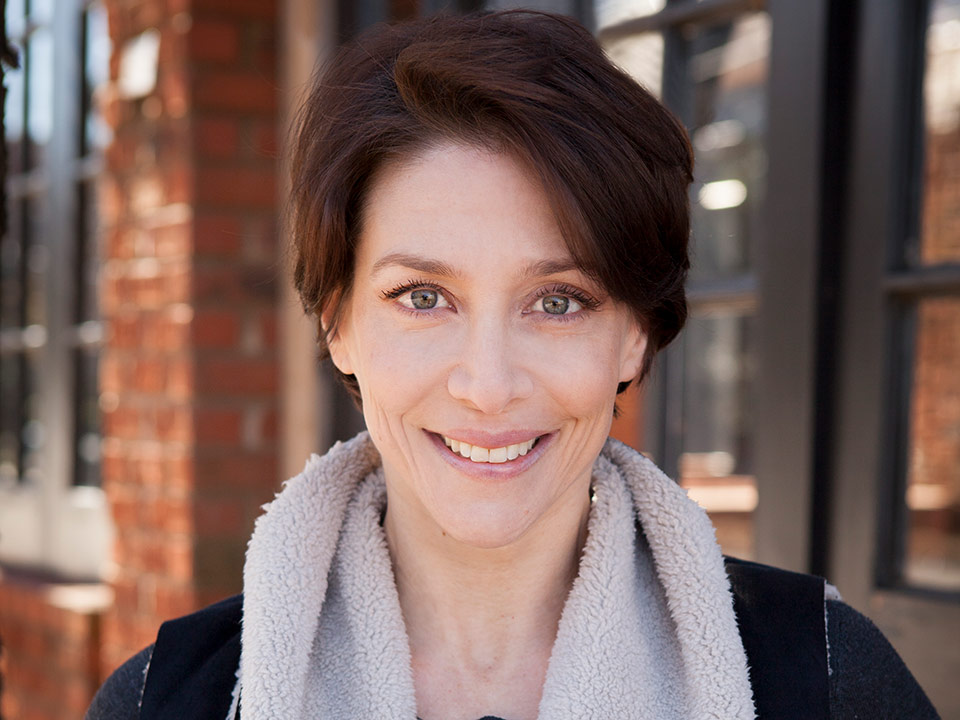 Check our interview with multi-faceted and talented actress Jennifer Riker who shows her dark side in CW’s hit series “Black Lightning” (Season 2 is now officially here – airing Tuesdays 9/8c on the CW) as Dr. Helga Jace, “Black Lightning’s” newest no nonsense villain. Riker’s character, Dr. Jace is a calculated, potential sociopath scientist who first appeared in 1983’s Batman and the Outsiders #1 comic as an ally to the Outsiders, but shows no mercy in Season 2 of “Black Lightning.” Season 1 of the show became an overnight success, premiering as CW’s #1 new series with COLLIDER’s continual praise, “the series continues to be one of the most thought-provoking on television” and additional rave reviews from The New York Times, IGN, The New Yorker, and dozens more. Soon to be seen in NANCY DREW AND THE HIDDEN STAIRCASE (produced by Ellen DeGeneres), and 20th Century Fox’s action/comedy STUBER, viewers may also recognize Riker from AMC’s “The Walking Dead,” AMC’s “Lodge 49,” and USA’s “The Purge.”

Hi Jennifer, please tell us a little about you?

A fine Swiss watch wound a little too tight running five minutes too fast. Nostalgic for things that haven’t even happened yet.

I’m an empath. It assists in my personal relationships as well as professional ones but very much so in my acting career. I feel things deeply. I’m also what’s referred to as an HSP: highly sensitive person. All my sensitivities are keen but mostly my olfactory sense. I have a nose like a bloodhound!

I enjoy routine and ritual. They keep me grounded in the chaos going on around me. I start each day with a strong cup of black coffee. So, I like to end my days similarly with tea and contemplation in my journal. I try to get in those 8 glasses of water. Looking at what I just wrote…that’s a lot of liquid, lol. No wonder I am always running to the loo throughout the day. Honestly? There is nothing typical to an actor’s day.

That would be a five-person tie for this one.

I was chosen to play the lead in the first-grade production of The Little Red Hen. I had never heard of the word “audition” before but I wanted to be on stage and after that experience I was addicted to the feeling of bringing an audience to laughter and applause. Soon after, my parents helped me obtain professional representation. I was a member of a local theatre company and began taking classes, auditioning and doing the school shows through high school.

Many. I received my BFA degree from FSU and my MFA degree from Yale School of Drama. Â After those classes I continued with classes in both NYC and LA. Now, I teach the classes. Â When I am not acting I am on the teaching faculty in the College of Motion Picture at Florida State University (my alma mater) and I teach the BFA acting students On-Camera acting.

Feelings are not Facts.

Read. Gather inspiration. Observe the world and people for detail. Read some more. Daydream. Play in rehearsal and explore all options. Read, again.

Now tell us about your work on CW’s “Black Lightning?”

I am in heaven portraying this role. It is a true dream come true. She is the most delicious role I have gotten to play in a very long time. Actors will fantasize about an ideal role often, and for me, this is it.

Dr. Helga Jace is a brilliant (albeit sociopathic) computational scientist (only one of three in the world who can do what she does) who conducted 11 unauthorized and illegal experiments on Freeland’s Green Light pod kids resulting in 10 of them losing their feet and one dying. She was imprisoned for this but was recruited by the ASA to use her expertise in analyzing a way to free the kids from the pods. Because she can’t be trusted, an implant was placed in her ankle that will shock her if she gets out of line. As she advances in her research more of the pod kids die, but as Dr. Jace unapologetically says, “at least we have data now.”

At the same time I booked Black Lightning I also booked and filmed roles on “The Walking Dead,” “The Purge” and “Lodge 49” all within the same month.

I am enamored with period pieces. I love the 1920-40’s, the 18th and 19th centuries and I adore doing dialects. I like women who have to overcome struggles. I tend to play the “thinking man’s woman” and “white collar” women so a departure of that would be fantastic. I enjoy comedy very much and am surprised my career hasn’t reflected much to this point. I also like dark comedy…British humor.

My favorite is Dr. Jace. Every role has its certain challenges but none of those roles were in TV and film. My most challenging roles were in the theatre to be sure.

What is next for Jennifer Riker in 2019?

I have five more episodes airing of “Black Lightning” beginning Monday Jan. 28th. I have two films coming out: Nancy Drew and the Hidden Staircase and a film called Stuber. “Black Lightning” Season 3 picks back up in June and will air this fall.

I think Daniel Day Lewis is my favorite. For me, watching him is a master class. I mean I have so many favorites but in the interest of time and space…he is my tippy top.

Coffee, my bag, and that damn cell phone.

Not speaking all day.

Avocado toast. Celery in peanut butter. This recipe I found of White Corona Beans and Kale.

Ice cream. I am in love with chocolate or mint chocolate chip Mochi from Whole Foods.

Doing exactly what I am doing now…but more!

The causes I care deeply about are centered around elderly abuse and neglect. I would like to bring more awareness to the elderly population, whom I consider “the forgotten” when in reality we all are headed towards that population and it boggles how this country doesn’t make more of a priority towards inclusivity and integration in the community. We sort of stick the elders away (out of sight) because aging isn’t sexy and pay someone else to babysit them and in many cases aren’t being given standard care. In far too many cases there is hospital and senior living facility neglect. In countries like Denmark, Sweden, Norway, the elderly are dignified living amongst college students in some instances or the facility is painted and designed to look like the elder’s former front door entrance for those with dementia, etc.. In the UK there are wonderful programs for the senior most and youngest population play dates and many of them form integral bonds and friendships. I spent times as an activities coordinator in a senior living facility in Atlanta because I wanted to see up close and personal how this marginalized group was in fact treated. My passion only grew during that experience. As you can see this matters greatly to me.

Quote: “Our deepest fear is not that we are inadequate. Our deepest fear is that we are powerful beyond measure. It is our light, not our darkness that most frightens us. We ask ourselves, who am I to be brilliant, gorgeous, talented, fabulous? Actually, who are you not to be? You are a child of God. Your playing small does not serve the world. There is nothing enlightened about shrinking so that other people won’t feel insecure around you. We are all meant to shine, as children do. We were born to make manifest the glory of God that is within us. It’s not just in some of us; it’s in everyone. And as we let our own light shine, we unconsciously give other people permission to do the same. As we are liberated from our own fear, our presence automatically liberates others.” – Marianne Williamson.

Movie: Silence of the Lambs