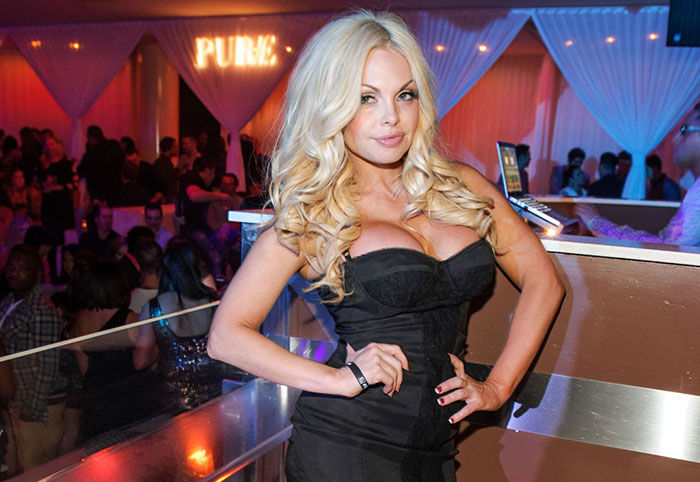 Last Saturday night PURE Nightclub at Caesars Palace welcomed the stunning adult entertainment star Jesse Jane as she hosted the official AVN after-party. Immediately following the star-studded AVN Adult Entertainment Expo Awards, the blonde bombshell made her way to the mega-club where she hit the red carpet and wowed photographers in a sexy, form-fitting black dress. Shortly after her arrival, the sultry beauty took her seat at her VIP table located on the main stage. The star immediately got the party started as she took over the DJ booth and hopped on the mic to address her fans. The main room of the nightclub cheered with excitement as Jesse Jane went back to her VIP table and began showing off her best dance moves for all to see. As the night continued, the adult star spent her evening dancing, sipping cocktails and mingling with fans while DJ Shift manned the turntables playing chart-topping hits into the early hours of the morning.