Josh Zuckerman has an eclectic career in both television and film, playing everything from a sex-crazed virgin to a serial killer.

Josh is currently shooting the lead in THE CW series SIGNIFICANT MOTHER about a guy who discovers his best friend is sleeping with his mother. He recently wrapped the dark comedy MIND PUPPETS with Vinnie Jones and was last seen in the independent drama FIELD OF LOST SHOES based on a true story of the American Civil War about a group of teenage cadets who must confront the horrors of an adult world.  Josh co-stars with Jason Isaacs.  Josh also starred in the feature film CBGB, the story of the famous nightclub in the role of “John Holmstrom”, the founder of Punk Magazine.

He is still widely recognized from his leading role in Summit’s SEX DRIVE opposite James Marsden, where he played a young man setting out on a road trip with the intention of losing his virginity, instead he falls in love with his best female friend.    Additionally, female fans remember him as the nerdy boyfriend of AnnaLynne McCord on BEVERLY HILLS 90210 and as the notorious Wysteria Lane Strangler on DESPERATE HOUSEWIVES.

Prior film work includes LIONS FOR LAMBS for director Robert Redford as one of Andrew Garfield’s college companions, Mark Webber’s obnoxious best friend in Ethan Hawke’s  THE HOTTEST STATE, the wheel chair bound brother of Baltazar Getty in the cult film FEAST, and the “brother” of Ben Affleck in Dreamworks’ SURVIVING CHRISTMAS.

Josh was born and raised in Palo Alto, CA and moved with his family to Los Angeles after the seventh grade.

He is currently living in Los Angeles where he is active with environmental causes.

Hi Josh, please tell us about you?

Oh gosh. I am an actor. I live in LA. I consider myself a Francophile and a foodie. I like the theater, cooking, and a bunch of other stuff I won’t bother you with right now.

First thing that is hitting is traveling around New York City with my Dad for the first time. He grew up in Manhattan and took me to all the tourist spots we could fit into a weekend.

How young were you when you realized you wanted to do this for a living?

I think right after my first job at about 14. At the time, it was not a fully formed decision that acting would be my career because I was after all just a middle schooler. But I knew I wanted to keep pursuing film acting. Years later I began to see more clearly how it was the best possible profession for me. Nothing else could compare for adventure, challenge and lifestyle.

Movies. Weekend trips to the cinema and family favorite VHS tapes played over and over again. That and the rush and response of being in front of a live audience.

Who were your hero’s when you were young?

Tell us about “Sex Drive”?

It was my first big leading role. I was pumped and terrified to do it pretty much from the moment I booked it to the day we wrapped filming. I am so so grateful to have had the experience to work with some insanely talented actors and writers on that one. I was particularly fortunate with the comedic guidance of Sean Anders and John Morris as writers/director. All in all I am very proud of the film and the cultish following its received.

Hey my job was basically to show up to set and make out with Annalynne McCord. I was not complaining. Seriously though Annalynne was an absolute joy to work with as a tremendous talent and as a lovely coworker. We were fortunate to have really terrific storylines. It was the most sensational fictitious LA experience possible and I loved working on “90”.

Annalynne and I keep in touch a bit. Michael Steger, Manish Dayal, Justin Deeley… I see those guys more often.

And now about you’re recent work on “Significant Mother”?

Dare I say it, the funniest most inventive material I’ve ever worked on with some of the most talented damn actors I can imagine. We are so lucky to have all joined up together for this gem of a comedy. I ca not read our scripts without literally laughing out loud. And equally important, every actor on our cast brings such heart to Significant Mother. I am very excited to share this show with the world. I play Nate, a restaurateur in Portland, Oregon who returns home to find that his best friend and roommate Jimmy is sleeping with his mom, Lydia. The show follows the evolving relationship between Jimmy and Lydia with Nate being dragged into their drama at every turn.

Actually SIGMO started as a web series for CWSeed. The story goes they were looking for a “Josh Zuckerman type”. My manager got wind of that and asked if they would be interested in the actual Josh Zuckerman. Fortunately they were! My agent sent over the scripts (initially 3 of em) and it was love at first read. Funny, lovable, charming, engaging, endearing, exciting, all the qualities of a great comedy story.

Who will be your Actor or Actress dream to work with?

There so many. You know for as much as I have read about him and watched his interviews endlessly, I would love to work with the stage phenomena Mark Rylance. He seems to be someone who’s mastered the element of play in acting.

Who is your celebrity crush?

How do you spend your free time?

I love hiking and playing chess and yoga and banjoing. Yes I play the banjo 🙂

How would your friends describe you?

Are you a night owl or morning person?

I do so love the morning.

What is your favorite music?

Favorite Movie: The out-of-Towners (the original with Jack Lemmon)

Book: Brief history of nearly everything by Bill Bryson 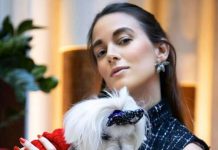