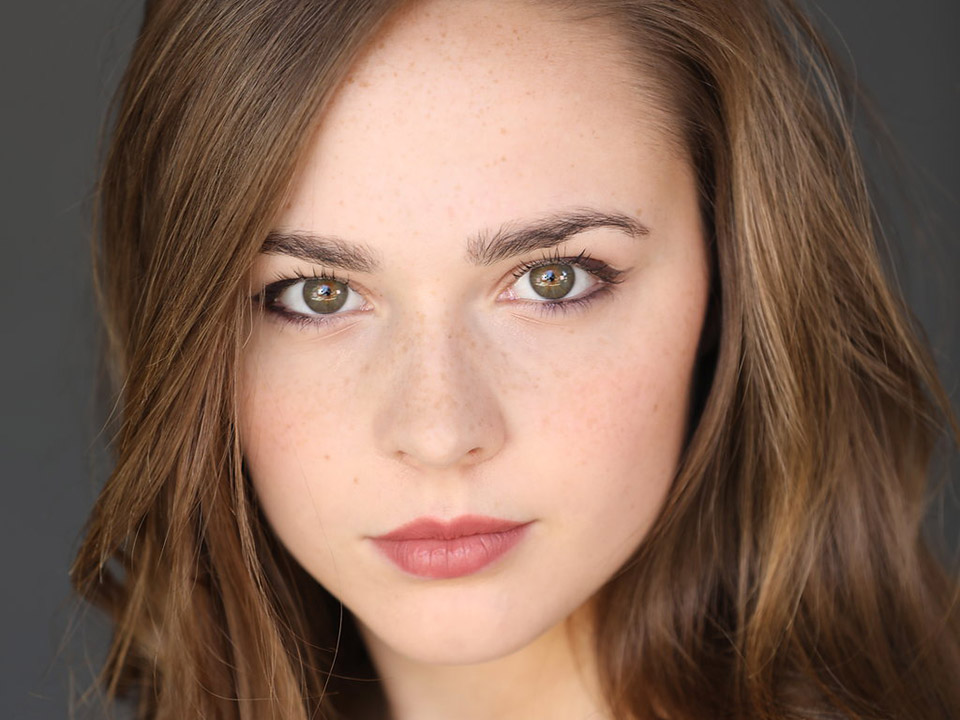 She studied (in Arizona) jazz, ballet, lyrical, and hip-hop dance, and entered competitions. Alongside dance, she performed in the local theater. By the age of 10 the limited entertainment scene was not enough, and moved out to Los Angeles to pursue her passion. Soon after moving, her love for performing began to pay off with work on commercials, including a Volkswagen Super Bowl commercial, and short films as well as on Nickelodeon and Disney projects. This lead to her work on California’s Forgotten Children, a documentary on sex trafficking, that entered 21 film festivals within the US and internationally. The Film was awarded Best Documentary at the SOHO International Film Festival and the Angeles Documentary Film Festival. The film received accolades from news sources such as Forbes, and was shown at the National Women’s Summit with guest speaker Michelle Obama. She continues to train on her craft and expressing her love for the entertainment industry.

Hi Julianne, please tell us about you?

I’m an 18 year old actress, martial artist, and dancer. I’m from Arizona, and came to California when I was 10. I get cold easily, and love astrology.

My parents! They’re incredibly supportive of me and always taught me to go after what I want.

As long as I can remember, I’ve wanted to be in the TV shows I watched. I kept badgering my parents, and we found a local theater in Arizona and I got into plays there.

I played the letter ‘I’ in Alice in Wonderland at my local theater. Something about the big mushroom hat made me fall more in love with performing.

I’ve been in acting classes for years now, and I go to classes twice a week. I’ve trained with many coaches, and they’ve all helped me. Sometimes circumstances change or you realize that a certain style of teaching doesn’t work for you, and you move on. I have a lot of love for all past and present coaches.

Auditions are all different, but after a while you see the similarities. They all look pretty similar, waiting rooms always have a quiet tension while everyone waits and prepares. I have fun auditioning because I get to perform, but I’ve learned to leave nerves at the door.

Tell us about your character in the popular BRAT series “Total Eclipse?”

My character is one of Diana’s minions, so obviously she isn’t the smartest. However, she’s great at gossiping! I had so much fun being there for season 2 and playing someone mean.

They’re all smaller projects than a full length feature, but each of them were fun in their own way. Fairytale was a darker film that had heavy topics, and I got to delve deep and do something raw. Everyone on that set was so warm and caring. Privacy Please is a lot more comedic, and it was refreshing to lead a film about regular teenage problems. Working with everyone there was lighthearted and it all flowed easily. Suburban Supernova was a well oiled machine, and jumping in had me finding where I fit in. They were all so fun.

I work my scripts until I feel like I can’t do anything without going over the script in my head. I don’t do Method acting where I can only be called there character’s name and such, but I do start thinking about how the character views the world and carry that with me.

That we all want to do our best and that the rest is out of our control. Going to acting classes isn’t about being better than one another, it’s about learning and getting better. Supporting each other is just as important as preparing for auditions.

I don’t have a favorite! It’s impossible to pick.

I see myself being happy and busy, and spending time with friends and family.

I’m not sure, since this is all I’ve ever really wanted. If not, I’d probably go into something involving science. I really don’t know.

I think that it’s a tool to get you to where you want. Numbers are important! Followers, engagement, those things matter. I think Social Media creates a new sets of obstacles and rewards.

Happiness to me is an understanding of where you are in your life and making the most of it, in finding the beauty around you. This doesn’t mean personal growth isn’t something to reach for, but finding the good in the present is important. It’s easy to get caught up in negativity, but finding the light in every situation is crucial.

My dad told me that the only person who can define your success is yourself. Other people will try to tell you if you’ve won or lost, but comparing yourself to other’s expectations isn’t a good measurement of your success.

I love tomatoes! Ever since I was a little kid I’d eat them by themselves.

I listen to a lot of rock and punk influenced music. Most pop-punk, alt-rock, and some pop. I’ll listen to almost everything, though.

Being rude to wait staff. They have a hard job, and it’s important to appreciate them.

It changes with my mood. I wear a lot of necklaces, and something comfortable. Jeans are a go-to for me.

My grandfather. He died before I was born, but from everything I’ve heard about him, he seems like a great guy. I feel like I would have fun with him, and could learn from him.

Sleeping in, catching up on TV from the week, and hanging out with a few friends.

No, I pull inspiration from a lot of people. I think it’s important to learn what to do, but also what not to do.

Yes, there are a few that are close to my heart. Though, as someone with scoliosis, I’ve been looking at becoming a part of the Setting Scoliosis Straight Foundation. A lot fo people either don’t know what scoliosis is, or they don’t talk about it. It can feel like you’re alone, but unless you talk about it, you have no idea how many other people are going through the same thing as you.

I have two projects that are supposed to be out this year, but I can’t talk about them because of NDA’s. I can say that I had so much fun working on both of them, and they were both very different from each other.

Quote: “Only you can control your future.” – Dr. Seuss

Book: Any of the Percy Jackson books.

Holiday Destination: At home with family and friends. I don’t need to travel far.