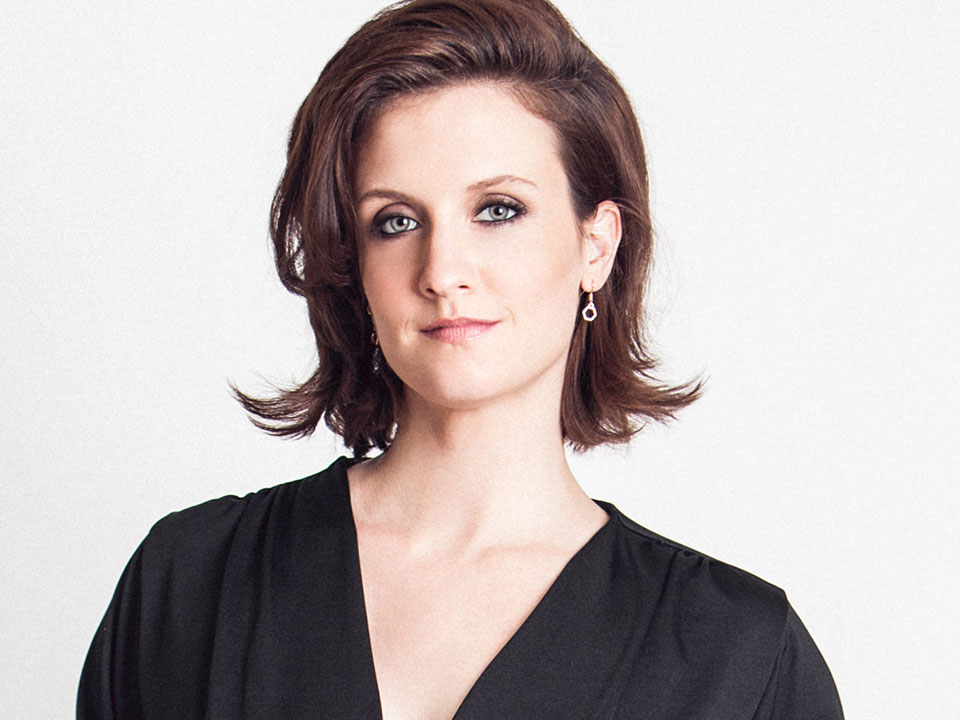 Julie Lake (SAG/AFTRA/AEA) plays the role of the lovable meth-head, Angie Rice, on the Netflix Original Series, Orange is the New Black. She is a comedic writer and performer with the Los Angeles based all-female sketch group, Top Bunk, and the co-creator and star of the web series, George and Julie.

Born and raised in Palo Alto, California, Julie Lake first knew she loved performing after rocking “Part of Your World” from Disney’s The Little Mermaid in her first grade talent show. She continued singing throughout high school, performing at jazz festivals with her school’s big band. As a sophomore she was named High School Jazz Vocal Soloist of the Year by Downbeat Magazine.

She went on to attend Yale University where she majored in theater and performed the title roles in productions of Mother Courage and Medea. After graduation she moved to New York City where she performed in numerous plays under the direction of Alex Timbers, including his Bloody Bloody Andrew Jackson and Elizabeth Meriwether’s Heddatron.

Julie currently lives in Los Angeles where she can be seen performing sketch comedy at The Groundlings, UCB, IOWest, and the Comedy Central Stage in Hollywood.

Hi Julie please tell us about you?

When and how did you started in this business?

I have been working professionally as an actress since I graduated college.  I started in NYC doing new plays with talented friends from school.  One opportunity led to the next, and now I am on OITNB.  But I guess I really got started as a kid.  I have been acting my whole life, just not getting paid until after college.

Did you always know that you wanted to become an actress?

Yes, I have wanted to be an actress since I was five years old.  I saw a musical at the church near my house and have been pretty much obsessed ever since.

Do you get nervous when go to an audition?

Yes, I hate auditioning.  I wish that auditions could just be scenes with other actors.  It is so difficult acting with a reader because you kind of have to plan in your head what you are going to do and then implement that no matter what the reader gives you because if the reader is not good, he could totally mess you up.  He could literally give you nothing, or he could give you a take on the scene that is just wrong, or he could go really fast when the scene is slow and needs to breathe.  So you have to be the director and plot out what you are going to do and stick to it, which is not really acting.  Some people are awesome at auditioning and not so great at acting for this exact reason.  So much of actual acting is just about how well you listen and take in the other actors and react of what they’re giving you.  So the whole audition process is totally unnatural and difficult and unpleasant for me.

When I was six, I played a kid who was obsessed bugs in a musical about a bunch of kids at a summer camp.  Before that I was one of five girls who played Mary in my preschool Christmas pageant.  I think we just wandered around the stage holding baby dolls singing Christmas carols.

How did you got selected for the role in OITNB?

One of the writers told me a role was opening up, and I sent in a tape.

Are you guys friends outside the tv series?

Yes, I am close with all the girls I work with regularly.  A few of them are living in the same neighborhood in NYC where I am also planning to move.  So potentially we could all live near each other and our lives would be just like the TV show Friends.

Tell us about Angie Rice, what we can expect on season 3?

Angie is a goofy, lovable meth head.  She has a dirty sense of humor and loves making people laugh.  Angie is best friends with Leanne, and they are always getting into trouble together.  Doing heroin, stealing nutmeg, escaping prison.  It is always fun with the two of them.

We know will be a 4th season, are you guys planning to extend it to a 5th or more seasons?

I wish I knew the answer to this!

How do you feel working with this amazing cast?

It has been incredible.  I have learned so much working with these people.  I feel incredibly lucky.

Any future news you want to share with us?

I am getting married in December!  Planning my wedding and honeymoon now.  Also pitching a show for TV with some friends from my sketch comedy group.

Do you guys film everyday?

Nope.  But when I do film, it is usually a very long day.  It completely varies from episode to episode.

My life is all over the place right now because I just moved to NYC from LA.  But usually I get up around 8:30am and work out.  Then head to the library and do some work.  Then hang with friends in the evenings.  Obviously it is completely different when I am shooting.  Then it is usually up at 4AM, eat a bunch of food that I should not be eating, hang out in somebody’s dressing room gossiping.  Shoot a bit, gossip a bit more.  It is always so much fun on set.  I wish I could shoot every day – I would be much happier.

Creative, funny, deep. Is that bragging?

My fiancé.  I love the outdoors.  Adventures, hiking and swimming.  Singing.  Dancing.

Any other actors in your family?

No, I am the only one.  But apparently my great, great, great grandfather was a famous opera teacher, which I think is pretty cool.  My brother is a musician and my sister is a ballerina turned writer.  So we have a lot of artists in my family.

My fiancé.  He is my best friend in the whole world.  He has changed everything for me.

No.  I should though, right?  There are lots of people I admire for various reasons, but I can not say I have one person I have latched onto as a role model.

I make up weird songs all the time and sing them around the house.

What’s the best part of being an actress?

The acting part.  Everything else that comes with it is difficult for me.  But I love acting, and I love all the great people I have met and had deep relationships with through acting.

Favorite Book:  Currently reading The Orphan Master’s Son.  I think my favorite book that I read recently was Where’d You Go, Bernadette.

Favorite Quote: I read this recently- it’s Juliette Binoche talking about acting.  She is talking about how she does not like to speak with the director while shooting because it is too intellectual and distracting.  I am fine talking to directors on set, but I can relate to what she is talking about in general.  The best acting is always when you let go and stop trying to do something you think you should do.  Taryn Manning is really good at this.  Just saying fuck it and doing whatever she does in the moment without giving a shit about what other people expect from her.  That is partially why she is so good.

In the moment of shooting. Just before a take, for example. We’re shooting, like, a week before, a few days before, a month before, then I’m open to any conversation. You have to analyze, you have to understand what you’re doing, it depends on the film, really, but I’m open to any discussions. But while shooting, it’s a very special moment. You have to let go of your head, as an actor. You have to try something new in you. It’s a way of controlling, you know? The mental is a way of controlling, and I feel like creating is something… you’ve got to just jump into the unknown.

Favorite Music: I like all kinds of music.  But my favorite music is usually sad.  I like music with great lyrics.  I love Nina Simone singing Wild is the Wind –  I have it on record.  Obsessed.

Favorite Travel destination: I love Santa Barbara and Joshua Tree.  But I have not actually traveled much.  My fiancé and I are planning an epic trip to Argentina for our honeymoon.  We are going to hike through Patagonia and drink wine in Mendoza and maybe even go to the desert in Chile – I am really looking forward to it!

Favorite Sports Team: I do not watch sports.  I should say The Saints because I am marrying a Saints fan. I am really going to try to get into football this year so that I can participate in conversations with my fiance’s family and friends during football season.  I am tired of sitting at the table with absolutely nothing to contribute to sports talk.