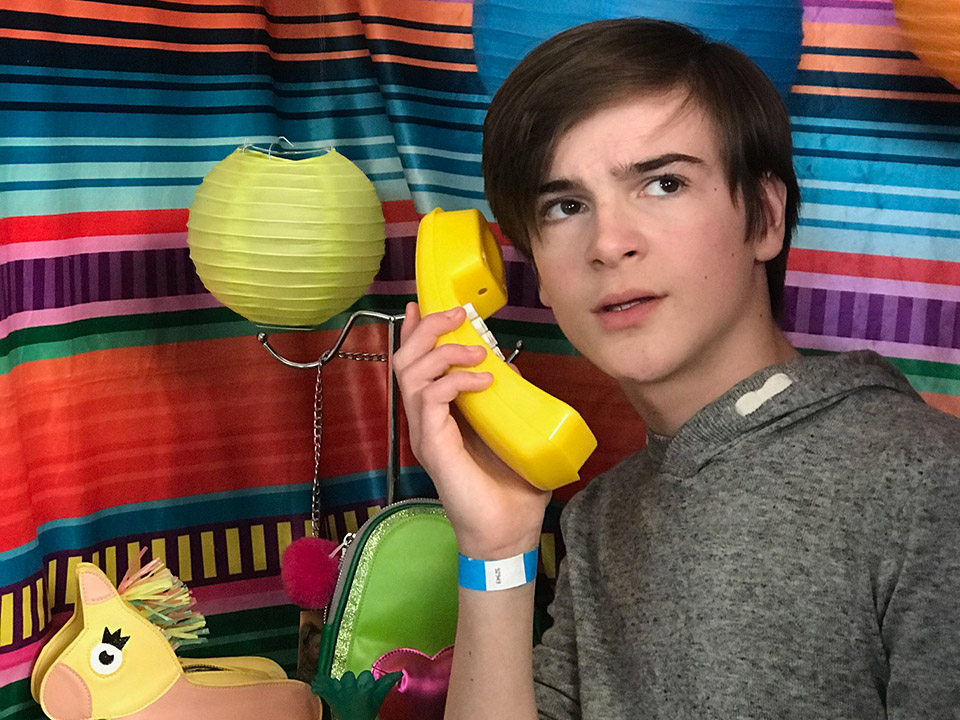 Check our interview talented actor Kale Culley who is best known for his roles in Nickelodeon’s Henry Danger as young Ray Manchester, Blackish as Jar, The Romanoffs as young Alex Myers, and many more. Kale has a lead role in the upcoming film, Peel directed by Rafael Monserrate (To be released in late May).

A typical day begins with waking up at 7:00 and gettin all my school done, and then either playing games or skateboarding, and then preparing for auditions.

My mom, because she is the one that deals with the agents and managers, prints out scripts and drives me everywhere.

Well, whenever I was younger apparently I was super funny and my stuck me in an improv class. The improv teacher suggested we get an agent and so we did. I got my first audition and have loved it ever since.

My first commercial was for Shell gasoline and my first theatrical role was playing young Josh Hartnett in a movie called 6 Below.

Yes! I have a couple of private coaches (Ms. Vicki Baumann & Marnie Cooper). I am taking scene study class at Young Actor’s Workspace with the amazing Lisa Picotte.

The best part is the satisfaction of booking and being on set with all these amazing people. The worst part is getting a 10-13 page script that is due in a few hours!!

Well, I am very lucky to be homeschooled and have acting friends who understand and I don’t do sports so it’s pretty easy in my opinion.

Don’t beat yourself up about not getting a role, because sometimes it’s not right for you and we all fall…but the most important part is getting back up and keep on going!

Now tell us about your work on Nickelodeon’s Henry Danger, and your role as Ray Manchester?

This one was fun because I was a fan of the show and what better role to play then the young version of the super hero! This set was incredible and everyone was super nice! In fact me and Captain Man (AKA Cooper Barnes) still talk. I also took away some pretty cool Henry Danger souvenirs!

And about your role as Jar in Blackish?

The wardrobe in this one was awesome! The set was incredible and everyone was extremely nice and welcoming! The set teachers on Black*ish (Adam and Tom the teacher) were my favs to date!

I was on Fresh off the Boat as well as had a recurring role as Shart on Me Myself and I with Jack Dylan Grazer. I recently had the honor to work on Amazon’s The Romanoffs with Matthew Weiner, Diane Lane and playing young Ron Livingston.

I love drama, because with dramatic roles there is a lot of depth and content.

My role in 6 Below was the most physically challenging with extreme conditions. I can’t really name a favorite because they have all been amazing!

I’m glad you asked!! I have a movie coming out this year called PEEL. It is a Sony film starring Emile Hirsch and Shiloh Fernandez directed by the amazing Rafael Monserrate.

He’s not only hilarious, but he can also do really good drama. She is just all around incredible!

My phone, my glasses (I am blind without them), and my mom!

Church, and then home to chill..skateboard..maybe play some games..

I am working on writing a screenplay myself, I play piano by ear, and I am a hip hop dancer/ b-boy.

Friendship, laughter, joy and trust If you could meet someone living or dead, who would it be and why? Walt Disney, because he inspires me to create more and think outside of the box.

I am currently watching the Office on Netflix!

Sports Team:​ Patriots (my dad played for them)!