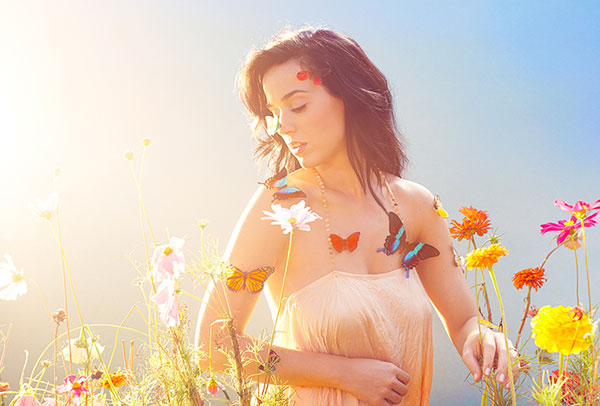 International superstar, Katy Perry, will kick off the North American leg of her highly anticipated PRISMATIC WORLD TOUR on June 22nd in Raleigh, North Carolina. The 46-city tour is presented by Goldenvoice, a division of AEG Live. She will be touring in support of PRISM, which debuted at number one on The Billboard 200 and remains in the Top Ten three months after release. The platinum album has given Katy her biggest ever single with “Roar”, while “Dark Horse” just became her lucky 13th Top Ten hit on The Billboard Hot 100.

Capital Cities, Kacey Musgraves and Tegan and Sara will open for Katy in different markets during the 4-month North American tour.

“THE PRISMATIC WORLD TOUR is coming to light up some of my favorite North American cities this summer, as well as some new cities that you introduced me to through your video requests” said Katy. “This colorful show will bring you all the songs you know as well as ones from my new album, PRISM. I’m so excited that I got to hand-select some of my favorite artists to join me on this journey – I know you’ll love Capital Cities, Kacey Musgraves and Tegan and Sara as much as I do.”

The state-of-the art stage, specifically designed by Katy for THE PRISMATIC WORLD TOUR, allows her to get closer to her fans than ever before. The one-of-a-kind set design will provide concert-goers with a truly magical experience from every angle in the arena. Ticket offerings include a limited number of general admission tickets in the intimate “Reflection Section”.

Citi® is the official credit card of THE PRISMATIC WORLD TOUR. Citi® cardmembers will have access to pre-sale tickets beginning Tuesday, January 21 at 10:00 am local time through Citi’s Private Pass® Program. For complete pre-sale details visit www.citiprivatepass.com. Fans will also have the opportunity to purchase tickets early via Facebook on January 23. Details for Facebook pre-sale and the general on sale will be announced soon. Additional information is available at www.KatyPerry.com.

“We are ecstatic to have teamed with Katy around the release of her Number One smash album PRISM, including featuring her hit single “Roar” in our television advertising” said Jennifer Breithaupt, Senior Vice President of Entertainment Marketing, Citi. “After working with Katy on a highly successful launch event benefit at the Hollywood Bowl and seeing our customers’ delight at her exclusive pre-show experience, we are thrilled to partner with her on THE PRISMATIC WORLD TOUR and know our customers will not be disappointed.”

As the official cosmetic partner of THE PRISMATIC WORLD TOUR, COVERGIRL wants to help Katy Perry fans across the country rock their beautiful. Look for exciting COVERGIRL tour updates at COVERGIRL.com and follow COVERGIRL on tour with Katy on Instagram at @covergirl. Katy is teaming up with Tickets-for-Charity again to offer fans some of the very best seats in the house to benefit important charitable causes, available exclusively at www.ticketsforcharity.com. Additionally, $1 from each ticket sold for the North American leg of THE PRISMATIC WORLD TOUR will be donated to UNICEF.

The 11-time GRAMMY® nominated singer cemented her status as a best-selling superstar with the global success of her second studio album, Teenage Dream, which debuted at #1 in 8 countries and spent over two years on Billboard’s Top 200 album sales chart. She became the only female artist to have 5 #1 singles from one album on the Billboard Hot 100 chart (“California Gurls,” “Teenage Dream,” “Firework,” “E.T.” and “Last Friday Night”). The special edition, Teenage Dream: The Complete Confection, added “Part of Me” and “Wide Awake” to Katy’s list of nine Top 40 chart-toppers (dating back to her multi-platinum debut album, 2008’s One of the Boys, which generated four hit singles: “I Kissed A Girl,” “Hot N Cold,” “Thinking of You” and “Waking Up In Vegas”). THE PRISMATIC WORLD TOUR is Katy’s first tour since 2011’s sold-out California Dreams Tour, which was the subject of 2012’s 3D feature film, Katy Perry: Part Of Me, the fifth biggest music documentary of all time.