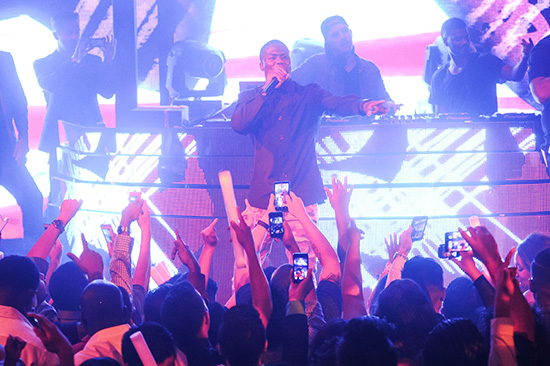 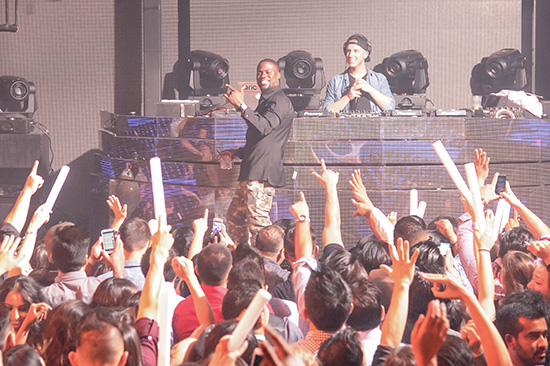 Closing out and celebrating his weekend-long comedy takeover of Las Vegas, he arrived at a VIP table near the dance floor with a large group of friends. Fellow actor and comedian Damon Wayans Jr. joined the group as well. Later in the night, Hart took the stage and teamed up with Eric D-Lux who was manning the DJ booth to drop some of the biggest hip hop hits and sing along with the crowd. Hart spent the night heavily interacting with the crowd from the stage and off the stage as well as he was seen taking photos with fans throughout the night. 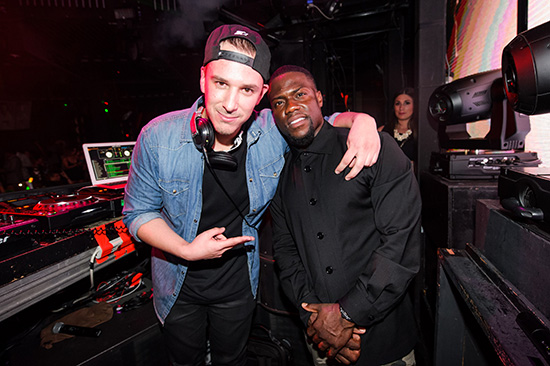 Also spotted at a VIP table at Marquee was Cooper Hefner, the youngest son of Playboy’s Hugh Hefner. In town celebrating his 23rd birthday, Hefner partied with a group of friends and girlfriend, actress Scarlett Byrne, best known for her role as Pansy Parkinson in the Harry Potter series. 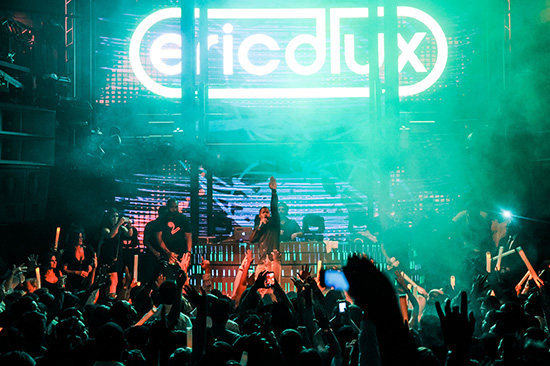 Ryan Seacrest steps in the DJ booth with David Guetta at...