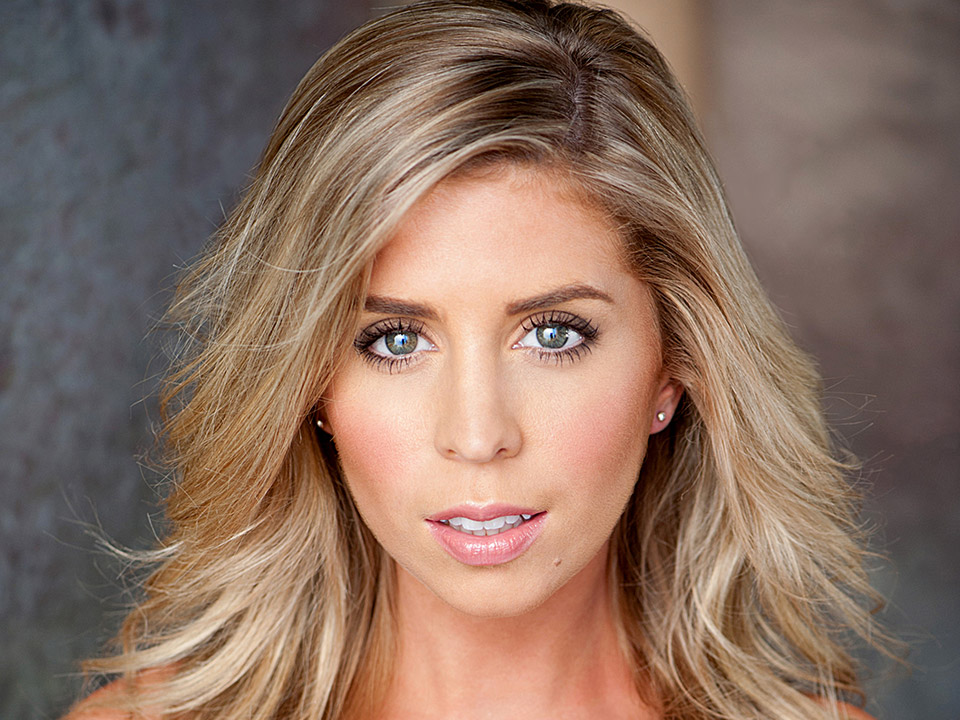 Our interview with beautiful Lindsay Lamb who can be seen starring in “Hide In The Light” where Lamb plays Becca, who tries to help her friends escape an abandoned orphanage while fighting against supernatural forces. And by the way, Lamb did her own stunts in the film.

Following “Hide In The Light, Lamb will be seen in the feature film “Arlo: The Burping Pig” as Samantha, a bookworm trying to make friends at her new school. The film, also featuring Drake Bell and Joey Lawrence, will be released by Lionsgate on November 15, 2016.

Later this year, Lamb will be seen starring alongside Amy Smart and Burt Reynolds in Sony Entertainment’s “Apple Of My Eye” (currently known as “And Then There Was Light”). Lamb plays Jenny, Caroline’s (Amy Smart) Braille tutor who provides a source of encouragement and guidance after she rapidly loses her sight from an accident. The film will be released in December 2016.

In 2017, Lamb will be seen in Lionsgate’s “Blue Line”. Lamb plays Bunny Abbott, a cheerleading captain who is kidnapped and held hostage during a heist. The film, also starring Jordan Ladd and Tom Sizemore, will be released worldwide on March 17, 2017.

Her additional film credits include “Emma’s Chance”, “Range 15” and “Mine Games”.

Insane (I can explain!), sarcastic, bringer-together-of-people… Sorry, I cheated a bit there!

My mom tells the story that my first grade teacher told her what a “creative” (strange) kid I was and that she thought I would thrive in theater with my fellow weirdos. I auditioned for my first professional job at 10 years old and booked it! I was hooked ever since.

Yes, I went to USC’s School of Dramatic Arts. I graduated 2 years ago now, which is crazy for me to think about!

What’s the best part of being an actress?  And worst?

The best part, for me at least, is getting to dive into a character and really unhealthily obsess over it. The worst part is the inconsistency. When you love something so much and you work so hard to have it and then it doesn’t work out, a good amount of the time it can get really tough. It really makes me appreciate the time that I am on set working and knowing that nothing is 100% certain.

Nope! So you can imagine my parents surprise when their first born said she was going to be an actress… forever.  It wasn’t just a phase, ha!

I think I was always a little weird, or really weird, and getting to be myself and be praised for it is something that is very addicting and comforting. I just remember being on stage at such a young age and thinking, “Finally! These people get me!”

Tell us about “Hide In The Light”, and your character Becca.

Becca is the kindhearted, loving girlfriend of Todd, played by actor Jesse James. She really has to grow up quickly in the film when her life goes from picturesque to being trapped in an abandoned orphanage. I had so much fun working on “Hide In The Light.” It was an ensemble cast and we all became so close in such a short period of time. I was so giddy getting to set everyday and couldn’t wait to wash the blood off and do it all again the following day.

And now about “Arlo: The Burping Pig”?

In “Arlo: The Burping Pig” I play Samantha, who is the bookish, nerdy sister of the family. I had a lot of fun playing Samantha since I’m usually typecast as the cheerleader type. I had worked with the producer, Richard Switzer, several times before and when he asked if I wanted to be a part of the project and pitched the idea of playing a character I would generally not be seen as, I jumped at the opportunity. I can’t wait to see the final product when it comes out on November 15th.

In April of this year I shot a project in Florida called “Apple of My Eye” starring Amy Smart and Burt Reynolds. I cannot say enough amazing things about working on that film. Everything from the director, Castille Landon, our producer, Dori Rath, the cast, the locations… everything was absolutely perfect. I also shot a pilot in July from producer Meg LeFauve and director Joe Forte which I had so much fun on. Meg is the writer of “The Good Dinosaur” and “Inside Out” so I was nerding out 99% of the time on set.

My perfect Sunday would consist of a lot of time with my dogs, a good amount of coffee from Aroma, and never getting out of my sweatpants and house slippers. I also recently moved and have a grill so I’ve been really exploring my culinary “skills” with that magical machine on the weekends.

I love cooking so I do that as much as I can. I also am completely obsessed with my two fur babies, Scotch and Jovi, so I spend most of my free time with them, sneaking onto the beach, running around the neighborhood, you know… super wild things like that!

Documentaries! I’m crazy (in more ways than one) for crime documentaries.

What are three things you can’t leave your house without?

My phone (I know, typical), my keys, and… gum? Geez, I’m boring myself! I think I should start making sure I always have a purple wig with me to spice things up a bit.

So I’m one of those people who will listen to one song on repeat for 4-6 weeks and then move onto the next one. My friends love being in a car with me (just kidding, they avoid it at all costs). Most recently it’s been “Closer” by The Chainsmokers. I thought I would have moved on by now, but I haven’t. But other than that I have a little bit of everything on my playlists… A little Mumford and Sons, some electronic, obviously Hamilton the Musical. You never know what you’re going to get when I plug my phone into the speaker.

Is the entire cast of “The Office” an appropriate answer? I adore all of them!

Who is your favorite actor/actress and why?

Elizabeth Banks is one of my favorite actresses. She’s so charming and smart and her performances are always spot on. Also, Will Arnett. I think our weirdnesses would mesh well.

Where do you see yourself five years from now?

I would love to get into television and be on a long lasting show, so I’m going to put that into the universe. I would also hope that I would be continuing to work with people who I now consider very close friends and continue to grow as individuals and filmmakers.

How important is social media for you?

Social media used to be a way for me to keep in touch with my family and friends back home but now it’s become much more than that. I’ve been asked at several castings lately how many followers I have, which sounds a little crazy but it makes sense, so that’s something that I’m working on… but for now I’m seeing how many pictures of food and dogs I can get away with posting.

Favorite quote: Oh geez, I have a lot! I like little quotes that are good daily reminders like “You don’t get the same moment twice in life.” I also love “And those who were seen dancing were thought to be insane by those who could not hear the music.” – Friedrich Nietzsche. I see it as a life reminder to let your freak flag fly.

Favorite food: I am such a foodie so it’s hard to chose just one! But if I had to I would say pasta and then immediately blame my mom.

Favorite sport team: Is binge watching HBO documentary series a sport? Because it should be.