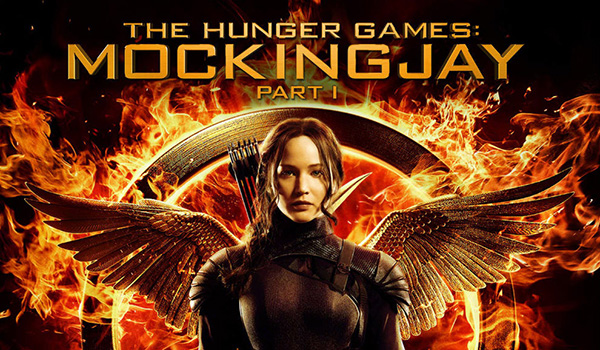 Those who pre-order The Hunger Games: Mockingjay – Part 1 [Republic Records] soundtrack on iTunes will now receive an immediate download of CHVRCHES’ “Dead Air”. Additionally, another song has been revealed from the forthcoming album. The Hunger Games: Mockingjay – Part 1 soundtrack will also include an exclusive track from MAJOR LAZER featuring ARIANA GRANDE entitled “All My Love”. This powerhouse collaboration rounds out the final tracklisting for the most anticipated soundtrack of the fall.

This is in addition to the previously unlocked “Yellow Flicker Beat” by multiplatinum GRAMMY® Award winner LORDE and “This Is Not A Game” from The Chemical Brothers [featuring Miguel]. Now, buyers will receive a total of three tracks before the soundtrack’s November 17 release in stores and at all digital partners. Curated by 17-year-old LORDE, the soundtrack boasts unforgettable collaborations from artists including Stromae feat. Pusha T, Q-Tip, Haim, CHVRCHES, Tove Lo, Charli XCX feat. Simon Le Bon, Raury, Grace Jones, a special Kanye West rework of LORDE’s already released hit single “Yellow Flicker Beat,” and more.

The Hunger Games: Mockingjay – Part 1 [Republic Records] has become one of the most talked about soundtracks of 2014. The soundtrack was first announced with the release of LORDE’s “Yellow Flicker Beat” [LAVA/Republic Records] last month. As soon as it became available on iTunes, it soared to #1 on the Soundtrack Top Songs Chart. After only two weeks, the Vevo static video has surpassed 5.3 million views. Upon impacting airwaves, “Yellow Flicker Beat” made history. It became the #1 Most Added song at Alternative Radio and set a new record for “Most Adds on a Female Artist in Mediabase History”.

The Hunger Games: Mockingjay – Part 1 was directed by Francis Lawrence and stars Academy Award winner Jennifer Lawrence, Josh Hutcherson, Liam Hemsworth and Woody Harrelson. The film is the latest installment in Lionsgate’s global box office phenomenon based on Suzanne Collins’ bestselling “Hunger Games” trilogy and will be released in theaters worldwide on November 21, 2014.