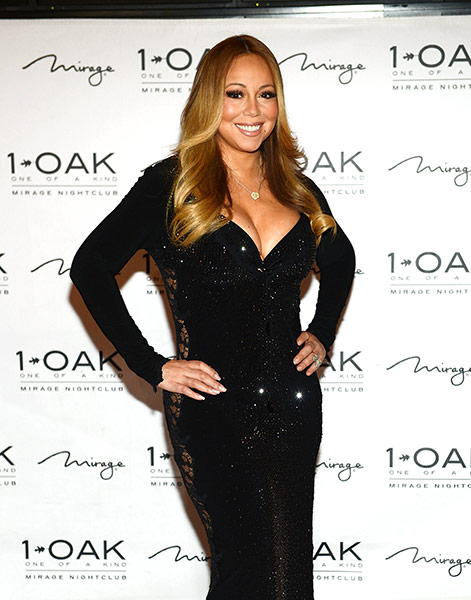 Last Saturday, July 25 GRAMMY Award-winning singer, songwriter and actress Mariah Carey hosted a celebratory evening at 1 OAK Nightclub inside the Mirage Hotel & Casino with special event sponsor, beGlammed. Taking time out of her busy schedule, the “Infinity” singer and Las Vegas resident arrived to the nightspot a little after midnight where she stopped on the red carpet and wowed photographers and hundreds of fans in a stunning black gown. Once inside, Carey and her guests got settled at a VIP table located behind the DJ booth while DJ Suss One appropriately started playing her smash hit ”It’s Like that” to greet the record-breaking songstress in true Vegas fashion. Shocked at her warm welcome, the beautiful mother of two had no choice but to get on the mic and sing along to a few of her hit songs, giving guests an exclusive performance. The talented star had the venue fully transformed and the energy in the room at an all-time high as her chart-topping hits including “Heartbreaker,” “Don’t Forget About Us,” “Shake It Off,” “Honey” and many more played throughout the evening. Thousands of fans filled the dance floor to catch a glimpse of the blonde beauty and to sing along with their favorite songs. 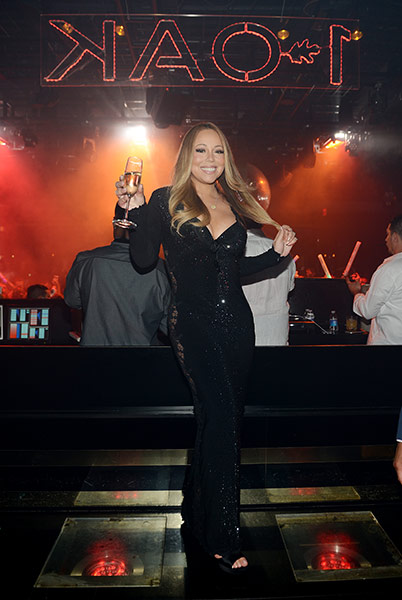 As the night went on, the pop icon was surprised as a parade of beautiful cocktail waitresses greeted her with an eye-catching four-tiered cake decorated in true butterfly fashion and topped with a gold tiara, a spectacle fit for music royalty. Filled with excitement, the talented bombshell held up her cake for all to see and posed for pictures as guests chanted her name. Throughout the evening, the group was seen in high spirits, dancing and laughing the night away with one another as Carey partook in a champagne toast to celebrate the evening before leaving the nightspot around 2:00 a.m. 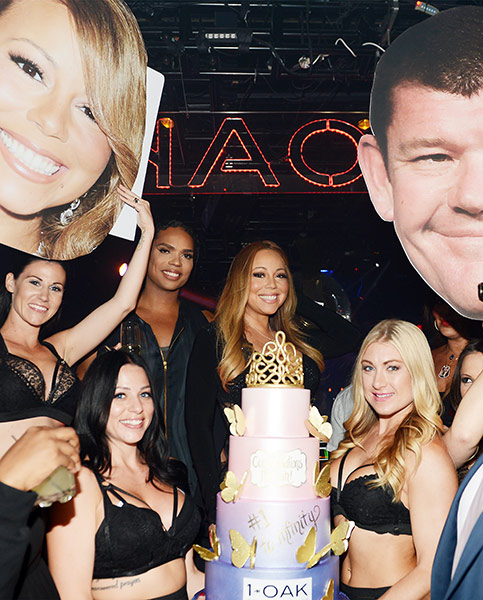 Also spotted celebrating his birthday at the nightspot was basketball player DeAndre Jordan with a few close friends including fellow athlete Kevin Durant.