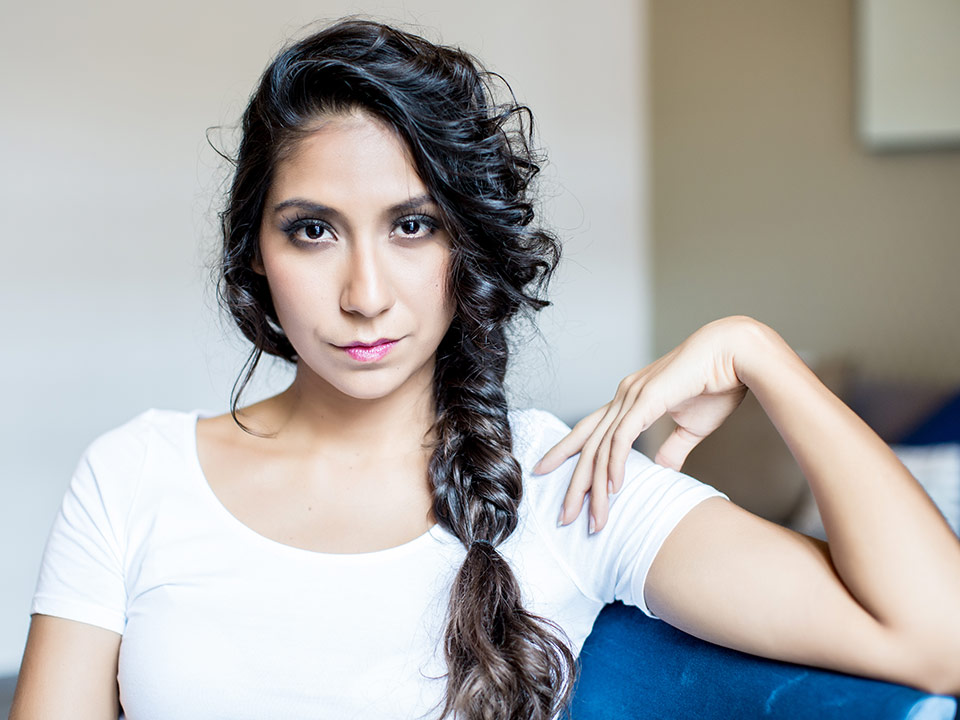 Our interview with talented Mexican actress Mariana Flores who was born and raised in Los Cabos, Mexico and at the age of nineteen she moved to Los Angeles, CA, to pursue an acting career and enrolled at the Stella Adler Academy of Acting. Although her training began in theater she found film being more entertaining, through the course of time she became interested in directing, writing and producing and had her first short film called “Gabriel” being accepted at the short film corner in Cannes where she also plays the lead role.

Mariana also stars on the series “Living with Strangers” where she plays one of the lead roles, Nancy, a half-Filipino half-Mexican from Portland, Oregon, she is smart and witty, but comes across as the virtuous quiet one.

If you wouldn’t be an actor what would you be?

I would be a psychologist.

When did you first start acting?

Well I left my country to study in LA, so I did not have any experience for acting prior coming to LA, so I was 19 years old, the first project I did was a shortfall about a el “CUCUY” a monster that would eat children and I was the mother of the children who would get eaten, it was a really fun experience, and the first project that i got paid for was a bother shortfall about a low class family who is struggling to survive in Mexico and my husband migrates to the U.S. illegally to make money. Since I was a little girl I was always involved in artistic stuff, like in the chorus, dancing or even plays at school but when I was in middle school I decided that I wanted to be actor.

What is something that you know now that you wish you knew when you where first starting out as an actor?

To be bold with your choices and not let yourself be intimidated by nothing and no-one.

In what kind of projects would you like to be involved in?

I love independent films but of course I’d love to be on a Guillermo del Toro’s film.

Doing more independent films and going to more film festivals like I did last year.

What are the most recent project you have done?

Eleven Hundred to Lubbock which is a feature film that has won the stubbornly independent award at the Tall-grass Film Festival, Best Director and Best Movie at the Broad Humor Film Festival and several short-films like, The Dishwasher and Carmen that had been to several film festival last year and still this year 2019.

With who would you spent a day off and what would you do?

With my family if they are around visiting me or firends and we would have dinner, go shopping or go to the movies.