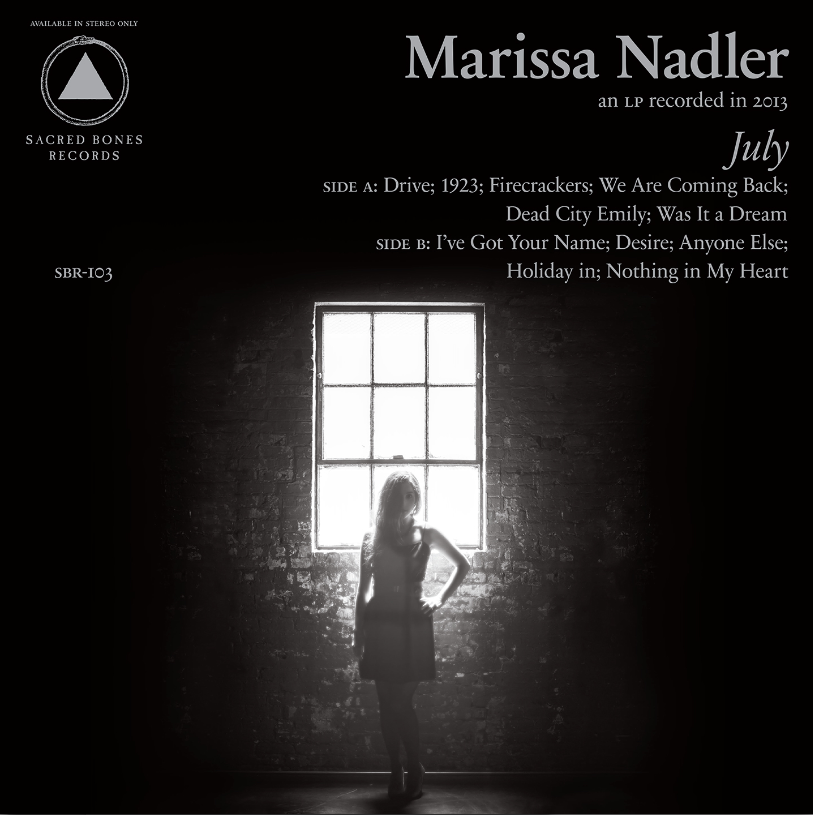 “…grander and more nuanced than her other records, July is Nadler at her most confident and striking.” – PopMatters ‘Anticipated Release of 2014’

“…as haunting and delicate as any of her best tracks to date.” – BrooklynVegan

“an airy and ethereal spine-tingler” – Stereogum

Stream New Track ‘Was It A Dream’ at  Pitchfork or Soundcloud

Boston-based singer Marissa Nadler has shared new track, Was It A Dream, off her forthcoming sixth full-length album, July, coming out on February 4th on Sacred Bones (US) and February 10th on Bella Union (ROW). After performing at Rough Trade’s new Brooklyn space this past November, Nadler has announced a national tour, kicking things off with an album release show on Saturday, February 8th in Brooklyn, NY at Glasslands.

July follows Nadler’s critically acclaimed 2011 self-titled LP, which she released independently through a successful Kickstarter campaign, selling her own handmade albums (as well as a highly-circulated ‘Covers’ series) through Etsy. Following several albums on Kemado, her DIY venture earned her SPIN ‘Best New Artist,’ Vogue ‘Artist To Watch,’ KEXP, NPR ‘World Cafe: Next,’ and NPR ‘First Listen’ accolades, while Pitchfork gave it an “Albums of the Year: Honorable Mention.”

Recently collaborating with Angel Olsen and Xasthur, among others, July is the kind of release that reminds you why NPR counts Nadler’s songwriting as so “revered among an assortment of tastemakers.” This is a singular achievement for the artist, a record she couldn’t have made earlier in her career because, as every songwriter knows, she didn’t just write these songs: She lived them. 4. We Are Coming Back