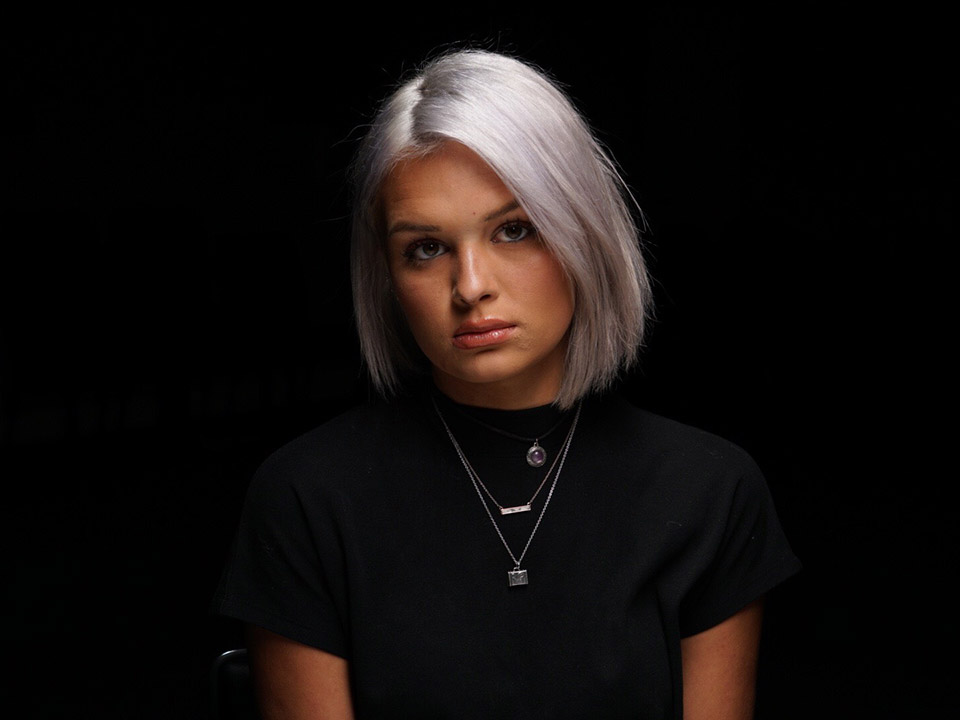 Show and Tell is a song that everyone can relate to at some point of their lives. Mason says the song is inspire by “the emotion of trying to pick up the pieces of yourself after someone else tore you apart. It is about trying to convince yourself, and everyone else, that you’re “fine”. Show and Tell is based on that moment in between getting your heart broken and getting yourself back together again.”

Writing well beyond her years, Mason Ashley masterfully crafts lyrics that tell timeless stories, melodies that capture raw emotion, and sings with an enchanting voice that lulls the listener to another time and place. Instead of trying to categorize her unique sound into specific genres, Mason describes her sound as “what she feels like writing, what she is feeling in the moment, and what she feels is honest.” Her music is her own journal of her life, just with melodies. The result; songs that anyone of any age who has ever felt love, loss, frustration, joy, romance can relate to.

Hi Mason, please tell us a little bit about yourself?

Hi! I’m Mason, as you know. I’m twenty years old. I’ve been writing and doing music for over 10 years now and I love it just as much now as I did when I started. I also went to cosmetology school and I love doing hair and makeup. And I have a dog named Koko.

My dad taught me how to play piano when I was really little. I don’t even remember learning how, it’s just like it was always a part of me. I taught myself how to play guitar when I was nine-years-old on my grandpa’s 50 year old acoustic Conn guitar. I started taking lessons not long after that, and still love playing and teaching myself new things now.

Is your family musical?

My family is very musical. My mom is an amazing singer and my dad can play any instrument he tries.

I would describe my music as honest and emotional. I write songs in a very personal way and every song I release is a small part of me.

I started playing guitar and piano when I was about nine-years-old and writing songs around that time as well. When I was twelve, I was performing in venues that artists twice my age were playing at. I fell in love with the idea of music and how it effects people at such a young age and I’ve been in love ever since.

I’ve been getting really into electric guitar lately. I bought myself a Les Paul recently and I would love to get better at electric. I’ve always been an acoustic person but I’m trying to expand my knowledge and experiment with my sound.

Tell us about your new single “Show and Tell’?

Show and Tell is a song that I believe everyone that has ever been heartbroken can relate to. It is based on that moment in between being hurt by someone and wanting badly to be okay again. It is about wanting to be strong but knowing that it’s okay to not be okay.

And about your music video? Where was it filmed?

We shot the video for Show and Tell in my hometown of Tomball, Texas. We wanted to use real authentic women that connected to the song instead of actresses so I put out a casting call on my social media and had an overwhelming response. I was blown away by the amazing ladies that wanted to be a part of something so important to me.

Be real. Sing or write songs that inspire you and make you feel something because that’s what it’s really all about. Use your voice to say what you want the world to hear.

I am currently obsessed with a band called Wallows. I saw them at a music festival a few weeks ago and their stage presence is just as amazing as their music. It made me want to be up there with them.

Three things you can’t leave your house without?

I listen to all kinds of music. I listen to a lot of Indie/alternative music but I also love to jam out to some occasional rap, country, rock, or really anything with a cool sound or message.

Robbers by The 1975 is one of my all time favorite songs. It has such an interesting story in the lyrics and the sound is so unique. It’s a song I can jam into in my car or listen to when I’m sad…perfect song for anytime.

I also went to school for cosmetology and I have a passion for doing hair and makeup as well. It feels very artistic to me and I love making people look good and feel good.

The Office, New Girl or Parks and Rec. I’ve watched them all so many times but I love them.

“Things might not make sense right now but someday they will. Your story has just begun so don’t get stuck on one page.”

I honestly don’t know what I’ll be doing in 5 years…but I do know without a doubt that I will still be writing, releasing, and performing my music. That will never change for me no matter where I’m at.

My Sunday’s usually consist of church, then some lunch, coffee and relaxing. Just spending the day chilling or with my family is a pretty good Sunday to me.

I do have some exciting news. My song “Lie to Me” has been nominated for Best Pop Song of the Year at the Hollywood Music in Media awards, which will be my first red carpet event to attend so I’m very excited about that!

I honestly wish I could live back in time when people just wrote letters to each other instead of posting everything online or texting. There are major benefits to this age of social media and it can be fun sometimes, but it does take away some of the magic of real communication.

Favorite Quote: “To live a creative life, we must lose our fear of being wrong.” – Joseph Chilton Pearce

Favorite Song: It is impossible for me to pick one favorite song.. I really like Pictures of Girls by The Wallows right now and an all time favorite is Robbers by The 1975.

Favorite Movie: I have so many favorite movies but my all time go to is My Best Friend’s Wedding. Love Julia Roberts.

Celebrity Crush: Matt Healy of The 1975 or Chris Pratt