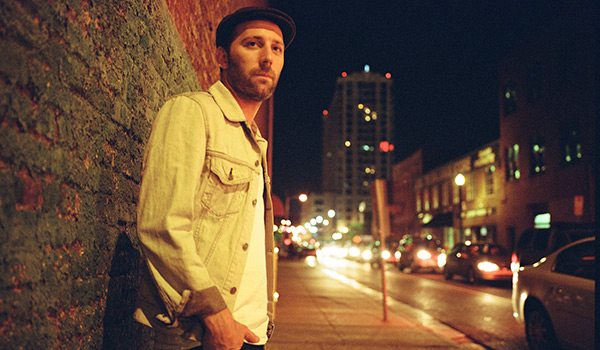 MAT KEARNEY will release his highly anticipated new album Just Kids on February 24th. In support of the album MAT has announced his “Just Kids” tour which features special guests Parachute and Judah & The Lion. The tour will begin March 5th at Knitting Factory in Spokane, WA and will conclude April 4th at the legendary Ryman Auditorium in Nashville, TN.

Following up the release of the album’s first single “Heartbeat”, fans can begin pre-ordering JUST KIDS on iTunes starting December 15. The pre-order also unlocks an additional song on the album “Just Kids” as an instant grat track. However, in keeping with the holiday spirit, MAT wants his legions of diehard supporters to get yet another song early. So, on December 22, another song becomes available for purchase and download as an instant grat with full album pre-order.

A special pre-sale for the tour goes live December 2-4 on matkearney.com/#tour at 10am local market time with the password of justkids. Meanwhile, general on-sale begins December 5th. This marks the critically acclaimed singer and songwriter’s first proper tour in support of his forthcoming fourth full-length album, JUST KIDS [Republic Records].

MAT recently unveiled the groundbreaking video for “Heartbeat.” The action is all captured in one shot and one take, utilizing revolutionary drone technology. For more info, watch this in-depth behind-the-scenes video.

JUST KIDS came together over the past few years while Mat toured the world. For the very first time, he built a portable studio on his bus, and he cut songs all over the globe from Los Angeles and Sweden to his home studio in Nashville. Most of this vision is a product of his own production, but he had a little help from MDL [Maroon 5, Justin Bieber] as well as frequent collaborator Josh Crosby.

Mat’s most recent album, 2011’s Young Love debuted at #1 on the Billboard Digital Chart and #4 on the Billboard Top 200 chart. Known for ubiquitous anthems such as “Nothing Left to Lose”, “Hey Mama”, and “Ships in the Night”, his music has been featured in countless television shows and films ranging from Soul Surfer and Parenthood to The Closer, NCIS, 30 Rock, and Vampire Diaries. His 2006 major label debut Nothing Left to Lose has sold over 450,000 copies, while 2009’s City of Black & White hit #13 on the Billboard Top 200. In between it all, he supported everybody from John Mayer to Keane on the road.