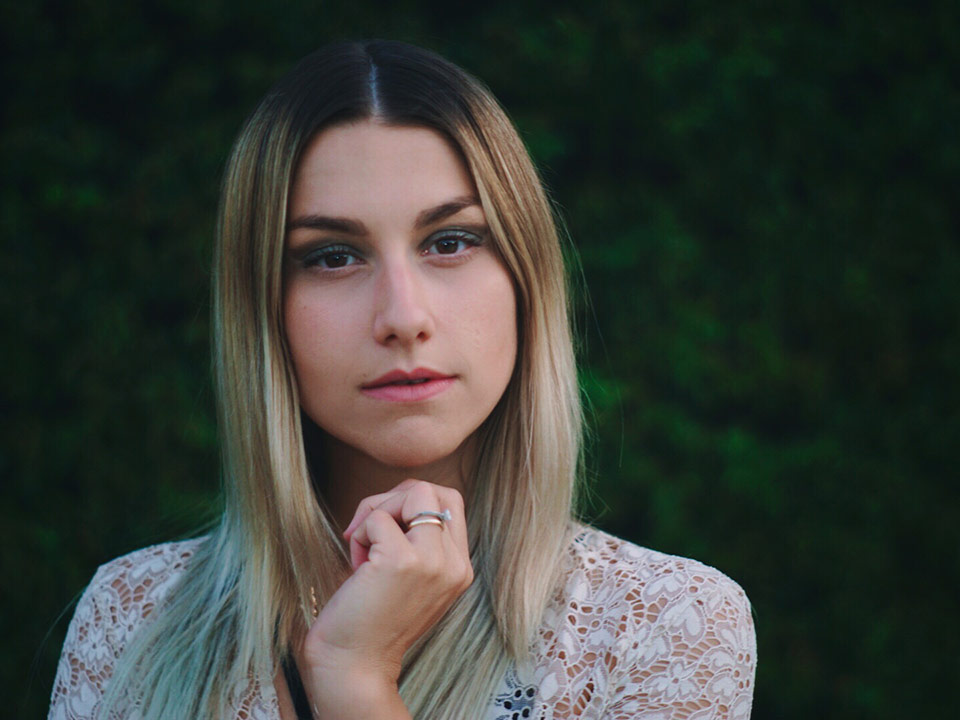 Check our interview with very talented songwriter Melanie Fontana who recently wrote the first track on BTS’s new album “Love Yourself: Answer” which peaked at #1 on the Billboard Top 200 Chart, as well as “Setting Fires” for The Chainsmokers ft. XYLØ;. She’s also credited with reviving Aaron Carter’s music career, after his 12-year hiatus.

With a handful of hits from headlining artists under her belt, she’s on the path to becoming the next Julia Michaels.

We’re sure you have been asked this million times, but how did you get into the music industry?

I remember the moment my music teacher pulled me aside after class and asked me to sing at a special event outside of “school stuff”; I was age 5! From then on, I pretty much knew I wasn’t headed for a traditional career. It may sound unbelievable, but even at 5, I felt dead-set on being a singer/songwriter. Fast forward through a decade (plus) of voice lessons and theater work to a very eager me at age 17: I begged my family to help me move to NYC. I’d completed my high school education early through a homeschool program, so they happily obliged. I think my parents believed in me even more than I did at the time! I spent almost 10 years trucking away in NYC. During this time period, I finagled my way into Sony Studios to do some odd jobs for them. I eventually came across a quite successful producer who was out in LA; we met online! I did some thorough research and after a bit of deliberation, I decided it was worth giving the business relationship a go. I blindly packed up and moved to LA. While that whole thing crashed and burned after less than a year, I used the connections I built during the time that I worked with this super-producer to connect me to bigger and better musical collaborations.

Who influenced you and why did you choose to be a songwriter?

The song I heard on the radio that completely changed the path of my musical endeavors was “Baby One More Time…” by Britney Spears. After that, I had to be in pop music some way, somehow! It was like a switch in my brain got flipped. I fell in love with the works of the producer Max Martin; I so badly wanted to be the female-Max.

Now tell us about the track “Euphoria” that you co-wrote on BTS’s new album Love Yourself: Answer?

“Euphoria” was truly such a fun song on which I was blessed enough to work. I wrote it alongside a very talented production team, without whom I wouldn’t have had the amazing opportunity to be a piece of the BTS puzzle. I am proud of the chorus melodies and the way BTS/Jungkook absolutely nailed the vocals. I wrote the original lyric in English, then as luck would have it, a very talented Korean lyricist came in and made it perfect for BTS.

How did you feel when BTS’ album went to #1 on the Billboard Top 200 Chart?

All the words in the dictionary can’t describe how vindicating and beautiful it is to see your work honored in such high regard. I screamed with joy and cried happy tears. I celebrated my ass off. My manager Justin Garza and agent Danny Lee threw me a lovely “Number 1 Party” in K-Town Los Angeles. We all ended up at a delicious Korean BBQ restaurant celebrating late into the night.

And then when the song you co-wrote for The Chainsmokers ft. XYLØ, “Setting Fires,” went gold?

Happened last month! I was shocked because it’d been a bit of time since I’d heard rustlings in regards to “Setting Fires”! I was in the midst of having a difficult session with a guy I can only describe as…well…VERY difficult to work with. Haha! Finding out my song was gold was such a welcome moment after this pretty unpleasant write. I came home immediately after where my husband and I celebrated with black bean tacos and French champagne.

How did co-writing “Mood Ring” for Britney Spears come about?

That is an interesting story! Back in 2015, my wonderful pals, The Chainsmokers, had emailed me a batch of tracks on which they needed vocals. Alongside another songwriter friend of mine, I recorded a few songs on top of the beats they had sent to me. One of those songs happened to be “Mood Ring”! The Chainsmokers said they liked it, but still turned it down. That same day, they asked us to write a similar song on the same beat and that is how “Setting Fires” came to be. I wrote both “Mood Ring” and “Setting Fires” atop the same instrumental track. A few weeks later, Drew and Alex told us we were free to send “Mood Ring” to other teams. So we shipped off the acapella to another producer who happened to be signed to DJ Mustard. He pitched it to Britney Spears and she apparently fell in love with it immediately. Not to toot my own horn, but “Mood Ring” is the most Britney -sounding song that’s come out in the recent years. I can’t lie, while I was grateful, I was a little bummed to find out it was only available on the Japanese deluxe edition of “Glory”.

What is it like to works with some of the top music artists worldwide?

It’s surreal. Some are more exciting to me than others. It’s also so interesting to see how even the greatest of stars and biggest of talents are still human beings who want to make their fans happy.

What’s next for Melanie Fontana?

I’ve got some great features coming out this year and top of next year. love to do more EDM features. I’m trying to sing more songs, y’all!

What are the five things you can’t live without in the studio?

1. A giant iced coffee. The caffeine gets me super happy and enthusiastic. 2. My iPhone; I write all my songs on the Evernote App.3. My husband, Lindgren. He is one of the most talented producers I’ve ever worked with and I am not just saying that because we’re married. He’s insanely good. 4. My list of song titles and concepts. 5. My voice all warmed up and ready to go!

My favorite song changes daily! Right now I have 2: “Kiss and Make Up” by Dua Lipa and BLACKPINK; that post-hook is infectious (in a good way.) My other favorite song is by Taylor Upsahl, it’s called “The Other Team” and the concept is hilarious and yet so relatable. It’s about being head-over-heels in love with a gay guy. I have worked with Taylor Upsahl a few times and she’s not only a treat to hang with, she’s a monster singer.

I love my cat Vanderbilt. I’m a crazy cat mommy, for sure. I love all animals, actually.

I’d love to meet Max Martin again. I’d want to sit down with him and have a cup of coffee and really get to know him as a human, not just the super-producer he is. I met him once but it was far too fast and I didn’t get to say all the things I wanted to say!

Work until you no longer have to introduce yourself.

My husband bought me (& himself) a Segway brand scooter; so essentially, I now have my own personal Bird! I love to just scoot around Burbank, maybe head to Porto’s for a potato ball or two & then to The Palm Coffee Bar for an iced lavender latte. After we dock the scooters, I love to swing in my hammock in the front yard and read gossip mags; they’re a little bit of a guilty pleasure!

Still writing and singing. I’d love to own some more properties and have another studio which I could rent to other writers. I’d love to write a kids cartoon of my own and have it picked up by a major network à la Shimmer and Shine from Nick Jr where I sing and write all the music.

My fashion style is Paris-meets-LA; laid back but with classy elements such as a loose t-shirt paired with long sparkly necklaces and statement shoes. I’m the girl who wears her Adidas with a cocktail dress on a red carpet. Hmmm…maybe I’d just describe my fashion as “euro-street”.

Quote: It’s something unpredictable but in the end it’s right. I hope you had the time of your life.-Green Day.