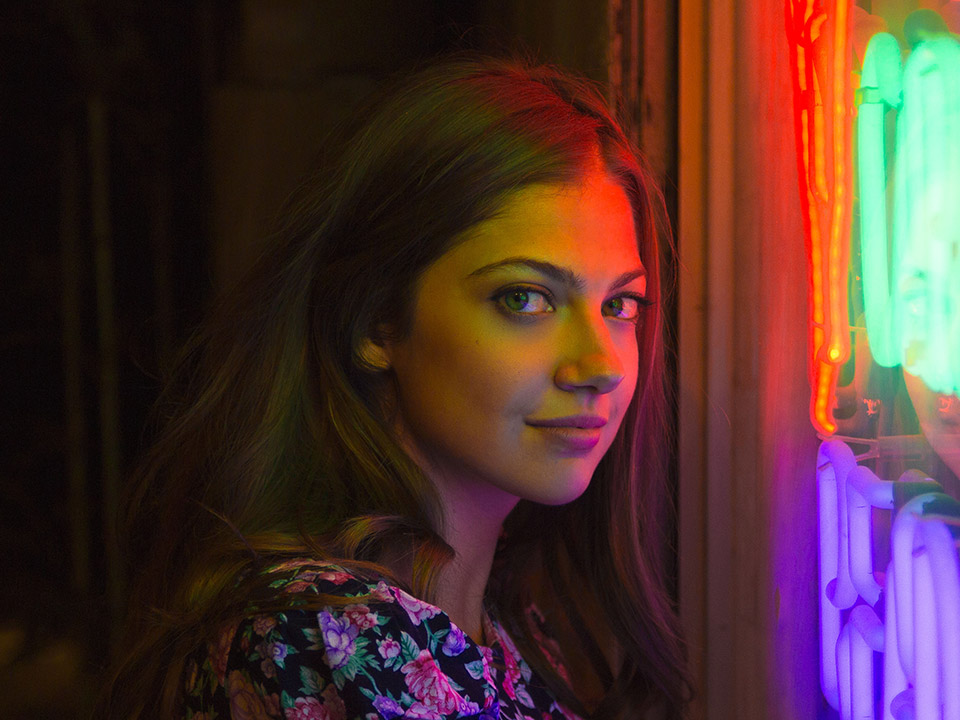 Our interview with gorgeous talented actress Mia Serafino who plays the lead actress in the film, Electric Love as the independent and charismatic “Emma.”

Hi Mia please tell us a little about you?

Hi! I am an actor originally from Detroit, Michigan. I went to college in Chicago for Musical Theatre and then moved to LA. I am a major nerd about a lot of things but mostly; classic films, hockey, pasta, musical theatre and F. Scott Fitzgerald.

My family. My parents have always supported my decision to be an actor and have endured many dramatic phone calls–good news and bad.

I had sort of a strange entry into the “business” side of acting. I’ve always wanted to be an actor and have been doing theatre since I was kid. I started by doing commercials and small roles in the Detroit area before moving to Chicago for theatre school. I was able to get summer jobs as a stand-in for actresses in big studio movies that were shooting on location in Detroit. That was really helpful for me to be on big sets and learn from the best in the business. I tried to just ingratiate myself on set and learn everything I could.

This is a tough one! I had done theatre for a while but I think I got my SAG card doing The Butterfly Effect 3. It shot in Detroit I believe my freshman year of college. I had a line in Oz: The Great and Powerful and one in Saving Mr. Banks–both movies I was initially a stand in on. Those were early on and felt really special because I got to be in scenes with some of my idols like Tom Hanks. I remember the excitement of sharing a make up trailer with them and shooting on location at Disneyland.

What is the best and worst part about being an actor?

I got home from set the other day and texted my mom something along the lines of “I can’t believe I get to do the most fun thing in the world as my job” We all get one life but when you’re an actor you get to live out all of these different stories and be so many different people. I think that’s why actors are generally empathetic people.

The worst part? I suppose it’s periods of time when you’re
not working. It can be difficult to keep your momentum and confidence. During off times, I go to class and do plays to keep that momentum going.

“Be a Michael, not a Sonny” My mom always used to say that. It’s a reference from the Godfather. She means sometimes it’s better to not wear your heart on your sleeve. Looking back, my parents let me watch that movie way too young!!

Tell us about your latest film “Electric Love” and about your character Emma Warren?

The second I finished reading the script I wanted to play Emma so badly because I’ve experienced a lot of the same dating mishaps. I love romantic comedies in general, but we’re ushering in a new age of tinder dating and the bizarre things that happen when you meet someone through a phone screen. Emma is uniquely authentic and says what she feels despite consequences. She’s like all of us–wavering on that thin line of sort of having it together and sort of not. Mid-twenties is such a strange time when you’re finally an adult but have zero structure. So she’s trying to keep her life together and meet someone in LA that is semi-normal–not an easy feat!

One time when I was doubling for an actress in a movie called Real Steel, I got to kiss Hugh Jackman–that one is pretty hard to top.

Most recently I was on an NBC sitcom called Crowded. It was a great experience because we were directed by legendary comedy director James Burrows. I was constantly bugging him for trivia about directing Friends and Cheers.

What’s next for Mia Serafino?

Shooting a pilot this fall but can’t say what yet 🙂

I have so many favorites. Robert Deniro has always been my long time favorite, I love everything he does. I love Natalie Portman, Sarah Paulson, Laura Dern, Nicole Kidman. The work they’ve all been doing lately is inspiring.

A lot but nothing as much as Frank Sinatra.

I (try) to go to yoga. If I’m not working, I’ll usually have an audition or an audition to prepare for.

Hopefully loving whatever I happen to be doing.

I really like Art of Elysium. It’s artists using what they do to inspire children who are suffering from an illness. I also love 826LA which is a tutoring after school program.

Quote: “Now that you don’t have to be perfect, you can be good.”-East of Eden

Song: You Really Got A Hold on Me – The Beatles