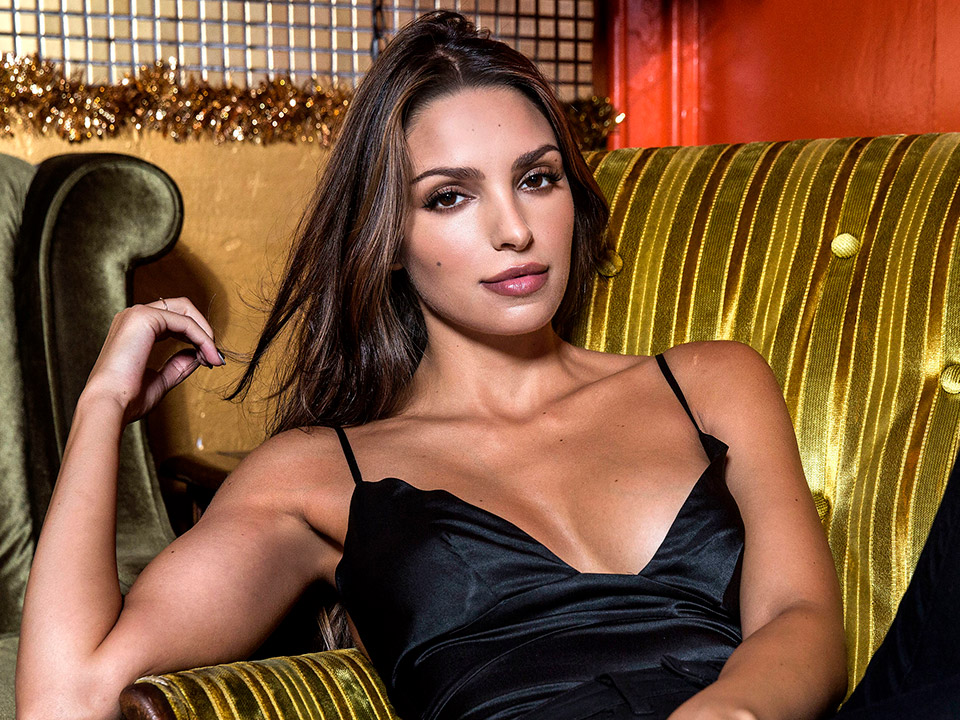 Our interview with gorgeous actress Nadia Gray, who can next be seen alongside Will Smith in the Netflix action-thriller film “Bright.”

“Bright” is set in a world populated with both human and alien races. The story follows LAPD officer Daryl Ward (Will Smith) who is forced to work with an Orc (Joel Edgerton). Battling their differences and an onslaught of enemies, they must work together to protect a deadly, thought-to-be-forgotten relic that in the wrong hands could destroy everything. Gray stars as Larika, an elf and member of “The Inferni” who plays a pivotal role in film. The film premieres on December 22, 2017 on Netflix and will be released in select theaters.

Hi Nadia please tell us a little about you?

I’m an actor really psyched about the release of my upcoming film, Bright for Netflix! I’m also movie obsessed with an affinity toward horror. Also a lover all things funny, and things that taste good.

My husband, he’s just the best there ever was. And also my long time best friend. Those two people keep me sane and happy, and I wouldn’t be able to do my life without them.

I had a weak attempt at modeling just to get myself to Los Angeles so I could pursue acting. After that, it was a lot of background work just to get on a set, and self submissions trying to find agents. It definitely took some time to get my ducks in a row before I started booking jobs.

My first role was one line on a comedy pilot for NBC called Whitney. I was so nervous and lucky as hell the leading lady was so nice to me. It was a great few days on set and I was hooked on that high instantly.

The best part is actually getting to act! The energy of being on a working set, there is nothing like it. I learn something new every time I get the opportunity, so I think one of the best parts about it is being consistently uncomfortable. Every new scenario you find yourself in, you have to really push yourself, therefore you’re constantly growing as an actor. The worst part, of course, is the rejection. I believe it’s a numbers game, so let’s say every one job I book, there is was about a hundred I had my heart set on that I didn’t book.

Don’t take yourself too seriously.
Tell us about the Netflix action-thriller film “Bright,” and about your role as Larika?

Bright is a present day, alternate universe LA, where orcs, elves, and fairies live among humans. It is so grounded and badass, I think viewers are going to be obsessed with it. My character, Larika, is an elf who doesn’t run with the best crowd. I can’t say enough about this film. It’s what I’m most proud of in my career.

Just getting to work for David Ayer. He truly is the best at what he does. I understand now why all these big name actors like Will Smith follow him from one movie to the next. He makes you better.

How is working with a big Hollywood name as Will Smith?

Surreal. And he’s the nicest, so somehow that made him even more alien-like. Every single person on that set is unbelievably talented, so I just tried to observe every day and learn from the best.

Bright is definitely my first big film, and before that I’ve mostly done television. It is a wonderful space to work in, especially starting out. You shoot something and it is airing within the year. A lot of the guess work is taken out, unlike how mercurial films can be.

This answer changes all the time! I don’t really have an ultimate favorite, but I’d say I fall in love with whatever I’m recently sucked into. I just watched the entire season of Jessica Jones for the second time and I’ve have to say, I’m obsessed with Krysten Ritter. She’s vulnerable and strong and relatable somehow, and she knocks that character out of the park. She’s so compelling to watch, and I’m a big fan.

A little bit of everything! My favorites are Motown, funk, and hiphop. I really just like anything I can move to.

Ideally, it is raining outside and I’m snuggled up inside with my husband and dogs watching a scary movie marathon. They hate it of course, but I torture them as often as I can. Builds character 🙂

Very mellow. I’m auditioning all day, then I’m home cooking, being with my two pups. When I’m not working, I really enjoy slowing down and taking care of myself.

Everything! I love cooking, and I really enjoy turning any dish into a healthy one without lacking flavor. It can be done! Also I make tabuli everyday ,so I guess that is my unfailing healthy staple.

Pizza. If it wouldn’t kill me or make me feel so awful, I’d be eating it at every meal like a straight up savage.

Being happy, healthy and busy. In my line of work, things can change at the drop of a dime, but I plan on having a very long career. It gives me a lot of self worth doing what I love and earning a pay check, and that is something I’ll always need in my life to be a balanced person.

Favorite Holiday Destination: Italy! Northern or Southern, there is so much to explore.

Favorite Restaurant: The Pikey on Sunset

Favorite Song: I can’t get enough of Debra by Beck.

Favorite Sports Team: What is sports?

Favorite Movie: I don’t have one favorite, but 500 Days of Summer is up there.