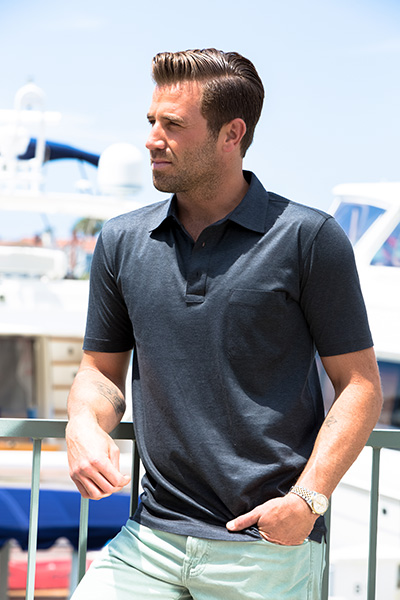 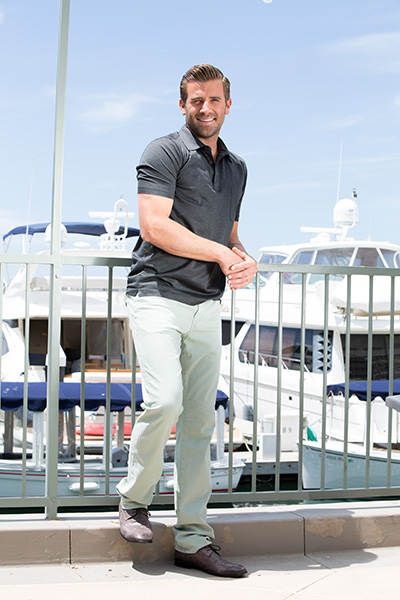 You were a part of ‘Laguna Beach,’ so Orange County is probably a special place for you. Is that where you originally grew up?

I was born in Newport, and then grew up in Laguna Beach. 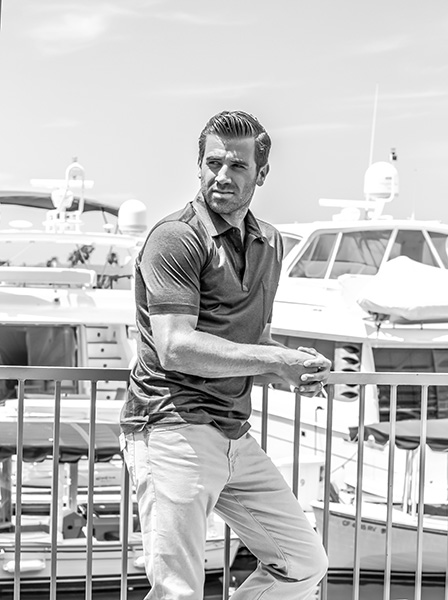 Just that whole environment, it’s like a mini Hawaii–with the coast and the way it’s set up. It’s just so different from Santa Monica or Malibu. [Specifically] Laguna itself, it’s literally like a Hawaii minus the really warm weather, [I] can’t complain; we’ve had decent weather all round. Walking around the city is my serenity. 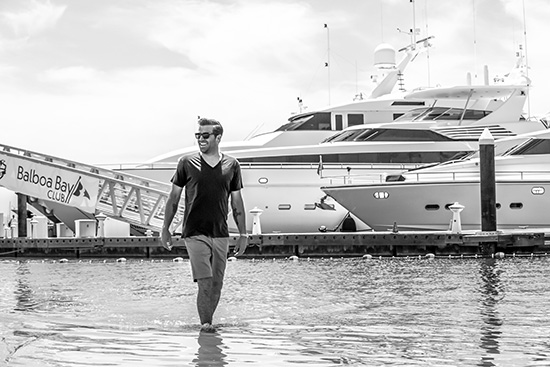 What are the must-see spots of Orange County, as far as places to eat/go with friends?

Since I don’t drink, I’m in pretty early. As for restaurants, I love Nick’s on Main. My new favorite is Hockey Solani’s Steakhouse. I highly suggest it. It’s a good vibe; it’s nice for dates. As far as for day activities, I surf, skate, wakeboard, go bowling, and go to the movies. I also love Disneyland. Its super crowded so we’ll leave 6 at night and stay until 10; it’s perfect. 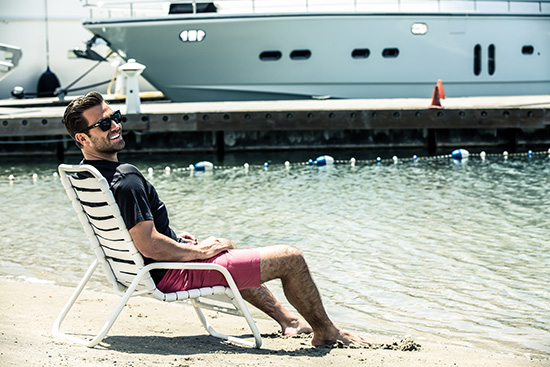 Laguna Beach is known for being one of the most beautiful places in the country. Do you have an absolute favorite beach spot?

My favorite place is either Brooke Street in Laguna or Oak if I’m just going to hang out. I also like general bay—it’s a good surf spot. You do basically skim boarding, surfing, and paddle boarding all at the same beach depending on the tide, which is nice. If I’m going to surf, [I’ll go] down south on the verge of San Diego county. 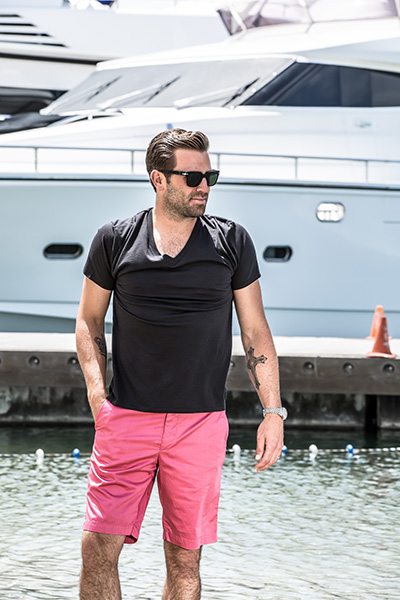 How would you describe the vibe of Orange County, and the people from there?

Overall, I think L.A. is such a cluster of different people from all over the world. It’s a pretty eclectic group of people. For me [personally], you run into (Laguna specially) hippie locals and very successful business people. Everybody for the most part is laid back; it’s a really cool environment. I stay away form the douchey people. It’s a healthy vibe. 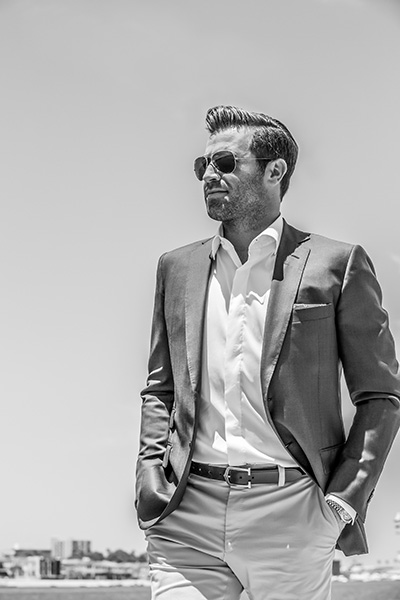 Do you still keep in touch with anyone from the ‘Laguna Beach’ cast?

I talk to Talan here and there. I have touched back with Lauren [Conrad]– its literally like ‘Hey, how are you doing?’ Lauren’s doing her clothing stuff; Talan’s in a whole different world. Stephen’s in entertainment, and I was doing stuff in raising awareness. Everyone just went opposite ways. We stay in touch for the most part. 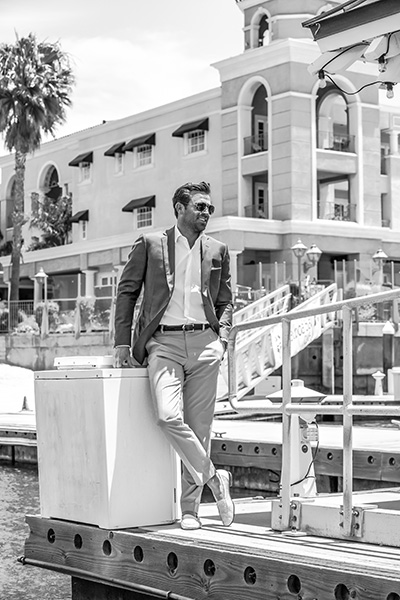 Now let’s talk about you. You were married last year to the lovely Ashley Slack. How’s married life?

David August designed that amazing suit for me… Literally that thing is more comfortable than pajamas. He’s done suits from the president to Robert Downey Jr. He’s really well known for custom suits, and he’s got very high-end stuff. I definitely love his stuff.

The wedding was unbelievable. Ashley said it was the perfect fairytale wedding. We had a lot of assistance… Ashley was so hands-on… We had coordinators that she didn’t even use. It went really well, especially [for me] finally dating sober and being faithful and truthful. 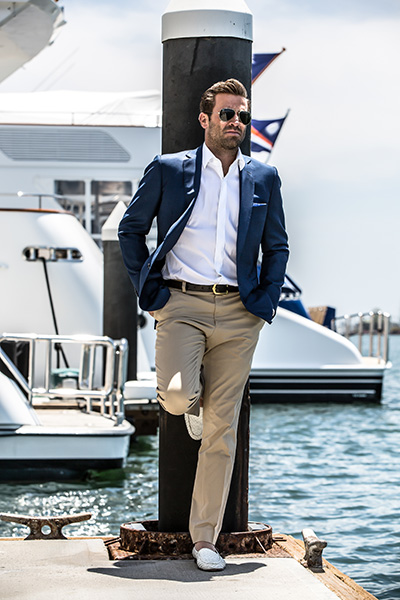 What’s the secret to finding that special someone?

You’ve got to find someone that you consider your best friend too–not just for looks or personality, it’s a mixture of everything. We support each other. I’m able to help her and vice versa. Nobody’s ever going to be perfect. My parents were married 42 years… they still like each other. You see so many different things in Orange County like older guys and younger girls… I still believe in [real love]. 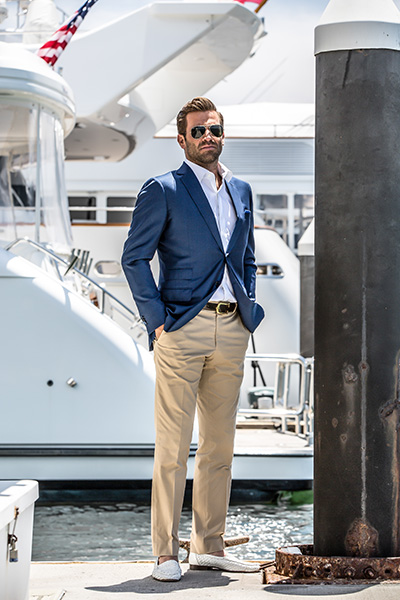 What are you up to now?

Initially, after rehab and all that kind of stuff, I was very confused about what I was going to do with my life. And I just had a real turning point about what it’s going to be. Northbound really took me under their wing; I’ve really grown with them. I do a lot of marketing, see client staff interacting, and I get new clients acclimated. I also love sharing my personal story with them.

How do you incorporate your background into your work with Northbound Treatment Center?

You know a big part of my life was that whole story because it was public so being able to share that with them has been very inspirational and motivational. If I got sober, then anybody can. It’s a blessing and there’s no straight line to how I got [here]. I surrendered, dropped the ego, and was willing to take guidance. It brought me to an amazing place that I never thought was possible… The work we do here is amazing. The company itself is healthy from the top down–our whole slogan is mission over margin. We’re here for the right reason: to change the perception that addiction is looked at from the public. It’s not a choice. There’s such a stigma against addiction…It doesn’t matter if you’re a billionaire or homeless or on skid row, if you have it, you suffer from it. I’m working on all these other projects as well, dedicated to Northbound, but I have the freedom to do other things. [Spreading awareness] is something I’m super passionate about and when you find that you obviously love it. 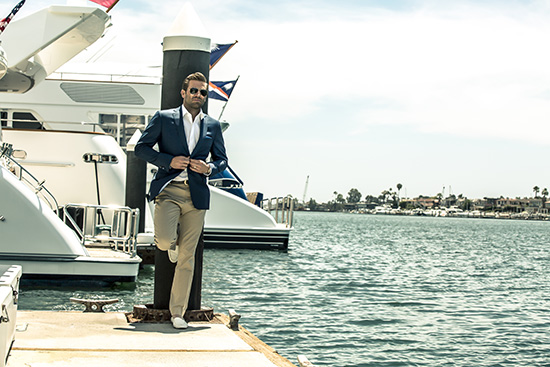 That’s amazing. It’s great to hear you’re doing so well. Aside from your work with Northbound, we want to get to know more about your personal side. What kind of music do you listen to?

I listen to anything from Led Zeppelin to Rolling stones to Eric Clapton. I’m more of a 50’s to 70’s kind of guy. I like Johnny Cash, Elvis Presley. There’s music out now that’s okay, but I like oldies better. 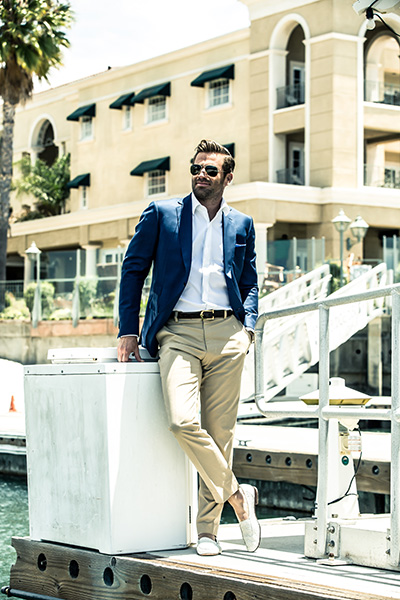 It was the Middle, but I’d have to say Modern Family.

I hate it when people wear their sunglasses inside. Admittedly, it happens sometimes but most of the time you end up looking like a douchebag.

Sundays where our families get together and everyone congregates to my parents’ house. We just hang out basically with the family and people we care about. Good waves, good beach, BBQ or something after laid back. It’s just family and good people you know; life’s too short. 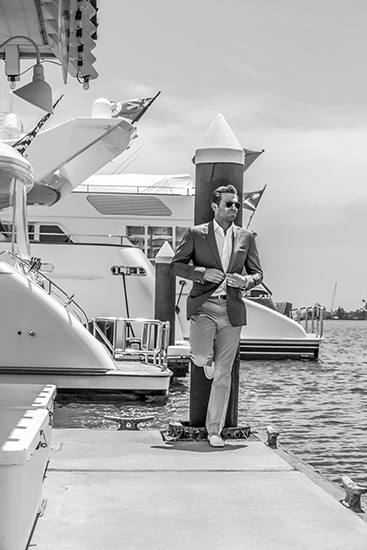