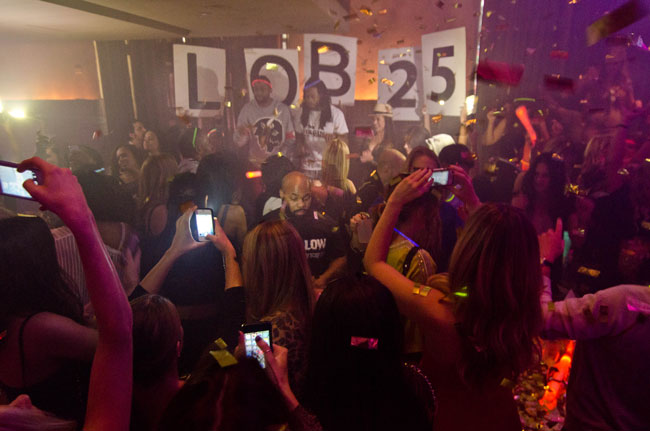 Newly crowned NFL champion Richard Sherman and Seattle Seahawks teammates continued their victory celebration at LAVO Party Brunch on Saturday afternoon. First fueling up on Lemon Ricotta Waffles, Eggs Benedict, Breakfast Pizza and White Polenta Pancakes, the brunch later transformed into a fully fledged party scene. As the sounds of DJ Lema pumped throughout the space, Sherman and teammates danced on top of their table and were surprised by a special bottle presentation. “LOB 25,” standing for legion of boom and Sherman’s jersey number, followed by a line of cocktail waitresses with flashing lights paraded toward the group. A confetti explosion completed the moment as the entire room cheered and congratulated them on their recent win. Pride of Britain Awards 2014 “A Night of Heroes”