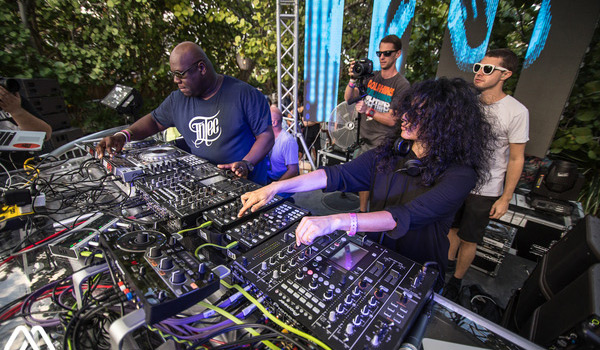 “Kommen Zusammen” first appeared on Carl’s acclaimed artist album ‘All Roads Lead To The Dancefloor’ and was also released again this year with an exclusive re-rub from Joseph Capriati as Intec Digital’s landmark 50th release. Nicole’s remix features all of her trademark production traits including trippy and twisted atmospheric sound effects all set to a pounding 4/4 beat which will no doubt garner support from techno’s DJ elite.

This remix comes after Nicole’s ‘One Day Later’ EP earlier this year and last year’s No.1 hit ‘Roar’, firmly cementing Nicole as a reliable producer with her own unique sound. It is no surprise that she has been nominated in this year’s DJ Awards, Ibiza’s Electronic Music Awards’ “Techno” category. Vote here (ends August 17).

This offering also marks Nicole’s fifth Intec Digital appearance and the latest in what’s now a long-standing working relationship between her and Carl. The duo have collaborated on various other studio projects, such as their recent ‘See You Next Tuesday’ EP, which was released on Nicole’s very own Mood Records earlier this year.

“Kommen Zusammen” (Nicole Moudaber Remix) is available on Beatport on August 18 and to the rest of the world two weeks later.

Additionally, Nicole’s well received ‘In the MOOD’ radio show with currently over 2.8 million listeners and broadcasting in 26 countries worldwide, is now being added to Evolution Radio in North America starting August 24. In The Mood was recently nominated in the Dance category for best publicly nominated radio shows in the Mixcloud Online Radio Awards 2014. For more information on Nicole Moudaber: