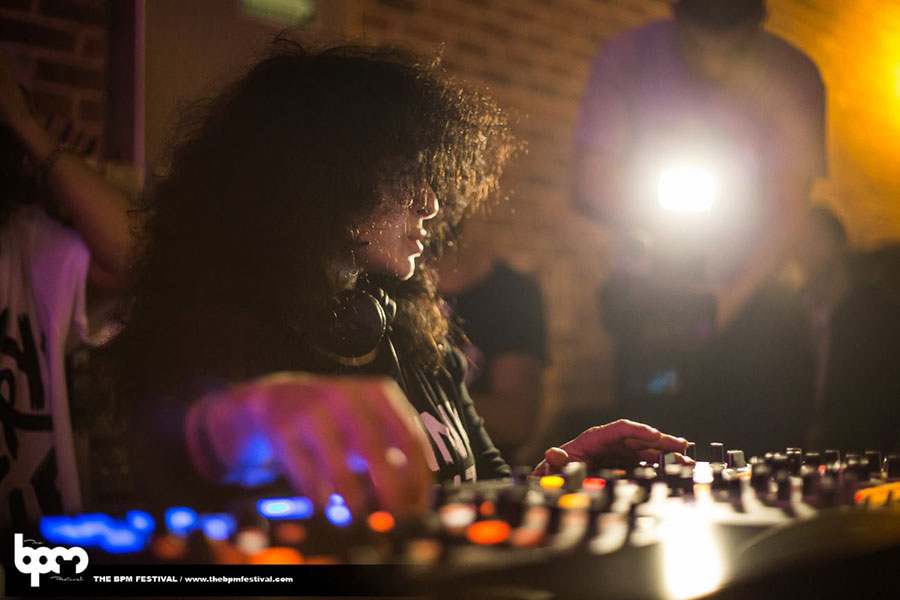 “Nicole is releasing a new EP via Carl Cox’s Intec label and boy is it a big one!” – Mixmag

“With her eyes covered in dark hair and only a subtle devilish smile visible from up close, Moudaber exudes a sinister and dark aura, one perfect for the sultry beats she is known for.” – Dancing Astronaut

“Whether it’s playing regular headline slots at Carl Cox’s weekly parties in Ibiza or running her own record label (MOOD Records), Nicole Moudaber is a talent force that is loud, proud and not going away any time soon.” – TheFuture.FM After a stellar year, Nicole Moudaber enters 2014 with a sublime EP on Carl Cox’s Intec Digital, following her impressive ‘In The MOOD’ showcase at The BPM Festival in Playa del Carmen, Mexico. Relive the sets from Tom Peters, Chris Liebing and Moudaber herself at BPM, now available on-demand at Be-At.TV.

Having started 2013 with her ‘Roar’ EP for the same label, Moudaber sets up 2014 with an equally impressive release for the techno monolith, Intec– and it’s already caught the critics’ ears. “This techno stomper packs both drive and energy in abundance,” said Mixmag of title track “One Day Later.” “It’s dark and brooding and would bring a warehouse party to its knees.” Meanwhile, “Parts Unknown” has a carnival flair, with a subtle rolling rhythm, intricate drum patterns and a chugging bass.

Moudaber has seen a remarkable year with the launch of her new label, MOOD Records, and host of high profile gigs across the globe including Music On, Space Ibiza, Time Warp and Tresor among others. To coincide with her achievements, Moudaber was nominated in the Techno category for the highly respected DJ Awards alongside peers such as Carl Craig, Richie Hawtin, and Sven Väth. Finally, to round off the year Nicole entered the Resident Advisor Top 100 poll for the first time. Moudaber will kick off her North American tour this February with dates in Miami, continuing through Montreal, Toronto, Brooklyn, and a highly coveted booking at The Coachella Valley Music and Arts Annual Festival. Be on the look out for exciting news and dates to be announced for Miami Music Week 2014.

Nicole Moudaber ‘One Day Later’ EP is out January 27 on Intec Digital.