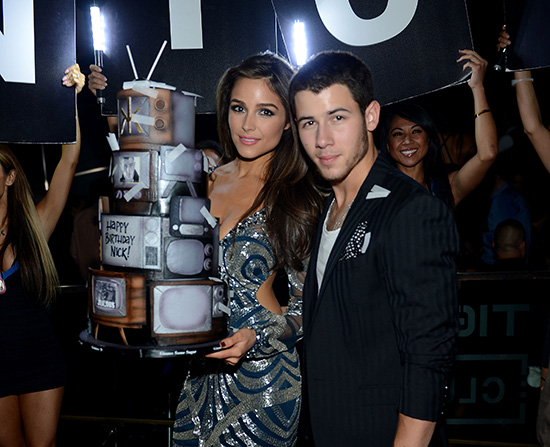 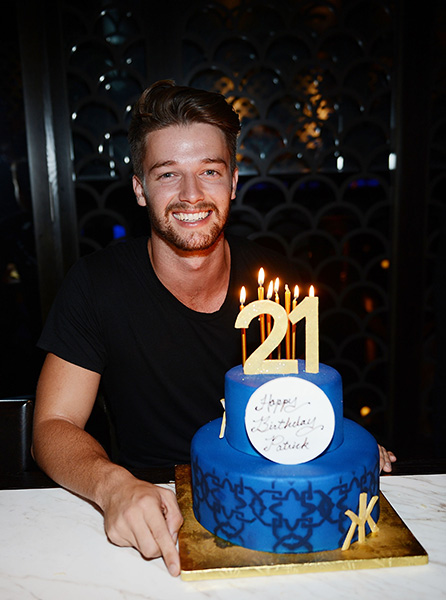 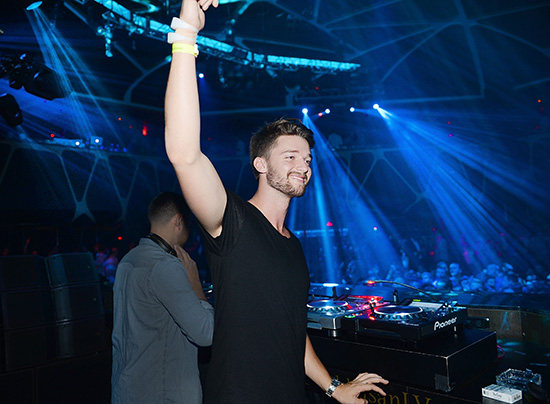 Schwarzenegger began his special evening alongside close friends as they took their seats in the private dining room of Hakkasan Restaurant just after 9 pm. The handsome young actor dined on a number of signature dishes and cocktails to kick off his pre-club meal. As his dinner came to a close, the restaurant presented Schwarzenegger with a two-tiered custom cake to celebrate the actor’s milestone birthday. The group paused for a moment to sing “Happy Birthday” to the star, as he made a wish and thanked his group for spending his special night out in Vegas with him. Ready to take his celebration to full party mode, the group made their way up to the fourth level of the complex and took a seat at their VIP table located on the main stage. Immediately getting the party started Schwarzenegger and his guests joined in a toast and began dancing to the beats of legendary DJ icon Tiësto. As the night continued, the young star hopped into the DJ booth and pretended to spin for the partygoers. As his friends nearby cheered him on he threw his hands in the air while he posed for pictures. The birthday celebration was a big success for the newly 21 year old as he danced and mingled with his friends all night long in true Vegas fashion. 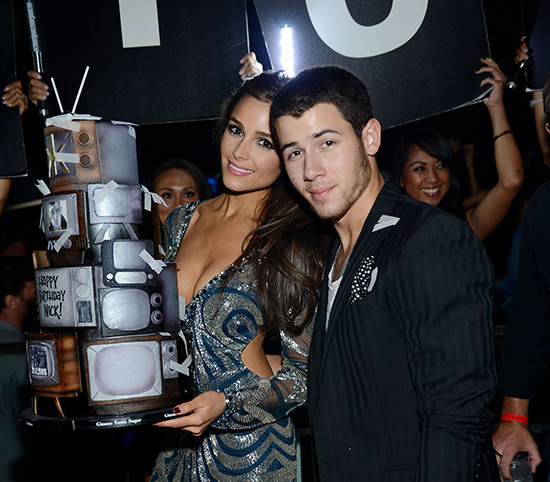 Just tables away, “Chains” singer Nick Jonas was also seen enjoying a night out as he celebrated his 22nd birthday with a group of close friends including gorgeous girlfriend Olivia Culpo. In town for the iHeart Radio Music Festival, the hunky singer turned model and actor made his way to the nighttime destination around 1 am and took a seat at his VIP table located in the main room. Filled with energy, the talented star took in the sights of the nightspot while he mingled with his friends. Later in the evening, Jonas was surprised with a stunning four-tiered cake presented by the former Miss Universe as a parade of Hakkasan’s beautiful cocktail waitresses arrived at his table. Spotted grinning from ear to ear, the talented star took a moment to check out the eye-catching “Jealous” music video inspired cake adorned with vintage TVs to pay tribute to the success of his recent single release. Overcome with excitement he hugged Culpo and while they posed for photos confetti filled the air and his friends cheered with excitement. 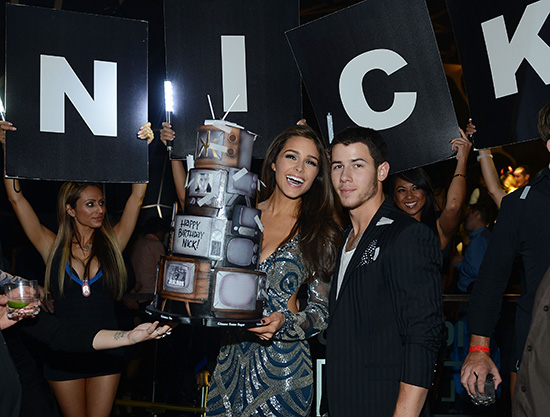 Also spotted at Hakkasan Nightclub was TV personality and fashion designer Whitney Port. In town celebrating a close friend’s bachelorette party the starlet was seen looking fashionable in a stunning leather skirt with a floral printed top as she danced the night away.