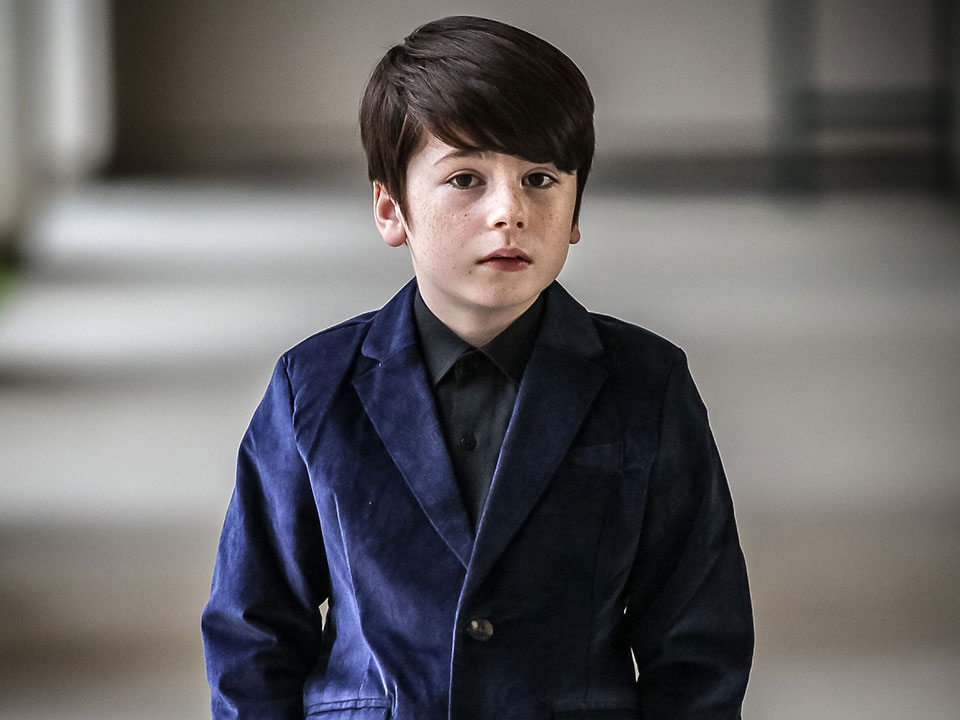 Hi Paxton, please tell us a little about yourself!

Hello! Well, I’m 8-years-old and born and raised in Southern California. When I’m not working, I’m usually riding my BMX bike, watching movies, hanging with friends or just chilling with a good book.

Who would you say is your biggest supporter?

My Mom and Dad for sure. Without them, none of this would be possible.

I started acting around 2 ½ years old. My parents said I could speak well at a young age so they thought auditioning for some commercials would be a good idea. I started booking a few here and there then I started getting really busy around 4-years-old and haven’t stopped since!

My very first job was a Thomas The Train commercial, and I had just turned 3-years-old. They had me push Thomas around a track and say “Choo Choo”. Basically I played for an hour or so while they filmed me!

What is the advice you have ever received in your career? Who gave it to you?

My Dad always says to ‘surround yourself with good people.’ I think that’s just good advice on life in general!

Now tell us about your latest project and role in Disney Channel’s new series “Coop & Cami Ask The World”?

Coop And Cami Ask The World has been such an awesome project to be a part of! It’s about a single mom and her four kids, and there is a neighbor who acts like her fifth child. They have an online show called “Would You Wrather” where they ask their followers for help with everyday issues or let them vote on which silly stunt they should do that day.

I play Ollie Wrather, he’s the youngest with absolutely no filter. He just says whatever he is thinking! Ollie is the unofficial “test pilot” for the online show, so I get to do a bunch of really rad stunts almost every episode.

What has been the best part about working with your talented Disney co-stars Ruby Rose Turner, Dakota Lotus, Albert Tsai, Olivia Sanabia and Rebecca Metz?

I gained a new family. We have all grown pretty close since shooting the pilot over a year ago. That really helps with on-screen chemistry. It’s easy to act like a family when you feel like one!

Doing my own stunts has been such an awesome experience for me. We have a great stunt coordinator that has been teaching us all of the tips and tricks to get the stunts done correctly and safely. It’s so much fun!

I’ve been in dozens of national commercials, and was a judge on season 2 of The Toy Box. I’ve also had some really cool co-star parts on several shows, but my favorite was Brooklyn Nine Nine. Working with Terry Crews and Andy Samberg was awesome.

What are 3 things you need on set?

Hand sanitizer, chapstick and my mom.

I like a lot of different kinds of music, like Panic At The Disco, Buddy Holly and Queen. But my favorite is 80’s hair metal like Motely Crue and Guns And Roses!

Evel Knievel so I can ask him what he was thinking when he thought those jumps were a good idea!

Riding my BMX bike with my dad, playing with my Hot Wheels collection and watching a movie and eating popcorn with my family.

What is something people don’t know about you?

I like to collect and wear all kinds of hats. Right now I’m into wearing Brixton hooligan style hats.

I’ll probably still be acting, collecting Hot Wheels and hopefully working on my own clothing line. If I’m super lucky I will have starred in a Tim Burton film!

Movie: The Nightmare Before Christmas