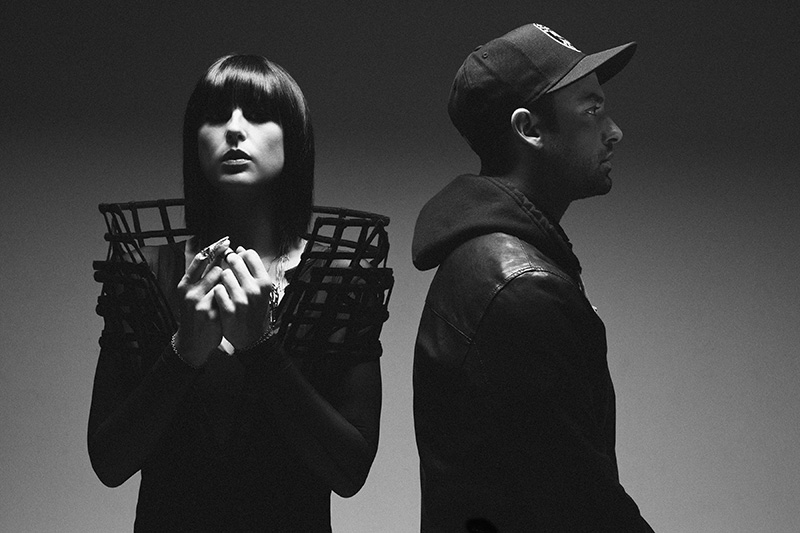 “FALL IN LOVE” VAULTS TO #1 ON HYPEMACHINE PHANTOGRAM have revealed yet another track from their highly-anticipated forthcoming album, VOICES [REPUBLIC RECORDS], available in stores and online February 18, 2014. Right now, listeners who pre-order the entire record will get an instant download of “Nothing But Trouble”, in addition to the already available download of the critically-acclaimed first single “Fall In Love”. Moreover, fans who have previously pre-ordered will receive a notification that “Nothing But Trouble” has been unlocked for them to download.

“Nothing But Trouble” allows fans further into the pair’s enigmatic and entrancing world. With expansive soundscapes, enticing vocals, and impressive instrumentation, it’s another irresistible sliver of their entire vision. This is sonic trouble well worth getting into.

VOICES is shaping up to be one of 2014’s biggest success stories as anticipation for the release continues to mount from tastemakers across the board. It’s recently made numerous 2014 preview lists.

Before the official radio adds date, “Fall In Love” enchanted radio gatekeepers and fans alike. Its effect proved so powerful that multiple stations in major markets added the song into early rotation, and “Fall In Love” recently hit the #1 position on the Spotify Viral Chart. It also launched to the top of Hype Machine as well securing the number one spot this week.

Right now, the song is being rapidly added into regular rotation by leading Alternative stations across North America, making it one of the most-added tracks at the format. It’s also turning out to be the group’s first traditional radio hit as it climbs multiple charts.

“When I premiered PHANTOGRAM’s ‘Fall In Love’, I was absolutely bombarded with calls. Haven’t seen feedback like that since I tested ‘Royals’.”

“Fall In Love” can be heard here

PHANTOGRAM will also be performing on the West Coast during the week of the record’s release, making the following stops:

Recorded in Los Angeles with co-producer John Hill (Santigold, MIA), VOICES follows up the group’s celebrated self-titled EP, which spawned the track “Black Out Days”. PHANTOGRAM’s full-length debut Eyelid Movies [2010, Barsuk] and Nightlife EP [2011, Barsuk] established them as one of music’s most intriguing indie outfits. Soon, the likes of The Flaming Lips and Big Boi [Outkast] began seeking them out for studio collaborations. Republic Records also recognized their spirit and joined forces with them in 2013.

PHANTOGRAM have landed, and their VOICES will be heard.