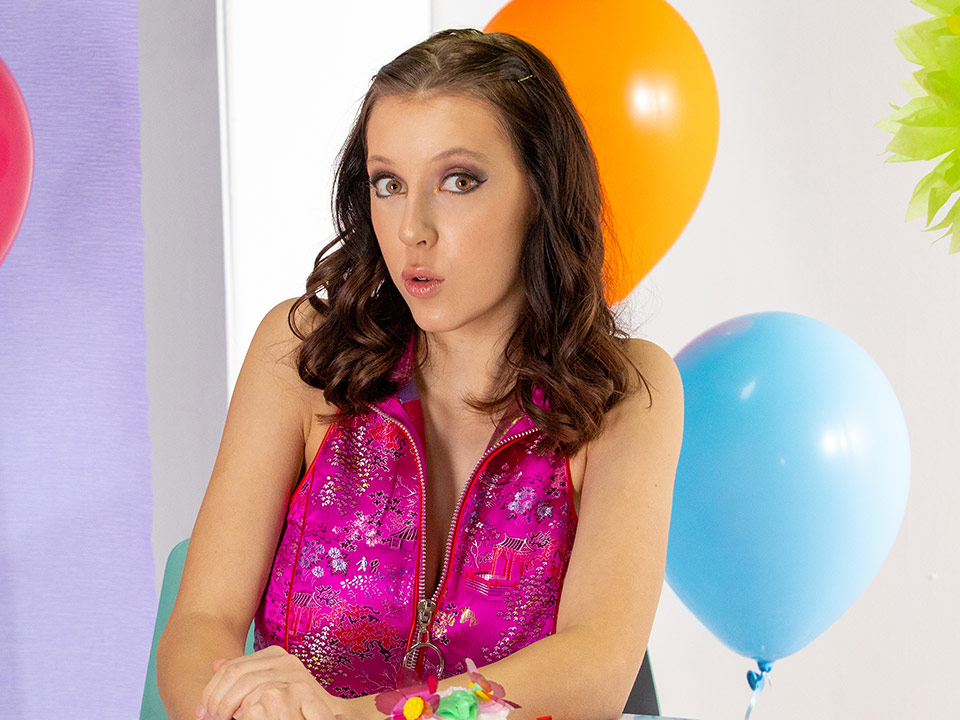 Piper Madison, Actress/Singer/Songwriter who’s best known for her work on Nickelodeon’s 100 Things to do Before High School. Her new single “Pumpkin Pie” was just released on iTunes to rave reviews. Piper has also released the single “Shots Fired” which inspired by the commonality of gun violence in the media. A portion of the proceeds from iTunes downloads will go to The Brady Campaign.

I wake up at around 8 and make breakfast. I take my breakfasts very seriously because I consider myself an avid foodie. Usually it will consist of fruit, nuts, and granola, unless I’m in more of an avocado toast/fried egg mood. Then I’ll go to the studio and start working. Sometimes we will have an instrument session planned or be recording vocals and sometimes I will just be putting together the parts to finalize a track. When it’s time for lunch, I often eat something along the lines of a veggie burger or cauliflower pizza. Then I get back to work. In the afternoons, I usually play tennis or go the gym for a workout. My days can get kind of crazy with last-minute auditions, events, photo shoots and filming, so some days are different and busier than others.

My parents are my biggest supporters and I am so grateful for them.

When I was about seven, I told my parents I wanted to be an actor. Soon after, I signed with a local talent agency in my hometown of Louisville, Kentucky. About a year later, my sister and I met a casting director from LA who happened to be in Kentucky for a showcase. She invited us to an acting camp in Los Angeles, we ended up signing with an LA agent and started going on auditions for commercials and television shows.

My first acting role was a music video for Stu Pollard. The theme of the video was “Unconditional Love,” so I got to bring my dogs and play with them all day.

I have taken acting classes since I moved here and continue to do so. I think they are so important if you are looking to improve your craft, which is something actors should be doing consistently.

My favorite part of being an actress is being on set: the thrill of being in a scene, completely committed to the character; being surrounded by others with the same passion for acting as you; and visiting craft services for lunch and snacks! The toughest part of being an actress is dealing with rejection. You could have a hundred auditions before booking one, but that’s just a part of the business. Not every role is right for everybody, so you learn to just go into the audition, do your best, and then move on to the next one.

A lot of my friends are friends I have made on set and a lot of my favorite memories have been made on set or in acting class. I consider my acting life a part of my personal life, so I never feel like there’s a lack of balance.

Be yourself. Casting directors, producers, or whoever is auditioning you generally want you to succeed. They are hoping you’re the one who is right for this part, and so they want you to do well just as much as you do. But they don’t want to see exactly what they have been seeing all day. So don’t try to give them what you think they want. Instead, give them what you would want to see. If you are yourself, you will be automatically different and will stand out, because no one else is exactly like you.

I start by studying the information I am given about the character: understanding her background, family life, storyline, etc. Then, I’ll look at my sides to understand the circumstances of the story. I’ll practice over and over, out loud and to myself, to start memorizing my lines.

Now tell us about your work on Nickelodeon’s “100 Things to do Before High School?”

I played “Zelphaba,” the best friend (who may or may not also be a WITCH!) of the show’s lead character “CJ.” That was my first big role on a major network. It was such an amazing experience and I met so many wonderful people and am still friends with many of them.

You can catch me on a National Domino’s commercial right now! I also have a short film coming out called “Afterthoughts.” I’ve done many commercials, short films and web series. I am also a singer on the “Trolls Holiday” soundtrack.

I like going out of my comfort zone and playing roles different from myself in real life. For example, I enjoy playing the super intense badass, or the grunge girl with the “don’t care” attitude. Or the super energetic, unicorn-loving girl next door… oh wait, that is me.

My most challenging role was for the film “Afterthoughts”. It was an intense role that I had never played before. That was also one of my favorites.

And now in the music side tell us about your single “Pumpkin Pie?”

I wrote “Pumpkin Pie” about a relationship that fell apart because both of the people involved knew it was over, but didn’t quite want to acknowledge it. The pie burning in the oven represents the crumbling relationship. Throughout the song, the couple ignores the pie as it burns, and they don’t dare open the oven because they love each other too much to admit that they aren’t in love anymore. “It becomes a prison but I wouldn’t trade it for all the freedom in the world.” The smell of burning sweetness fills the kitchen, but they carry on, pretending everything is fine.

Do you write your songs?

I have written all of my songs, so far.

On February 5th, I will be releasing “Hard Feelings,” the lead single from my upcoming album. The song is available for pre-order now on ITunes. The album is set to drop mid-April. Throughout the year I will be posting on all my social medias about upcoming performances!

I have so many favorite actors and actresses, including Timothee Chalamet, Eliza Taylor, Dwayne Johnson, and Jennifer Lawrence. I admire them (and many more) because whenever I’m watching them, I forget they’re actors. The best acting is when you can’t tell they’re acting. It feels like they really become the characters, and I learn so much by watching them.

My phone (because I am always listening to music), Chap Stick, and a jacket (because I’m always cold).

I listen to just about everything, from rock to RnB to Country. Some of my favorite artists are Paramore, Grace Potter, Weezer, Cage The Elephant, Hozier, Sia, Frazey Ford, and Amy Winehouse.

Wake up around 9 am, make a healthy breakfast like a yogurt parfait, an acai bowl, a breakfast burrito, or maybe buckwheat pancakes. Then get dressed, go to hot yoga or play tennis. Get lunch with the fam. Go to the studio and record some vocals or finish up a track. That sounds like a perfect Sunday.

I’m a sucker for sweets: macaroons, cookies, peppermint bark… anything with chocolate.

I have no idea where my path will lead me in five years, but my overall goal for the next few years is to be able to support myself by doing what I love, and to have developed a substantial platform through which to share my journey and my art. I would also like to be cast as a lead on a TV show, go on tour, release several albums, and win a Grammy.

I support animal rescue organizations like The Rescue Train and Homes Fur All. and am a supporter of GWEN, the “Global Women’s Empowerment Network.” Also, proceeds from the streaming and downloads of my song “Shots Fired” are being donated to “The Brady Campaign” to help prevent gun violence.

Quote: You can’t have a rainbow without a little rain.

Holiday Destination: Hawaii! I haven’t been yet, but it’s on my travel bucket list.

Celebrity Crush: There’s this Australian musician I discovered on Instagram I kinda’ have a huge crush on named Eddie Benjamin. @eddiebenjamin if you’re reading this… sup.

Sports Team: I mostly watch tennis, so… the Williams sisters?