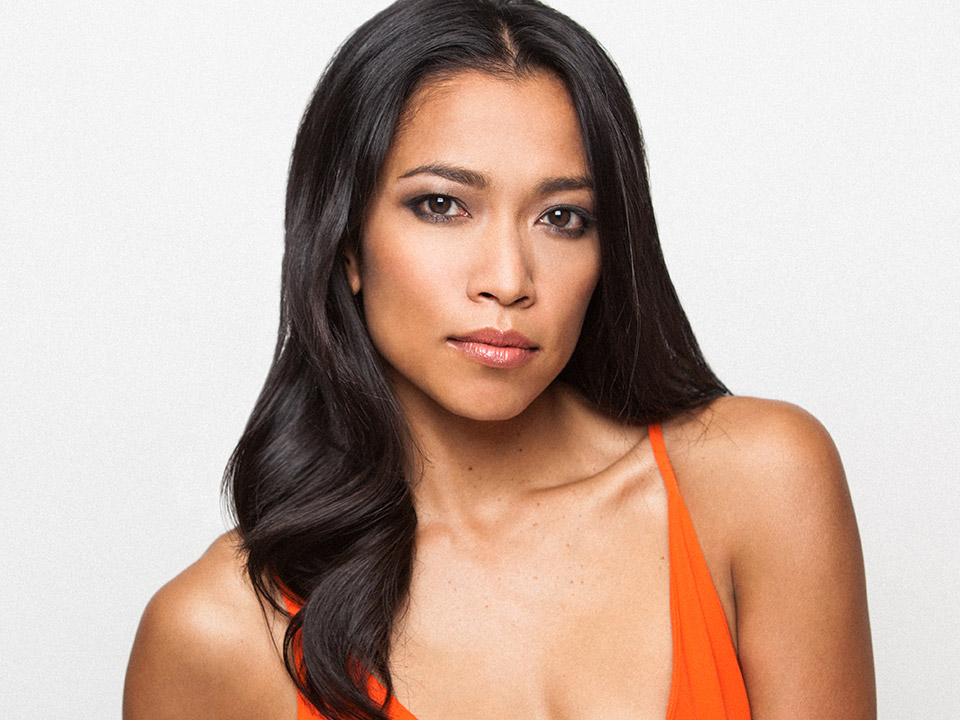 Z Nation begins three years into a virus-caused zombie apocalypse, which has already killed most humans. A group must transport Murphy, the only known immune survivor, from New York to the world’s last known functioning research lab in California. His blood contains antibodies that are mankind’s last and best hope for a vaccine. However, Murphy harbors a dark secret that threatens them all. Pisay plays Cassandra, a young woman who joins the group after being found at a rendezvous station near Philadelphia and is secretive about her past. Z Nation will air it’s second season this fall on Syfy.

Pisay was born in a refugee camp in Thailand. Her parents escaped the civil war in Cambodia and she moved to Seattle, Washington at the age of two. Pisay loved the arts and began painting, drawing, dancing, and performing at a young age. When she reached her teen years her parents pushed her to excel academically. She obliged and earned a scholarship to attend the University of Washington. However after a year she found herself completely unhappy and instead decided to pursue a career in fashion, all the while continuing to dabble in the performing arts. When she graduated from design school she met a model/actress who would eventually introduce Pisay to her future agent. She booked her first national commercial within months of joining her first agency and continued to book more local commercials, and movies before making her move to Los Angeles.

In addition to acting, Pisay is passionate about women’s rights, fashion styling, cooking, living a healthy life with diet and exercise and taking care of the environment. She also adores children’s books and hopes to write a few in the near future.

Hi Pisay, please tell us a little about you?

My parents are Cambodian but I was born in a Thai Refugee camp. I came to the US when I was two and lived in Seattle, Washington most of my life.

When did you first get into acting?

I first got into acting in middle school. I did two musicals and I was hooked. Then after college I met an agent who got me into commercials and I slowly moved into TV and film.

That is so hard to say! I do not want to jinx it but I do admire Jennifer Lawrence, Cate Blanchett, and Michael Fassbender.

I think Meryl Streep and Daniel Day Lewis is probably on the top of everyone’s list. The way they are able to transform themselves into each role they play is unbelievable.

Be clear about what you truly want and go for it!

What would you be if you were not famous?

Well, I do not consider myself famous but if I was not an actress, I would love to own a restaurant, write children’s books and be a mom.

Tell us about your character Cassandra in Syfy’s Z Nation?

Cassandra is a woman with a very dark past, so she is very mysterious and protective of herself. She does not say much but I think people can tell that she has been through a lot and is a fighter.

I honestly do not know! I do not think most actors really do. There are so many factors and things happening behind the scenes that we do not control. All I truly know is that I sent in a tape for the audition and then I went for the callback. I then sent in another tape when I heard that they did not think I was maybe sexy enough for the role. A few weeks later I got a call saying I got it and was stunned.

Good food, family/friends and a safe place to call home.

Grimm, Gotham, and Once Upon a Time.

Not at the moment, but I would love to be involved in something protecting young girls around the world from abuse.

I love to cook, be around nature, and almost any kind of arts and crafts.

The Matrix! I love the concept that we might all be living in a dream.

It is very important because it is the easiest and fastest way for me to connect with my fans.

Favorite Movie: Dirty Dancing! “nobody puts baby in a corner”