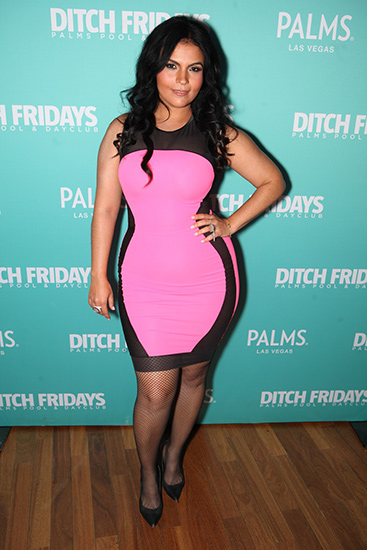 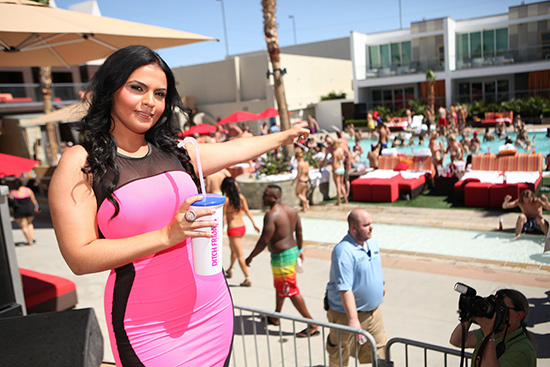 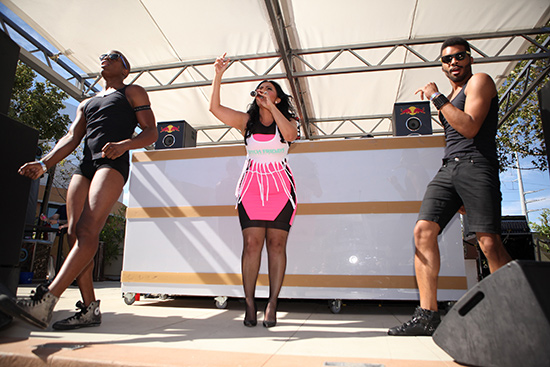 “This is so awesome, how exactly does this work,” the performer was overheard saying. “Do people actually still have energy to still go to a club after this? When do they sleep?” 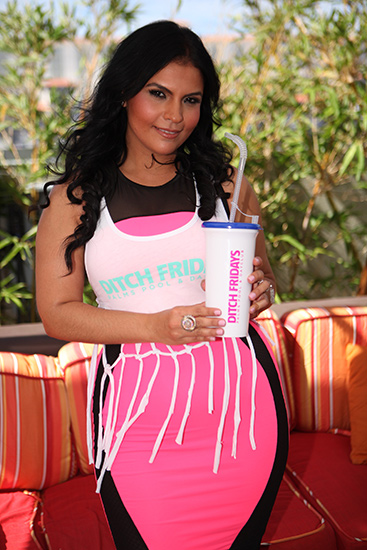 The enthusiastic singer was all smiles when she was presented a Ditch Fridays tanktop as a souvenir. Vassy requested a pair of scissors and alongside two friends, cut the tanktop to unveil a flirty fringed halter top, which she placed over her dress before taking center stage to perform her new single, “Hustlin’.” She later threw the tanktop into the crowd to reveling poolgoers.

The crowd went wild and raced to the stage as the Australian artist serenaded the crowd with “Bad,” alongside two male performers who ripped their shirts off while performing a sultry dance routine around the singer.

Spotted enjoying the show at a VIP cabana, was Monyetta Shaw, ex fiancée of Las Vegas native, Ne-Yo. Shaw who is in town celebrating her 34th birthday with friends and family, will appear on a new VH1 reality TV show, “Atlanta Exes,” premiering in August. 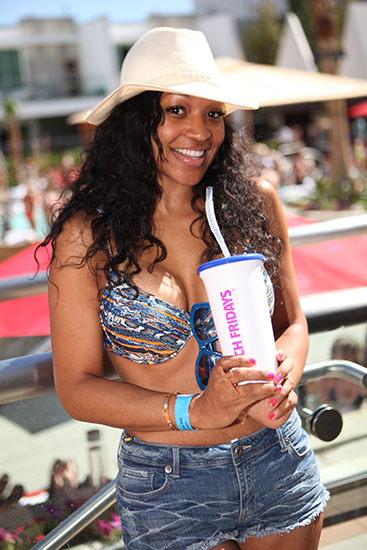