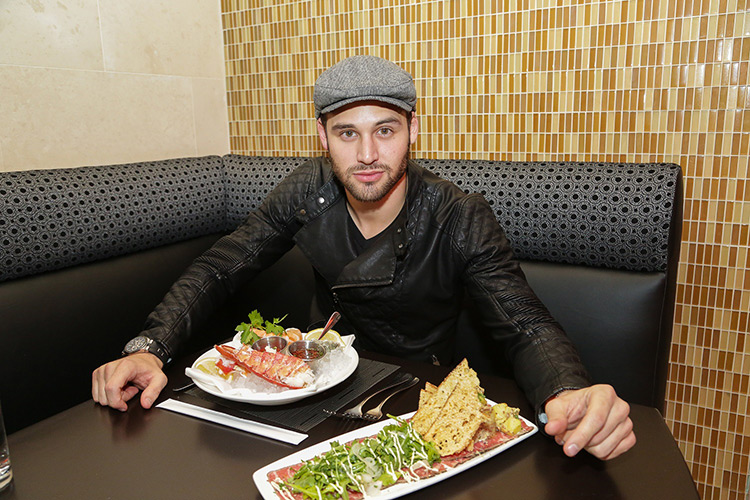 Guzman chatted away with the restaurant’s executive chef, Barry S. Dakake, who later took the actor on a tour of the kitchen.  After Guzman informed Chef Barry that he was a big New York Yankees fan, Dakake pointed out a few Yankees players who had signed his celebrity “Shakedown Door,” before Guzman himself happily signed it.

Guzman just wrapped shooting “The Boy Next Door,” where he portrays a teenage boy who has an affair with a divorced neighborhood woman played by actress, Jennifer Lopez.