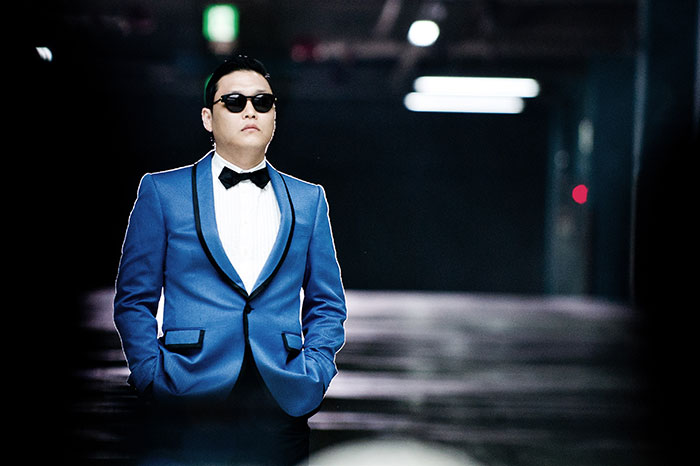 Not only is his raucous music video for “Gentleman” YouTube’s “Most-Viewed” video of 2013, but it also just surpassed 600 million views this week. It’s yet another achievement for the multi-platinum global pop icon and makes for a fitting conclusion to an explosive 2013.

This milestone also means that “Gentleman” ranks at #7 on the list of YouTube’s all-time most viewed videos list. Known for boisterous and bombastic clips, PSY raised the bar yet again here with larger-than-life action that’s both uproarious and unforgettable.

Moreover, in the year-end issue of Billboard, the artist garners an astounding six number ones. Plus, YouTube just chose the video for “Gentleman” as its “Top Trending Music Video for 2013”, adding to the list of accolades it has already garnered.

In addition, he’s finding new ways to continually push the envelope and smash boundaries. From December 20 until December 24, he’ll perform five hometown concerts in Seoul, Korea over the course of five days. It’s the opportunity of a lifetime for fans to spend multiple nights partying with the “Gentleman”. Tickets go on sale Wednesday October 30 for what’s bound to be a legendary multi-evening stand.

Upon it’s highly-anticipated debut, “Gentleman” set the record for “most views” in a 24-hour period with a staggering 38 million views. Since is recent release, the video has reached over 572 million views and 2.5 million Facebook “likes.” Given his chart-topping history, raising the bar has become synonymous with his name.

PSY’s music video for “Gangnam Style” is the first clip ever to reach 1 billion views on YouTube/VEVO. It also holds the Guinness World Record for “most-viewed” on the site, setting and holding the record in 2012. It’s the “most-liked” video on the hub with over 7.3 million “Likes”. The video shows no signs of stopping still. Views range between 7 and 10 million daily for “Gangnam Style”, and countless clips fan-generated have popped up generating their own plethora of eyeballs. Right now, the iconic viral video currently has over 1.8 billion views.

PSY is preparing for 2014 right now as he continues readying his official full-length debut for the U.S.