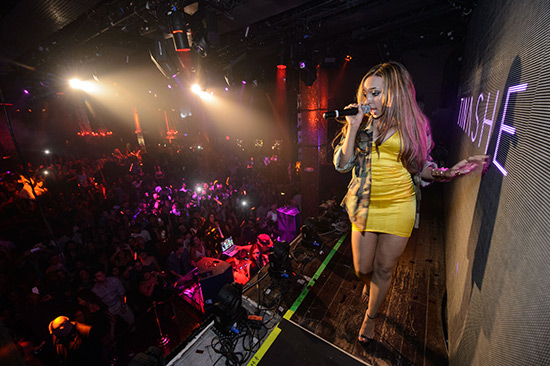 R&B songstress Tinashe was spotted at TAO Beach on Thursday afternoon. As she made her way into the party she was seen chatting and taking photos with several fans. While at the daytime hot spot, the singer uploaded a video to her Instagram account of her dancing from the venue’s grand cabana overlooking the entire poolside party. 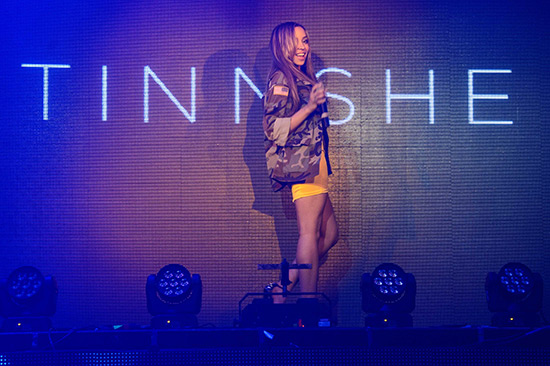 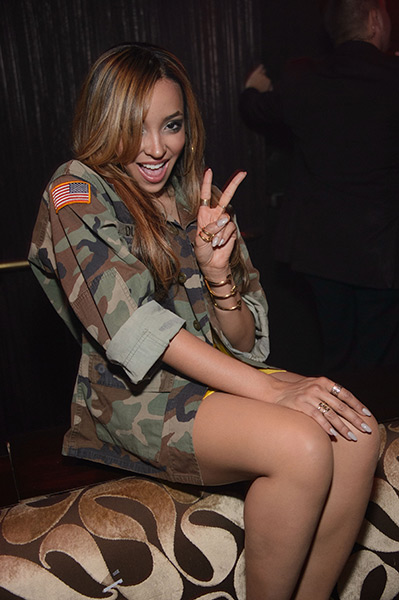 That evening after walking the red carpet in a yellow dress paired with a camouflage print jacket, the singer fueled up for her night ahead with dinner at TAO Asian Bistro. While on the red carpet, Tinashe revealed that her new album will be dropping in October. At dinner she was joined by a group of friends as they all enjoyed signature dishes from the Asian kitchen, including the Wasabi Crusted Filet Mignon which Tinashe was sure to mention how much she loved. 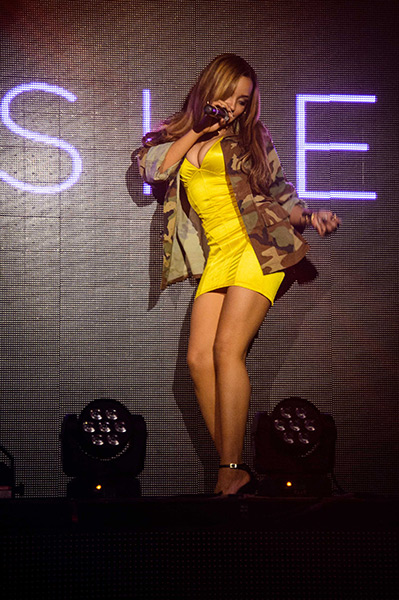 Following dinner, Tinashe and her friends moved upstairs to TAO Nightclub where the she hosted the latest installment of Worship Thursdays. Shortly after arriving and taking over a VIP table on the dance floor situated next to the DJ booth, the singer made her way up to the stage to perform a few of her hits. The crowd favorite during her performance was her ever-growing hit and current single “2 On,” which the excited packed house cheered and sang along to. After her performance she returned to her table where she took photos with fans throughout the night and enjoyed the sounds of DJ Five. Around 2am, she joined Five in the DJ booth to surprise party-goers with an impromptu encore performance of “2 On.” 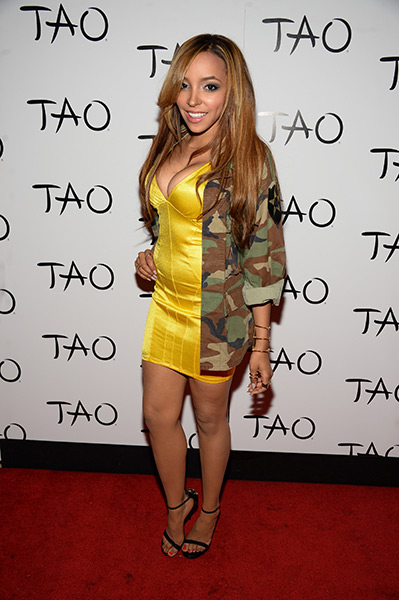