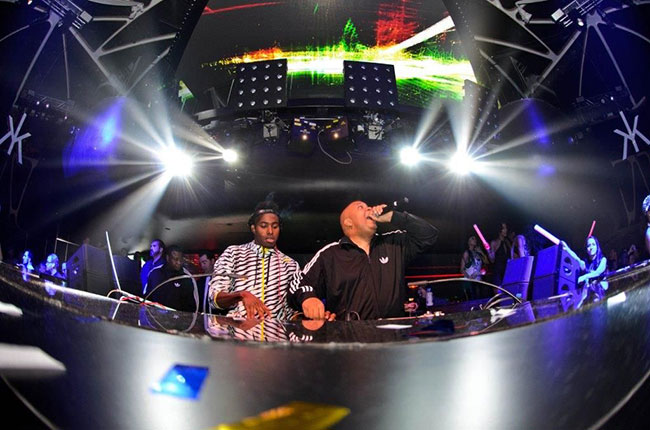 Arriving just after 12:30 a.m., Ruckus started his set, while Rev Run took in the sights of the nightspot at their VIP table located on the main stage. Around 1:00 a.m., Rev Run took his turn in the DJ booth as he hopped on the mic. Wearing his signature tracksuit, Rev Run performed a crowd-pleasing set, bringing the thousands of clubgoers to their feet. With Rev Run taking everyone back to the 80’s and 90’s, guests sang and danced to the star’s classic hip-hop hits including “It’s Tricky,” “King of Rock” and “Run’s House.” Near the end of the set, confetti burst into the air, decorating both the DJ booth and the clubgoers spread throughout the main room. The nightclub’s dancers, whose 80’s workout-themed costumes enhanced the beats from Rev Run and Ruckus, kept the crowd going until the early hours of the morning. Marc Friedland prepares the most glamorous envelopes in history for the...