Drew Ressler aka Rukes is considered the #1 DJ photographer in the world (named #1 in the “Greatest Music Photographers Right Now” poll by Complex). With natural talent and a lot of practice, he’s been lucky enough to photograph the biggest EDM artists, events and festivals around the globe!

He’s come a long way since his first foray into DJ and event photography in late 2003. After moving to LA and tagging along with DJ’s for gigs at Avalon Hollywood, he began honing his skills and upgrading his equipment throughout 2004-2005. In 2006 he quit his “real job” in the gaming industry to focus on photography full time, working for Avalon, Giant and Insomniac for the next few years in Los Angeles. All that hard work paid off when he landed his first tour with Deadmau5 in 2009, traveling all over the globe with him. From that point on, Rukes hasn’t slowed down and can now be found jetting around the world on any given day with Avicii, Swedish House Mafia, Skrillex or the next big musician!

When not on tour with DJ’s he can be found photographing massive events including Electric Daisy Carnival, Holy Ship! and Stereosonic in Australia, keeping Rukes constantly on the move! 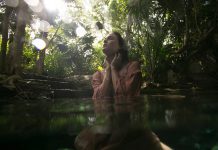