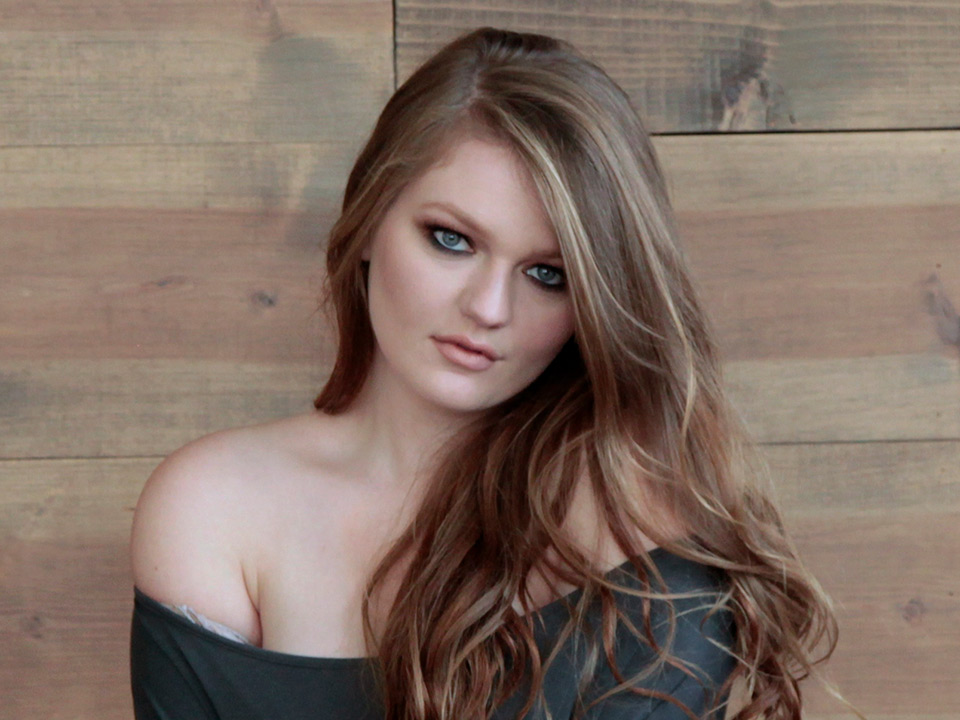 Our interview with talented singer/songwriter Kathryn Dean’s who’s captivating vocals will catch your attention, but it’s her storytelling lyrics that will get you hooked. Eager to share her message and spread her wisdom, power, and strength, Kathryn has spent the last year touring with notable names like Anna Nalick, Howie Day, and John Waite. This summer, she will continue sharing her music across the country on tour with American Idol’s David Cook.

While on tour, Kathryn has been featured in and performed for outlets like Billboard Magazine Live, iHeartRadio, The Examiner, and Cosmopolitan Magazine. Between shows highlighting her stunning vocals on each coast and throughout the Midwest, Kathryn was even able to perform at a NASCAR summer rally.

Hi Kathryn, please tell us a little about you.

I am a 21-year old singer, songwriter, and performer, originally from San Diego but based in Los Angeles, CA. I believe in the power of music to connect people and help them process or temporarily escape what is happening in their life. It is my hope that my music will be as cathartic for my fans to listen to as it is for me to write.

Music has always been a huge part of who I am and has always been what I love most. I have had many amazing coaches along the way but the two responsible for what you see and hear in my show and on my new record are Gary Catona and Steven Memel. I had heard that Gary’s vocal technique was revolutionary (Whitney Houston, Seal, and Steven Tyler), but I had no idea how huge of an impact even the first lesson would have on the power and durability of my voice. Steven (Adam Levine, Halsey) is responsible for all of my movement on stage. What is great about his process is that he does not push you out of your comfort zone but rather greatly expands it.

Do you have any music influences?

I am constantly striving to improve as a singer, songwriter, and performer. I feel you fail yourself when you believe that you have reached the limits of your potential. I am very much enjoying opening for such established acts and I have learned so much from every tour and I hope to take that knowledge to my own headlining tour in the future.

Tell us about your latest single “Bad Girls Make The News”. Where did the name came from?

This song is inspired by the Laura Thatcher Ulrich quote, “Well behaved women seldom make history,”. Being a “bad girl” is not about disregarding morals, but rather about ignoring and breaking away from the confines of what other people view as a “good” fill in the blank (significant other, daughter, etc.). It is also about questioning anything that does not seem right to or by you, even if it is “what is always done”.

Define your album in 3 words.

Now tell us about the tour you are doing with David Cook.

We just finished the first leg of the 40 city tour, which took us everywhere from Chicago to New York City, down to Atlanta, and then most recently to Nashville. The next leg of our tour—beginning on August 16th—will include more venues in the south as well as in much of the western region of the United States. We have absolutely loved being on tour with David and his incredible band and crew. David is wildly talented and puts on a fantastic show. He is also very gracious to his fans (and supportive of his opening act!).

My family/friends/team, my warm-up playlist, Propel water, my Sephora makeup collection, and the Voice Memos app on my phone where I record all of my songwriting ideas.

I love anything that is intellectually stimulating, whether that is watching game shows, reading, or trying to figure out who the killer is before the detectives do while watching crime shows. My most recent obsession (which my whole family is hooked on) is doing Escape Rooms. You are locked in a room for sixty minutes and using clues and keys in the room, you have to “Sherlock Holmes” your way out.

Yes, I just released a lyric video for “Bad Girls Make The News”. It can be found on my YouTube channel and on Facebook – both KathrynDeanOfficial.

I do. I support the charity Pets for Vets, which brings shelter animals and military veterans together for mutual healing. I also recently wrote a song for Sing Me a Story, which is an organization that has songwriters write songs for children in hospitals, foster care, and other trying situations based on the stories the children write. In order to download one of these songs people are encouraged to make a donation which goes to the child’s affiliated organization.

Given how much I travel while on tour, my perfect Sunday is spent back home with my family. We love to float in the pool while listening to music, see movies, and debrief on our lives and the world.

As I mentioned above, I love watching crime shows, game shows and anything involving human behavior. My current favorites are Criminal Minds, Bull, The Chase, and Jeopardy.

The best advice I have ever received came from my father who told me that if I am the smartest person in the room, I need to find a new room.

I have mixed feelings about social media. On the one hand, I love that it allows me to connect with my fans and share parts of my life with them. On the other hand, I think we have a tendency to be so focused on capturing incredible moments so that we can share them with others, that we do not truly experience those moments. There is a lyric in one of my soon-to-be-released songs, “Bright Eyed & Young (Lights Up)” – co-written with Joshua Bartholomew and Lisa Harriton – that I feel captures this dilemma. It is, “Was I even there? Must memories always be shared? Trying to paint a life that’s truly mine.”

On Facebook, Instagram, and YouTube, I am KathrynDeanOfficial. On Twitter and Snapchat, I am RealKathrynDean. My website, where you can find my upcoming show dates and samples of the new music is ryndean.com. While checking out my website, you can also join The Dean’s List, which alerts fans to upcoming shows in their area and the release of new music or videos.

Song: “After The Storm” by Mumford & Sons