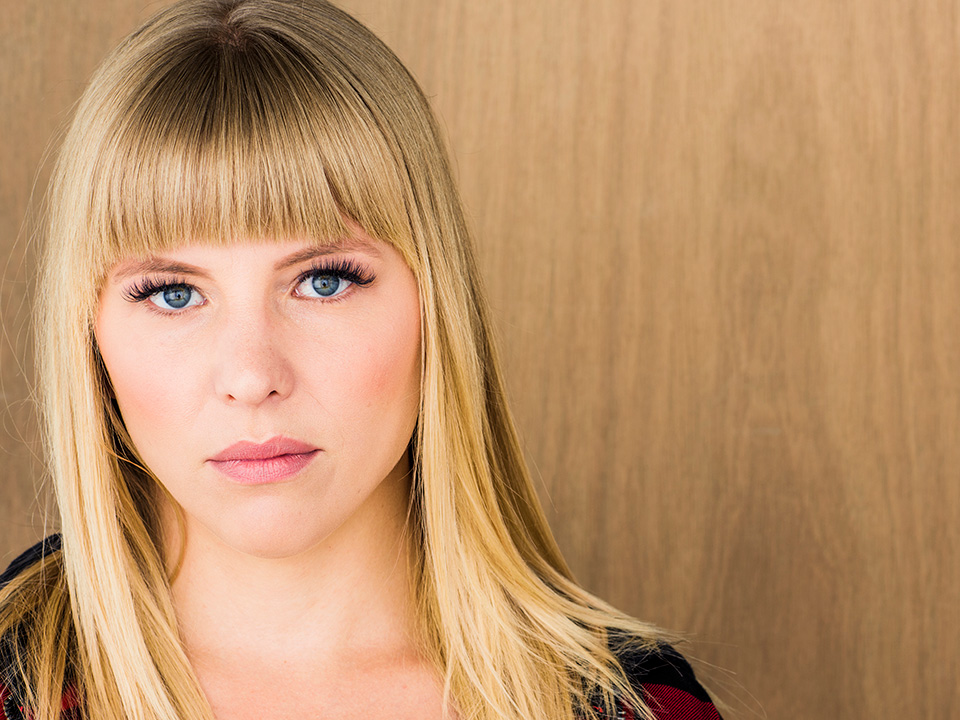 Our interview with talented actress Sara Coates, who can be seen in the indie film “Lane 1974” premiering at SXSW.

’Lane 1974′ follows the story of 13-year old Lane whose life is uprooted when her mother forces their family to leave the security and safety of the North Carolina commune where she grew up. Her mother insists on living off the grid where Lane and her siblings scrounge for food and occasionally attend school. After a series of dangerous and isolating events, Lane sets out on a 600-mile journey alone in search of the “normal” life she has always imagined. Sara plays Clarise, one of the only people in the film that gives Lane’s mother, Hallelujah, a chance.

Sara is most widely recognized for her recurring role in Syfy’s “Z Nation”. Sara plays Serena, also known as “Pie Girl”, who has a fling with Murphy and becomes pregnant. After giving birth to their child, zombies surround them. Serena makes the ultimate sacrifice by drawing the zombies away from their child and becomes turned when they eventually overpower her.

Sara’s additional credits include the Sundance hit “Laggies” with Keira Knightley, “Rocketmen”, the indie film “Newly Single” and the “Resident Evil: Biohazard” video game as the voice of Marguerite Baker.

Hi Sara! Please tell us a little about yourself. How did you get started in acting?

I basically just wanted every job Barbie had. She could change her clothes and be anyone she wanted to be. I’ve always had the desire to explore other peoples’ lives. At a young age I didn’t know what that was: the need to explore emotion. Deciding to finally study drama was terrifying, but also exhilarating.

Did your family support your decision to become an actress originally?

My family always showed up to my plays and performances to support me. My dad would fall asleep and I’d hear my mom in the audience wake my dad up by saying, “PAT! SHE’S ON!”

I like to read the script on my feet and move around in the words. I also keep a notebook for character inspiration. And I do good old-fashioned research. When my character gave birth to a zombie hybrid baby in “Z Nation”, I spent a lot of time researching and watching birthing videos. I even watched some animal birthing videos since my character’s baby wasn’t exactly human. But for me the real work is with the other actors in the moment.

Tell us about you recent indie film “Lane 1974” and about your role as Clarise?

It was such a beautiful experience. I ate so many oysters and met so many amazing people. “Lane 1974” is based on Clane Hayward’s memoir The Hypocrisy of Disco. We stayed in an actual commune in Northern California and saw the real life workings of communal living, which blew my mind. Being from Seattle and living in LA, it’s FAR from my reality.

The director and writer SJ Chiro was a fountain of knowledge. Having grown up in similar ways to the characters in the book, she shared her home and family with us, which provided a huge contribution to my performance.

My character is one of the only adults in the film that gives Hallelujah (Katherine Moenning’s character) a chance. She is not perfect but she loves her children fiercely, and believes she is doing well by them. In a way, she is the opposite of Hallelujah. What was new for me was stripping away my comforts. There was little makeup and I was asked not to shower or brush my hair so I could truly become the “earth mother” that Clarise is.

And can you tell us about your work on Syfy’s “Z Nation”?

I play Serena, aka Piegirl. She’s a unique spirit who gets what she wants. She’s the woman who made pie in the apocalypse. I LOVE working on “Z Nation”. The cast and crew are so fun and so freaking talented. When I go back to set it’s like going to camp with your best friends… if camp included zombie killing!

What was your favorite part of working on “Z Nation”?

I love the diverse, badass women on this show. It’s inspiring. From the cast, to the crew, the writers, and the directors. Karl Schaefer has assembled the best of the best. I’m also a HUGE Battlestar Galactica fan and to be on a show that is also on Syfy Network is really incredible. So Say We All.

I’m drawn to quirky and unique characters. Strong woman who don’t need saving. I was told once “in Hollywood, women in their 30s don’t exist”, in which I responded, “everyone exists; I’m here to prove you wrong and I’m really good at my job”.

What advice would you give to those who want to start in this business?

Don’t stop. This career does not come easy. And STUDY! It’s important to understand the business. It’s not about fame; it’s about exploring empathy and presenting a story. Also laugh as much as you can, because sometimes what you are doing is ridiculous.

My BFF and French bulldog Reuben Wrinkles. He has a larger Instagram following than I do (@reubenwrinkles)

· Blankets. I have sooooo many blankets at my house in arms reach. I love to be cozy at all times.

I do cardio barre and I hike with my pup Reuben. I try to be healthy and feel good in my body. It’s not about size. Sometimes I will say, “Sara, you have had too many nachos this week,” but it’s all about being happy in your skin.

It’s so LA, but I LOVE GREEN JUICE, with extra ginger. I feel awesome after drinking it and fancy when I buy it.

I just love snacks in general. I would rather have a table full of snacks than a full meal. Any form of potato is amazing. I also love cheese.

Every day is so different. Some days I will have multiple auditions and spend most of my day in the car. Other days I will be doing motion capture for a video game. And then there are days where I sit in silence wondering why I chose this career…. jk!

What’s something people don’t know about you?

I was a stilt walker at Walt Disney World in Mickey’s Jammin’ Jungle Parade!

Five years from now I will be…

A series regular on a TV show and still hanging out with my pup Reuben every day.

I like 90s pop and R&B! I don’t like songs I don’t know. The first time I hear a song I never like it. The more I listen, the more I fall in love.

Yes! I support the ACLU, The Trevor Project, Planned Parenthood and the French Bulldog Rescue Network.

I love Instagram because I’m a very visual person. I’ve curated my feed so it’s just cute animals and drag makeup tutorials. I keep my Facebook so my mom can keep tabs on me. I don’t understand how Snapchat works, but we all look great in a flower crown! And Twitter is a mixture of the funniest people and the worst people.

Favorite quote: “If you can’t love yourself how in the hell you gonna love somebody else, can I get an amen?” – RuPaul

Favorite book: Workin It!” by RuPaul

Favorite drink: The blended coffee at Romancing The Bean in Burbank. I will drive 30 minutes out of my way to get it. Once I saw Steve from Sex and the City there. He winked at me! Or maybe he had something in his eye…

Favorite travel destination: Palm Springs and Disneyland with my BFFs

Favorite movies: Choosing one is too hard! Singin’ In the Rain, CLUE and Troop Beverly Hills.

Favorite TV show: RuPaul’s Drag Race, Happy Endings and anything on Bravo. I love TV so much. TV raised me. TV is my boyfriend.